How the culture war was won 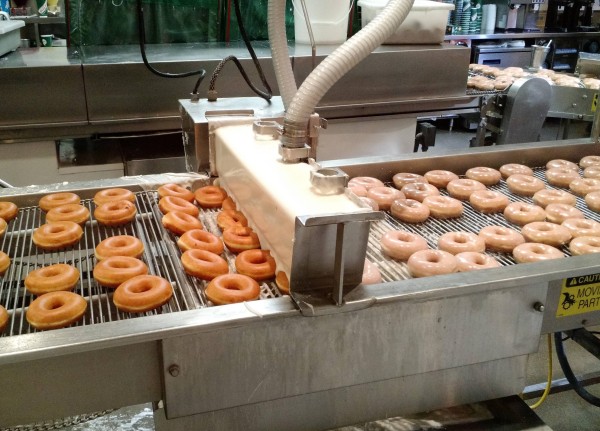 The news will give you a headache because reading it requires separating the unimportant but overhyped from the actually relevant, and only then reading between the lines. The big event last week occurred when media realized that the culture war was over and that the left won. This came not as a huge surprise to anyone, since the left specializes in validating as altruism the desire of individuals for greater narcissism, licentiousness and obliviousness to actual opportunity and threats.

When they raise the headstone over leftism — and it is not long now, despite appearances of strength — the epitaph will read simply “Here lies a FALSE HOPE.” Liberalism specializes in convincing people that actual problems are not problems at all, and with the energy saved fighting real threats, they can set aside some to fight imaginary threats and invest the rest in themselves. Liberalism sells a product called justification. On the surface, it takes the form of altruism, but more in-depth exploration finds that this was just advertising like the promises of a used-car salesman. The left resembles the guy at a party who tells you to not worry about the thirteen beers you have had because he needs you to drive him to the convenience store. And if a car crash or arrest occurs, it will not be his fault, but you will pay the price.

The recent culture war pronouncements remind me of the history of rock and roll. During its earliest years, it was simple and functional, but then with The Beatles it discovered pretense, and flowered into many directions as others interpreted that, some improving it and others making it more like the usual. At some point, everyone figured, it would just keep on going to greater extremity and intensity. That did not happen; instead: rock moves in circular patterns, rediscovering old influences and mellowing those instead of delivering intensity. It, like liberals, specializes in novelty or appearing to have new ideas all the time while it recycles very old ones. Yet it stalled sometime in the 1980s when, having exhausted its arc of discovering its logical variations and incorporating new technology, it collided with the brick wall of its own lack of ideas. There simply was nothing going on other than the variation of surface sound, and so instead of trying to change itself to grow toward new variety, rock settled for being a known quantity. Like properties on a busy drag or roles at work, it thrived less but kept the money flowing on the basis of not rocking the boat. It manufactured a series of trends, like using certain scales or guitar sounds over others, but kept all of this at the surface so everyone could participate.

Similarly the great leftward shift of American attitudes resembles not new terrain, but a circular motion achieved by a lack of space to expand. As detailed by The New York Post, American liberalism comes at a price — it is designed to encourage others to self-destruct so that valuable resources can go to those who do not follow destructive paths. In other words, this tolerance is not altruism; it is the exact opposite, which is competition so intense that you celebrate the self-destruction of anyone who might be an adversary. The culture war was won by schadenfreude:

Americans are simply, broadly, more tolerant of others who are unlike them. As a general trend, thatâ€™s heartening. On the other hand, what comes along with this mass departure of moral judgment from public life?

Letâ€™s say we grant that itâ€™s morally acceptable to smoke weed. Is it morally acceptable, then, to spark up a joint every day at lunch? Sure, as long as youâ€™re not endangering others. Itâ€™s still not terribly wise, though.

This shows us America at her most cynical. Each of us derive benefit from having our potential competition strung out on drugs, obsessive about gay marriage, or otherwise taken out of the loop for actual competition. Even more, we get social success points for approving of the latest ideas that media, government, big corporations and all of our friends also approve of. In this we see the paradox of non-conformity: if most people conform to a single idea, changing the ideal just creates a different form of conformity. Only finding a different direction avoids the endless loop of trying to stay cool, keeping up with the Joneses, following trends, chasing fads, and other ways of keeping “relevant” that people who do not believe in themselves depend on in order to like themselves.

Social justice viewpoints are a way to show that you are “above” others. They are ignorant, primitive, unthinking and impulsive. You are enlightened, altruistic, egalitarian, tolerant and compassionate. This puts you above them, even if they have bigger genitals, smarter brains, heftier muscles or more money. You have a reason to sneer at them and treat them like the people who should be picking your cotton. Social justice makes heroes and tyrants out of underconfident people, and does so in the same moment.

What we see now playing out in the last days of the culture war is the same stuff we were introduced to in the first days of elementary school on the playground. People will do anything for power, short of achieving it by being actually useful and contributing to society and nature, and they become horrible bickering chimpanzees who drag each other down in order to rise above the herd. The nonconformity and iconoclasm of the gay marriage and pro-pot people is in fact the ultimate form of conformity, which is not behaving as others are, but having the same motivations as they do. Americans are trying to be cooler than each other by embracing whatever weirdness has come to them from above, and finding ways to both be obedient and appear “different” at the same time, and the result is the loss of the culture wars to the attention whore era.

The narrowing of the discourse | The personal is not the political