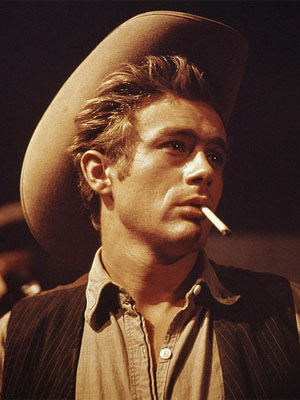 How do you rebel against a society with no standards?

We live in a time of unprecedented permissiveness. The individual is our highest goal, and thus whatever that individual chooses to do is near sacred in our modern lexicon. We may not agree with what they say and do, but we’ll fight to the death to protect it.

Behaviors that fifty years ago would have resulted in criminal charges are now normal. This seems to be a disease of first world societies; in parts of the world where they still perceive that they have a lot to lose, standards are more circumspect.

You can do anything as a rebel. Although drugs are still illegal, they’re de facto legal enough that you can purchase them and stand a good chance of never going to jail. You can tattoo yourself, burn scars into your flesh, have sex with 500 people at once or have 14 kids and live on welfare.

There are no consequences. You may stand in line a bit more for insurance and benefits, but you’ll get there. And be as freaky as you want to be.

This permissiveness makes us easy to control. Distracted with small pleasures, we become oblivious to the world beyond ourselves. This is why traditional religions and conservative ethics hold that permissiveness is a bad idea. It keeps your mind off the task of life itself.

Back in the 1950s, we had conservatives to rebel against. They even got outraged by smoking cigarettes in the bathrooms of our high schools! Now people get raped and smoke meth in those rooms. How do you top that, for rebellion?

Even if you shoot up your high school and leave a trail of bodies, you are most likely to find yourself in an insane asylum, writing checks to your lawyers from a government loan.

The only rebellion, heresy and “acting out” that’s left is to rebel against permissiveness.

Instead, you have standards. Get a career in which you can do not just well but do good, get married to someone chaste and loving, spend your Saturday nights reading, listen to classical music and have a reverent and religious attitude toward the world. Viewing it as a gift for sober enjoyment deep in the soul, not through consumption.

We have no rebels. They’re all antiheroes repeating the tired game that was played out in the 1960s and now is another cliche like you’d find in a television commercial. Their rebellion is hollow, and only affirms the need for equally fake “heroes” to rebel against.

Even more, it seems like the idea of rebellion was played out, all along. To be a rebel, you must find an authority figure to rebel against. You each need the other as much as yourself. You aren’t leading, you’re following, just in a negative way.

But people thirst for easy answers, and so the mythos of the rebel lives on. James Dean will spend more time on expensive posters in angry teenage bedrooms than he ever spent onscreen. Jim Morrison will re-live his drama of flagging ambition over and over again in the eyes of angry would-be rebels.

Our politicians endorse revolutions and rebellions as positive things. They encourage permissiveness and profit from it. They will send tanks and planes to destroy anyone who does not agree.

Rebellion is played. The only heresy left is to drop out of the yes/no gave of the rebel and authority figure, and instead to look hard at reality, and pick the best life possible given that constraint. If nothing else, it’s the only truly independent course of action that remains.

Greece | The moderates destroy us