The Life and Death of Brandon Vedas 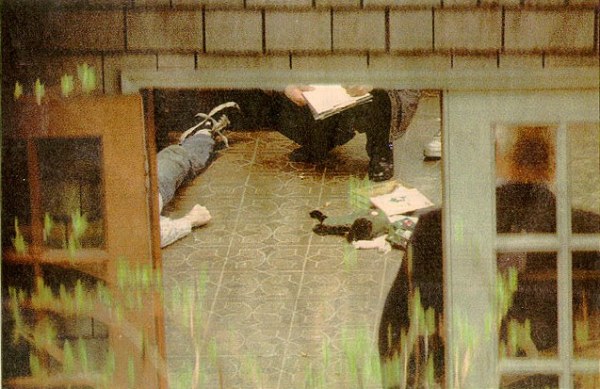 Suicide visits in unexpected ways. People — addicted to the pretense of everything they do being just fine, and no need to watch out for the grim reaper or other Darwinian ghosts — choose to ignore the cause->effect relationship of events. Thus to them suicide “just happens” and cannot be predicted.

A more sensible outlook provides that all events have causes, and that if a suicide comes about, an underlying discontent actually caused it to happen. In some cases, the discontent and the suicide merge, as was the case with Brandon “Ripper” Vedas, who overdosed on a mixture of drugs while friends in an online chatroom watched him die via video chat.

While other participants urged him to take more drugs of different kinds, Ripper kept up a brave face. His ultimate goal: to shoot down criticism and affirm his importance through social position, inverting peer pressure. As he told them:

At the point he typed those words, Ripper had just consumed what many participants in the chat recognized as a dangerous cocktail of drugs. Apparently his mother only one room away had no idea what was going on and saw no reason to check on what he was doing. He rapidly lost consciousness.

During the time when Ripper slumped at the computer monitor but before his death, chat room participants debated what to do. Some encouraged calling emergency services; others, fearful of their own participation, encouraged no contact. They did not want to possibly face prosecution for their own drug use.

As the situation worsened, panic in the chatroom picked up, but most of it involved the fear of the members that they, too, would be somehow culpable for the drugs or the impending death. Self-interest trumped concern for the individual member of the group. And then it had become too late.

Before losing consciousness, Ripper typed his last words on this earth:

This and his famous lines “told you I was hardcore” and “I’ve got a grip of drugs” serve as his epitaph. When the body was discovered, recriminations began. And yet no one went to jail for drugs, or even for debating their fears of their own culpability as he died.

His death remains emblematic — moreso than his life, apparently — because it showed a person going along with the mob will to the point of self-destruction. Standing up to peer pressure is harder than survival because social coercion is so intense, even though social coercion is the basis of our morality, democracy and social interaction. We have the last moments of Brandon Vedas to remind us of that.

If all bad parents killed their kids, the gene pool would thrive | Anti-Inclusiveness FAQ (Jim Kalb)