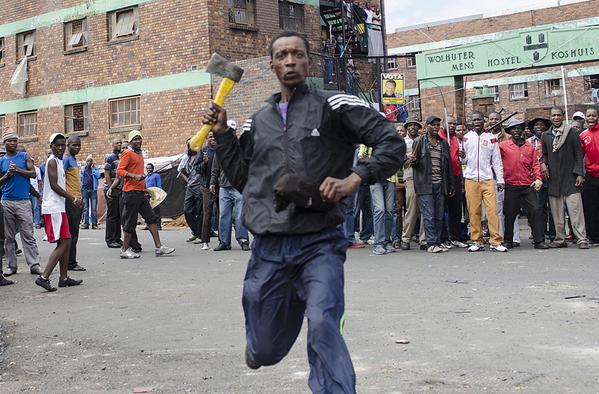 The behaviors that evolved alongside us — complementary gender roles, xenophobia/nationalism, chastity, self-sacrifice — did not emerge because they were the default ways of nature, but because they enabled us to rise above the norm for species, which is to approximate a mean. Instead, humanity pushed further. It was only with The EnlightenmentTM that we abandoned this eternal knowledge.

We are all accustomed to diversity failure stories from South Africa. Long story short, people became outraged in the 1980s that South Africa maintained a system of racial segregation called “apartheid,” and assumed it and not inherent differences between peoples was responsible for black poverty in contrast to white wealth. The international community raged, South Africa caved, and now rapes and violence are through the roof and the thoroughly diverse government is totally dysfunctional.

At this blog, we take a different view of diversity: that no matter what groups are involved, it fails because it gives groups a choice between submission to a mass-culture through assimilation or being perpetual impoverished outsiders. The choice itself is offensive enough to launch revolutions, and it makes both whites and blacks in South Africa miserable.

This week our bumbling drunken media discovered another South Africa story: diversity failing within a race. Notice how carefully The Wall Street Journal reports it:

Attacks on immigrants, many of them from other African countries, in and around the coastal city of Durban have subsided after the deaths of six people there, police said. Some 112 people were arrested in KwaZulu-Natal province, which includes Durban, during the riots there, according to authorities.

Some South Africans have accused immigrants of taking jobs and opportunities away from them in a country with high unemployment. The government has said it is addressing complaints about undocumented migrants, while noting that many foreign nationals are living legally in South Africa and contributing to economic development.

Newsweek portrays the story in much the same way:

For local observers, the attacks were not unexpected and reveal a long-simmering tension between impoverished South Africans and entrepreneurial migrants trying to make a living at a time when the unemployment rate is 25.5 percent. Still, the violence has shocked many in a country that prides itself on its relatively peaceful transition to democracy after decades of apartheid.

â€œThe attacks in Durban happened because the government failed to deal with the root cause of xenophobia,â€ which is South Africaâ€™s dire economic situation and high crime rates, said Dewa Mavhinga, a senior researcher for the Human Rights Watch Africa division. He is Zimbabwean and decided to return home from Johannesburg this week after witnessing threats of violence against foreigners.

As you know, with media you must read between the lines. They are going to tell you a story that leaves out key details and rely on your imagination to fill in the blanks.

Who are these entrepreneurial foreigners? Saudis? Mexicans? Germans?

No: other Africans. This is black-on-black violence.

The people resisting them are the ones we are told we impoverished because of apartheid. Apartheid being gone, they continue to be totally dysfunctional, probably because they themselves were immigrants into South Africa’s coastal areas from further inland who came to South Africa to take advantage of its newfound wealth. Now they are finding that the loss of apartheid created a form of affirmative action that was a de facto subsidy, and it has weakened them.

Diversity works in no form. It is a paradoxical idea. Based in an emotional desire for peace and equality, it ignores the differences between peoples and more importantly, the need for each group to have its own identity. Having lived in minority-majority cities for most of my life, I have seen black-on-Hispanic, Asian-on-Indian, Hispanic-on-Asian, Indian-on-Arab and other forms of minority-on-minority violence. Diversity fails on its own, not because it is obstructed by white people or because of historical grievances.

Think of it this way: what kind of person do you want stopping you as a cop? Someone who is like you, or not? Who do you want in office, and as your doctor or lawyer, someone like you or not like you? In our human arrogance, we assume we can re-define who is like us through politics and take any random person, teach them to love democracy and consumerism, and have an instant ally.

It is not so. Real diversity — which is nationalism, meaning that each discernible group gets self-rule and self-determination by excluding all others — came about through the wisdom of nature. It is what allows us to evolve and survive while keeping social standards through culture, and it is better than all that governments can do.

As South Africa winds down into chaos yet again, we are reminded of the narcissism of humanity that has us ignore obvious rules of nature. We think that we can conquer all that is out there with guns, laws and internal combustion engines. But the beast is within, and it as the product of billions of years of evolution is far smarter than we are.