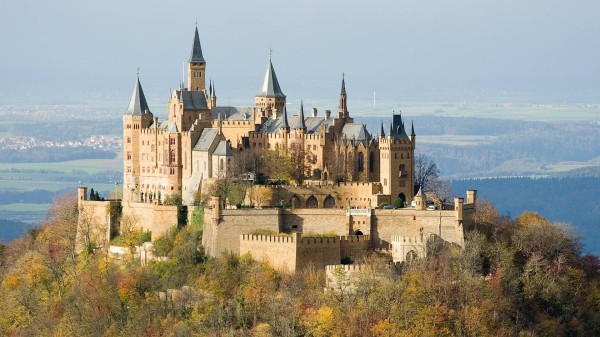 Some posit that Adolf Hitler took the form of an avatar of Kalki. The “annihilator of ignorance,” Kalki essentially raises flags in history for observers to see where humanity went off track. By waging destructive war with industrial weapons and committing genocide, they argue, Hitler showed us the raw core of modernity: ugliness and destruction.

While such comparisons may be off the mark, the meaning of someone’s actions can be greater than they understand them to be at the time. We say more than we intend. Our acts reveal what we are reacting to and the paradoxes of our age that remain inscrutable to us. The same can be said of the Allies. They certainly didn’t have sweetness and light in their hearts, and yet they may have been unknowingly serving a higher purpose.

Consider that the 20th century was marked by a fundamental clash that would define it. This clash brought into conflict those trying to hold on to the tiny fossilized fragments of past truths and those less spiritually developed but more in tune with new conditions. While the ancient past was a more spiritually developed age (but one of lower consciousness) the newer age possessed no such wisdom and yet provided great pragmatism in how it responded to present — and not eternal — conditions.

In the end knowledge in its essence cannot be destroyed, but it often must be torn down in its external manifestation to grow again from scratch in a new form. The grandparent must age and die for the infant to be born and flourish. Otherwise we would be doomed to stasis.

We stand on the edge of a great awakening. Take away easy prosperity, have a little more visible mortality and destroy the moral prestige of liberal democracy and political correctness: people start to think when that happens. They can no longer rely on these ideologies as reflecting practicality, but see the new age as now being as out-of-touch as Hitler was. Where Hitler was trying to restore the past with modern methods, we are now trying to perpetuate the post-modern era with modern methods that were more appropriate in 1789.

Unpacking this requires we look at the difference between form and spirit, much like the split between avatar and essence. The old traditions were eternally true in their original spirit but in their form were not suited to the ultimate destiny of the world. The light had gone out of them many centuries previously, and you simply had to see a winter before the spring. Their form and spirit had become confused, and people like Hitler were trying to make a static form out of an un-static spirit, and the result was disaster.

How else could you have seen a revival of civilization in regions that had gone dark and its introduction into areas that had never been civilized? Without a loss of nerve by the English, I don’t see how India could have begun to flourish (again). And because the mass of people are how they are, the only way to do it was for them to believe something that was false but served the purpose of providence, such as political correctness and liberal modernity. A dead zone needed to be created, much as a forest fire turns once-great trees into decay to nourish the next generation.

A return never happens. Even the fascists and national socialists did not attempt this and they were highly modern. Hitler notably pioneered equality of opportunity more than England or the USA in the 1920s and 30s. After death, renewal occurs, breathing new life into culture and institutions by taking the best from the past. This does not happen through mimickry, where wholesale imitation of spirit results in an inferior form that makes a mockery of its intent.

We see this unfolding already before our eyes currently. The Kali Yuga — the age of death and deceit comparable to the Norse ragnarok — is already over, and we are already in a transitional period. If you wonder why so much confusion afflicts us, look to this transition. The past served horror and death as a means of exiting a world where eternal truths no longer had relevance, and now in the ashes of the ruin and the toxic rain, we are the seedlings that rise toward the sun.