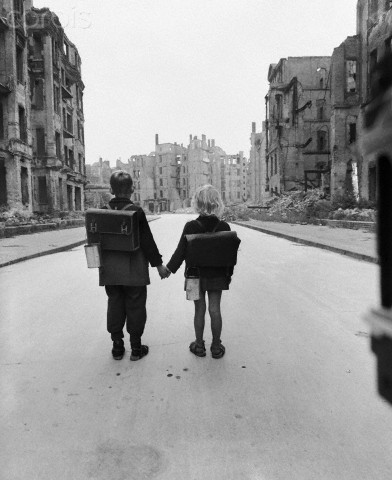 See, long ago there was a war. This wasn’t the first great war, but the beginnings of all modern wars. There were a bunch of peasants and a few kings. One day the peasants rose up and took over and killed off the kings. Thus began the instability. That was 1789, in a place called France.

The next century spent itself trying to find a balance of power. First there were these wars for removing the kings all over Europe. Then there were wars to get the remaining monarchs in line to oppose the new tidal wave. Then there were those who wanted the monarchs dead. Finally all seemed just about quiet.

Quiet, though, does not mean inactive. It means that the problem did not get solved. And so, tension built. Who would ally with whom? And what kind of order would rule, kings or politicians? What form would that order take, merchant or ideologue? In the meantime, the people — the ones put in power back in 1789 — wanted it all to just go away. So they ignored it.

In 1914, someone sparked off the blast. It doesn’t matter who because it was inevitable anyway. The balance of power was too precarious. And so there were four years of war when many of the best hopes of the future died on battlefields for inches of terrain later given up. Machines crushed their bodies.

That came to an end with no real end. So many were dead and so much destroyed that the sides basically just quit. They were too unstable to wage war anyway. But the resentment festered and so a generation later it launched itself again, this time based on how one ideology had firmed up after the first world war.

Well, the group with that ideology won that second war, and so did another group which adopted part of that ideology. They wanted to not be like the enemy, so they went the other direction, and didn’t want to get taken over by the full ideology of their allies. So the USA took on a mix of the new ideology and its founding myth. “We are fighting for freedom, equality and liberty for all people.” Sounds good.

But then the real problem began. The US found itself the only country with its industry left operational. It also had raised a generation of people in this propaganda, freedom-equality-liberty-for-everyone. They believed they were entitled to anything because they were the good people. They prospered because they had no problem taking things for themselves. They were owed them.

They also produced a “baby boom” because they all had kids. But these kids were raised unlike any other generation in history. They got treated as property, essentially. “You’re here to make me look good,” their parents would say, and the parents never questioned themselves. Why? Because they won the war for freedom for everyone. They were the Good Guys. That could never change!

The baby boom kids really hated their parents, and as a result they hated their country — not just in the USA but in France, the UK and Germany too — and they really hated the war. So they beat it. They came up with a new war, a social war, to bring freedom-equality-liberty-for-everyone to every possible group. This tore society up worse than Russian artillery could have.

These kids were born in 1944-1955 and they really wrecked everything. That was their goal: be like their parents and take everything, but this time, leave a smoking ruin. Because they hated it, all of it. The hypocrisy of their parents, the boredom of working in offices and yes-sir-no-sir to fools, the slavering greed of seemingly everyone when money was mentioned. The rot went deep.

But the problem with these people is that they were narcissists. Raised by their parents to be pets, basically, they had to come up with a reason to live for themselves. They did. They started to see the world as an enemy and themselves alone as a goal worth pursuing. They trashed everything because to them it was just like their parents.

In 2030, they’re going to be in their 80s and 90s. Most of them will be dying somewhere in there, probably late 80s. They will carry their attitude toward their graves while the rest of us try to clean up the mess. It’s tempting to blame them. But the problems of 2030 began in 1789.