The importance of home

One element of culture often overlooked is the idea of home; specifically, how important roots are when growing from a child into a man or woman.

Many in their 20s or early 30s never cared much for the idea of home, mostly due to parents who never gave them a reason to care. Most children, when raised with love, and friends and relatives nearby, will have f

ond memories of home and won’t jump at the first opportunity to relocate.

Too many parents foster households where kids are a nuisance; a television set but less interesting. While not exclusively their domain, the young adults from these homes tend to later move anywhere for the hell of it. “Let’s move to New York City”, “I want to try a new place out; I’m bored here”, and ultimately, jumping around for the sake of administrative/mid-level careers.

These are the type of folks you see in movies like 40 Year Old Virgin; a collection of randoms in a warm-climate city with boring jobs and zero connection to their surroundings.

Not to say moving itself is a bad thing. If one is very intelligent, and the best university for one’s area of expertise is thousands of miles away, one has to weigh the pros and cons of leaving home, possibly for most of one’s life, or not succeeding as much at one’s chosen profession.

But it’s almost expected in places where there are no large or coastal cities. This one is currently working in Scotland; that one took a job in Texas but wants to move to Chicago soon. What is life except your job and your shallow dating life, if the people you know best are constantly thousands of miles away?

This phenomenon has grown in recent years, and it matches similar symptoms of societal decay like increased immigration rates. On either side of your house, there may be a family from some third world place or other, stamped visas and all, just “getting by” with corporate jobs but otherwise holding no ties to the community.

The idea of home is robbed from us when we stop caring about who lives next door, and who runs our town. This attitude works outwardly as well; politicians from small, indifferent districts will become indifferent and corrupt when attaining higher office. This problem is like adding water to a musty basement; pretty soon, you have rot everywhere.

Later in life, the desire to move for mundane things breeds the HGTV mentality. People move to places where property is cheaper, not knowing the demographic of their new home, but not caring because it looks like something that nice lady on TV showed to the cute couple.

While it’s good to have a mobile labor force, allowing economic activity to peak during good times and land softly during a recession, that mobility at the expense of local culture only takes us as far as our base desires allow. 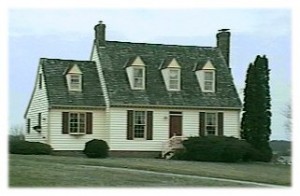 Culturally speaking, strong roots and a solid idea of home, including a tightly knit neighborhood where behaviors and mores are sharpened during developmental years, creates a great framework for children.Â Â  In this model, local school systems would actually reflect the values of a community instead of what’s being broadcast on CNN.

The “wrong side of the track” types could still work hard and change the fortunes of their lineage, learning lessons along the way, in contrast to a perpetual welfare state for those disorganized enough to fail.Â  Similarly, kids from wealthy or strong neighborhoods who become burnouts would change theirs for the worse.

This is more natural, and better, than forced averaging.Â  Our fear of inequality drives us to fit all kids into the same mold, under the umbrella of “equal chances for all”. What they leave out is that no kid is 100% equal to another, and that is true as early as birth.

Being a philosopher | Endless class warfare