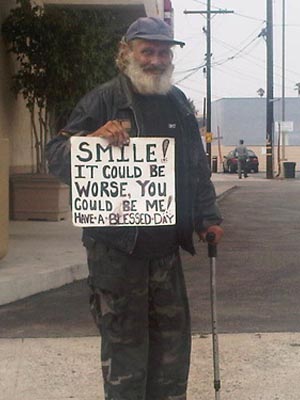 Let me introduce you to the future of diversity: endless class warfare.

Diversity — of any form: ethnic, racial, cultural, religious, customs or language — pits a majority against an underdog minority. All underconfident people then flock to defend that minority as a means of raising their own social status.

Since the French Revolution in 1789, the West has been wracked by class warfare. Its obsession with “diversity” (which in actuality means importing third-world peoples to be leftist voters) is just the latest extension of this war.

It will not end, because even when every single person is so ethnically mixed as to have no determinate heritage, divisions will exist. Specifically, any group that appears to be on top will be a target: men, rich people, smart people, good-looking people, etc.

The dogma of equality will enforce itself upon us until a lowest common denominator is reached, at which point no one can be said to be “getting ahead” of the herd.

In the meantime, any majority that is wealthier, smarter or better-looking than its imported labor should watch out — the minority rapidly becomes a majority, and then takes over, basically seizing the wealth of the former majority:

The growth rate of the Palestinian population inside Israel is highly instructive. In 1948, the Arab population of Palestine (which included the land today called Israel) numbered 1,319,000.

Of this figure, over 1.2 million were driven out in the 1948 civil war which erupted following the establishment of Israel, and by the time the dust settled, there were only 160,000 Arabs left inside Israel’s 1948 borders.

It is this figure of 160,000 which has now multiplied, through natural growth only (bearing in mind that Israel does not allow Arab immigration) has now reached 1.5 million.

Israeli Prime Minister Benjamin Netanyahu called this a “demographic bomb” in 2003 and he specifically said that if the “percentage of Arab citizens rises above its current level of about 20 percent, Israel will not be able to maintain a Jewish demographic majority.” – BNP ideas

In Israel, as in Europe, the USA and even Northern Asia, the class struggle deepens.

The wealthy majority finds itself suddenly facing huge numbers of people who want to move there. Well, big surprise — wealth is there.

To encourage us to let them in, these thronging masses and the low self-esteem cases who appoint themselves as defenders of the newcomers demand we pay attention to a notion called “equality.” This means that every person is just like every other, and has a right to whatever another has.

Yet that’s not why these countries were founded. Europe’s history is one of people moving northward to escape larger populations to the south; the USA was founded to achieve independence from a politically-unstable Britain; Israel exists to preserve the ethnic, cultural and religious group known as Jews.

Those who founded these nations would reject the modern idea of immigration:

Malik instead claims that the Founding Fathers believed in a universalistic and colorblind American Exceptionalism.

This, he argues, began with the Puritan leader John Winthrop’s much-cited “City upon a hill” trope.

But Winthrop’s city was for white — and, even more specifically, British Puritans. Winthrop owned Indian slaves and oversaw the introduction of the African slave trade into his colony.

Malik acknowledges that the original draft of the Declaration of Independence includes the phrase “of our common blood.” However, he says this is irrelevant because the “the canons of statutory construction mandate the exact opposite conclusion”.

But how does he explain that the Constitution explicitly enshrined slavery? Or that in 1790, three years after the Constitution was ratified, Congress passed the Naturalization Act which limited American citizenship to “free white persons”?

However, this does not mean that the fact that America was founded by Europeans is not integral to its identityâ€”or that a non-white America will necessarily be able to maintain the same manners, customs, and government.

The whole essay is worth reading, but its point is well-made: stable societies do not endorse class warfare.

They do tend to like meritocracy, or letting the best rise. But that is at odds with programs like affirmative action and other ethnic subsidies.

The problem is that in a majority-minority situation, perpetual class war is a given. For that reason, one side will always be agitating for ethnic subsidies.

Krugman is also correct when he points out there was never any huge work relief program like the Works Progress Administration or the Civilian Conservation Corps from the Great Depression.

In the last three years, have you seen anything comparable to the Tennessee Valley Authority or the Hoover Dam emerge from the “American Investment and Recovery Act,” which had a $787 billion dollar price tag?

For his objectives, Barack Obama’s stimulus makes sense. Part of his goal is to raise up the poor African-Americans, and he believes a subsidy can do this. If he read more history, he would see that the subsidy will not work; all that will work is giving African-Americans self-rule, which requires we end the “diversity” charade.

This applies to all majority-minority situations, whether 115 average IQ Israels facing 95 average IQ Palestinians, or the European and American experiment with 110 average IQ natives struggling with 95 average IQ imports.

These differences are bigger than race, but race exacerbates them. For example, Europe’s peasants were probably clustered around 100 average IQ. However, when ruled by smarter people of the same stock — who they could look up to like big brothers — they were able to keep mostly in check. Race just complicates the situation.

A number of white supremacists (or, as they’d like to be known, “racial realists”) have begun taking steps to secure legitimate homes for their racist ideologies, from city councils to the executive branch of the federal government.

David Duke, former grand wizard of the Ku Klux Klan and 2012 presidential hopeful, isn’t a stranger to politics. He’s served as a member of Louisiana’s House of Representatives and, until 2000, was the Republican executive-committee chair in his district. Duke has also run for a whole host of other public positions, and despite his blatantly bigoted beliefs, he’s done surprisingly well. In a 1990 campaign for the United States Senate, Duke received 43.5 percent of the vote, and he considered his bid for Louisiana governor a year later a victory, as he won 55 percent of the white vote.

Duke isn’t the only famous racist hoping to find himself in the Oval Office in 2012. Billy Roper, head of The Nationalist Party of America, a neo-Nazi group that began online in the late 90s, is also making a run for President of the United States. His platform includes putting an end to dual citizenship in the United States and building a 2000-mile double-line electric fence and barricade wall patrolled by military forces on the U.S.-Mexico border. – Colorlines

Class war has now defined the West for several centuries, and caused numerous wars, internal conflicts, and constant social agitation. It has held us back from greatness, costs us trillions ever year, and deprives us all of a stable community with common sense social standards.

When we hear people talking about “racism,” we should stop and replace that term with “endless class warfare.” This struggle is not about race; third world peoples are used as pawns in this game because their situation attracts pity, and makes it easy to accuse others of “racism” instead of examining the complex situation that brought them to that status.

Class war arises because people closer to the unskilled labor end of the spectrum tend to breed at higher rates than the skilled, educated and wealthier. As a result, these unskilled laborers expand beyond the carrying capacity of the land, and then find they’re starving. As a result, they attack and kill their leaders, which in turn leaves the country without capable leadership, so it collapses inward.

This is what people fear from endless class warfare:

A new survey from Insite Security and IBOPE Zogby International of those with liquid assets of $1 million or more found that 94% of respondents are concerned about the global unrest around the world today.

Fully 90% of respondents have a negative view of the current global economic climate and 41% say they have little or no faith that the U.S. will be able to right itself in this fiscal climate.

“The survey found a seismic shift in the attitudes of the wealthy and how they are living their lives, the way they travel and how they are running their businesses,” said Christopher Falkenberg, President of Insite Security. – WSJ

People with money know how to make money. We should pay attention to their wisdom if this is the trend they are seeing.

This trend is in fact how all societies collapse. It is what happened in Russia and France, where the peasant population — thanks to the able care of their aristocratic leaders, who ended much of the widespread disease and disorder — grew beyond the carrying capacity of the land. Starving, they revolted.

In Greece, we see the same situation. Good leaders made a land prosperous; the population then ballooned and absorbed all that wealth. When the coffers ran dry, the people revolted — not realizing that they, not their leaders, are the cause of their own misfortune.

Throughout Europe and North America, pity for third world peoples is being used as an excuse to import them, give them welfare, and then make racial preferences for them. The result is constant class warfare and a sacrifice of our wealth to this new false god, instead of re-investing it in our future. Eventually it will run us dry and revolt or mass disorder will become inevitable.

There is no way out except to end diversity, and thus end this troublesome and destructive class war.

The importance of home | No pandering