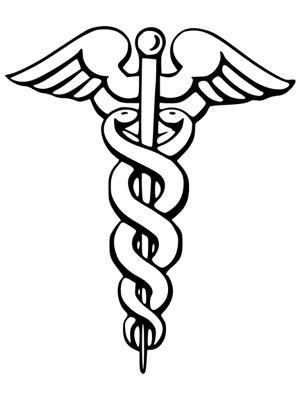 Friedrich Wilhelm Nietzsche cannot be described as a traditional philosopher.Â  He consistently returns to the the theme of health, he refers to himself as a cultural physician, and he famously wrote, “my genius is in my nostrils.”

He may be referring to how in everyday life we are predominantly conscious of the divide between true and false, and less aware of the divide between healthy and sick. Some would say this occurred because we have taken our more primitive functions for granted and fallen in love with our brains instead, forgetting the wisdom of our other organs.

The immune system does not operate on the level of true/false. The same is true at the cultural level.Â  We are too in touch with our brains, and not enough with our immune system and our nostrils.Â Training our brains to become comfortable with cultural ruin is not a solution; it is a rationalization.

Avoiding rationalization requires we embrace the irrational. Our cultural antibodies must irrationally fight the disease without appeal to the brain. Today we are reliant on medicine in both a literal sense, and a metaphorical one. Like a patient who becomes accustoms to antibiotics, and thus loses the ability to fight disease without them, our rationalization of the status quo on a cultural level has weakened us.

Imagine three different tribes.Â Tribe A has superior intelligence, medicine and technology.Â Tribe B has superior spirit, religion and willpower.Â Suppose that these two tribes are warring with each other.Â  Tribe A uses medicine and technology to heal its sick and wounded at all costs.Â Tribe B shuns medicine and instead puts its faith entirely in the will of the universe to heal its sick and wounded.Â Clearly, Tribe A will crush Tribe B, and perhaps only a very few of exceptional health from Tribe B will survive.

But out of the mist comes Tribe C!Â Tribe C uses medicine only in emergencies and otherwise puts its faith in the will of the universe.Â They believe that the strong will survive with or without medicine.Â Perhaps in the short term Tribe A will get the better of Tribe C thanks to their superior technology and medicine.Â But it’s not at all hard to imagine that in the long run,Â  Tribe C will emerge victorious.Â The literal and metaphorical immune system of Tribe A will become dependent on medicine, while the literal and metaphorical immune system of Tribe C will remain robust thanks to nature.

There is nothing moral or immoral about a disease invading a body.Â  The disease does what it does.Â  But by the same token, the immune system does what it does.Â It is no different when a native culture resists and rejects foreign ideas and influence.Â It has nothing to do with morality nor does it have anything to do with what is “true” or “false.”Â

The antibody is as irrational as the disease, and as single-minded. The question is not about true and false, but a will to power and the will to life.Â We should not fight or justify our own irrational cultural impulses.Â We should integrate them.Â They like our immune systems ensure a long and healthy life.

SOPA a distraction | Being a fan