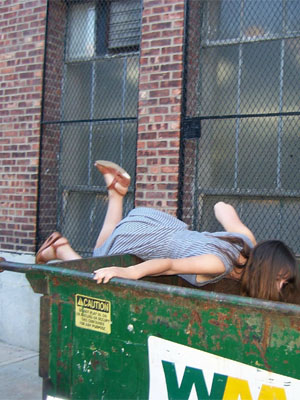 The problem with civilization is that it tries to make a perfect system of rules to eliminate uncertainty and doubt. However, in doing so, it creates a reality in itself, like a game, which can then be mastered by people independent of the underlying reality. As they do this, society drifts apart from reality.

Like a snowball, socialization itself gains momentum and mass at the same time. It becomes a reaction out of control, resembling a nuclear meltdown in its achievement of critical mass and then an uncontrollable cascade. At first, it can be arrested but then it reaches a state where it is reacting to itself and cannot be restrained.

One mention of this that is particularly interesting comes to us from the classic literature of the 1920s in which writers wrote about their time. Scott Fitzgerald describes people “doing stunts” to draw attention to themselves. Ernest Hemingway describes people acting outlandishly as a means of passing the time or becoming socially powerful.

This way of drawing attention to oneself is a chain reaction like the ones described above. At first, it is a benign form of attention whoring. But with each event, each person must make themselves more noticeable than the others. This quickly moves from simply outlandish to obscene, ironic, prurient, insane and self-destructive.

Similarly, one way to draw attention to yourself is to project a false concern for others. By doing this, you demand that whatever they are doing should be tolerated. Since you don’t care what it is they’re doing, or what its consequences are, and only worry about making yourself look good, a spiral appears here too.

In the West right now, we’re seeing a mass immaturity wave. Our cities are flooded with hipsters who specialize in being ironic. Our media is full of foolish celebrities who act beyond rationality in order to stay in the news. Even our leaders, in an attempt to be cool like the kids, are acting like teenagers.

When we see elections like 2008 and 2012 where one party wins by lying, making promises, distorting the truth and evading actual questions in favor of “flavor issues” that have emotional or ironic appeal (“first black president,” bro!) we can see the future of the immature society: it consumes itself by feasting on delusion.

The elusive white whale of truth | A point of view