The elusive white whale of truth 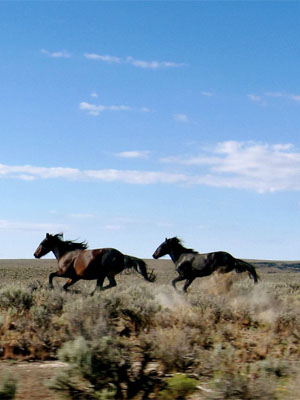 There’s this game that kids play that goes like this: first you ask the other person to repeat the word “toast” for 45 seconds, then you ask them what goes into a toaster. They usually answer “toast.” The correct answer: bread.

In the same way, we are conditioned by the mainstream media, but also by the people around us. If enough people are walking around us saying “toast,” it’s what we say at the ballot box, or in conversation with the new boss or girlfriend. We may even use it as a stepping-stone in our own career, building theories on theories.

One of the things we’re conditioned to do, if someone asserts that decisions should be made based on a standard and not a rule, is to ask “but who decides?” and alternately “but who watches the watchers?”

In our modern society which is predicated on equality of all human beings, we are conditioned to think such questions are intelligent. We are also conditioned to shoot down anything but rules, because rules are a two-edged sword: in prohibiting conduct, they make everything else legitimate and encourage us to push as close to that line as possible.

A standard on the other hand is less precise. “Don’t allow any meat that a decent human being shouldn’t eat” is the opposite of a rule. It requires interpretation. This makes the crowd mad, because not everyone can make this decision successfully.

As a result, they will start asking the usual questions and accuse you of having a subjective standard. However, they’re using words they don’t understand. It’s an objective standard; it just requires judgment. They are assuming that because not everyone can make this decision, it’s somehow unrelated to reality, when the opposite is true.

Not every decision should be made by every person. You don’t entrust your car to just any mechanic, and you don’t get medical care from just anyone on the street. We don’t even entrust politics to the average person, at least beyond the vote. Our leaders tend to come from our elites. (We change those elites for political reasons sometimes.)

The social fiction is that we’re all equal and anyone can rise. The grim reality is that your abilities determine your ability to rise, or should, because otherwise, you’ll rise to a position of incompetence and then start wrecking the futures of the rest of us.

Our witless prole drift culture likes to draw absurd distinctions like fact/factless, subjective/objective, political correctness, socially acceptable, etc. These are all proxies for what the crowd likes, and what it doesn’t. They can’t say that (it would be subjective) so instead they invent nonsense rules.

This allows them to conclude that if not everyone can perceive something, it is not factual and is subjective. Never mind that they’ve just put a subjectivity standard of what people can perceive and made it into an objective one. They specialize in double-speak and nonsense because it hides their insanity.

Conservatism — and why do we even use that word? because we like conserving truth — stands for the opposite principle, which is the idea that everything is objective. We measure results. We assess likely results. We make reasonable estimations and quality and probability.

If you want to know a path to health and happiness, it is this kind of sanity. Instead of playing in a sandbox in our minds made up of our wishes and desires, we focus on how things work in reality, and choose from among the options offered so that tomorrow is better than today.

But according to neurotic liberals, that’s a “subjective” standard.

Tell me no lies | The immaturing of America