A point of view 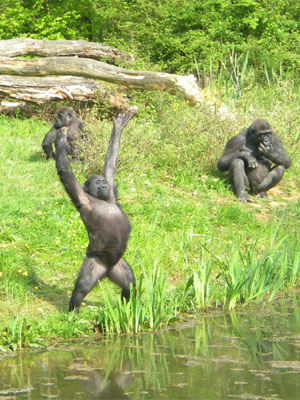 I observe. This, above all, is what I do.
Being as this is what I do, above all, I have become very good at it.
I notice things. In fact there is very little I don’t notice. Not much point in observing, is there, if you’re going to not notice things?
Here is something I notice…

There are infinite ways of looking at anything. Infinite viewpoints. That you may not know that this is so, does not make it so. Or not so. And so, having sown mystery, I will enlarge upon this theme. But not too much, lest the mystery become so deep as to be completely unfathomable.

In not enlarging too much, I will reduce infinity to only two basic points of view. This, for the sake of clarity and ease of grasping. To conveniently put the one simple thing against the other simple thing, for the sake of simplicity. Left compared to right, shall we say?

Being the center, around which all else revolves, it interests itself in controlling all else so that all else is arranged in a way that suits itself, and that is to its specification.

Whereas the other one sees it thus:
Itself as an adjunct on the periphery of all else, around which itself revolves. It explores all else, in order to discover how it may fit itself into all else, so that it may survive amid all else, while not incurring the wrath of all else, by harming or hindering all else in some way.

The one wishes for all else to fit into itself.
Whereas the other wishes to fit itself into all else.

These two points of view are as opposite from each other as it is possible to get, and we consider them because they are the extremes that they are. Different. Fundamentally so. Which then, is the right view, and which the wrong?

Possibly neither is right, and neither wrong.
Whereas one is certainly more realistically attainable than the other.
One can never be the be-all-and-end-all of all else, no matter how much one might wish to be.
While one may certainly be a part of all else, even when one does not specifically wish to be.

Life is. With or without oneself, there is life.
When one dies, life itself does not die with one.
Although there are those who may as well come right out and claim that this is so.
Which doesn’t make much sense.

It makes more sense to admit that all else continues, no matter what happens to oneself, because experience shows that while many have died, across the centuries, the universe and all it contains keeps right on trucking.

There are those who can see this, and those who can not.
Left and Right, Right and Left.
Life is about neither one, when taken as a whole.
Like binocular vision: it is the two that give the knowing of depth and reality, human-style.
One eye may be better than the other, and almost certainly better than none, but the truth lies somewhere between the two.

The immaturing of America | The buzzing of the hive