The idea of religion 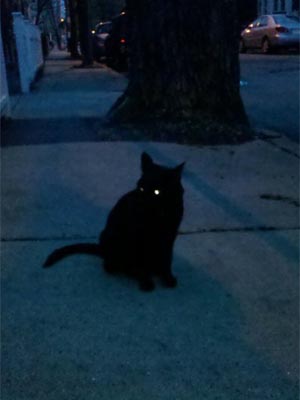 Most of us who are now in our 30s or 40s grew up in a time when religion was dominant, and as part of the established hierarchy, was there to tell us what to do against our wishes.

What we saw of religion was not its apex, but rather its rearguard, fighting desperately against the chaotic events of 1968 and thereabouts. It was a defensive, tyrannical thing.

However, as time passes, we see the necessity of something like religion. An idea of a purpose to all of this humanity gives us a sense of context and meaning.

All that modern science can offer us is later denied. We are here to evolve — great, let’s stop paying welfare and start paying smart people to have a dozen kids. Well, that wasn’t what they had in mind, it turns out.

Even if you remove the scary parts of evolution (and its human counterpart, eugenics and Social Darwinism; the former is administered, the latter applied by markets and culture) people still oppose it. They might come up short.

It’s sort of like advocating we all walk around naked. It’s not that we’re afraid of what we might see; we’re afraid of what others might see. After all, this is a society with multibillion dollar industries behind hair dye, plastic surgery, penile enhancement, luxury cars and other virility symbols, and altruism.

Evolution is out, then, for the most part. But we like it because it is a goal. Like a runner’s ever elusive “best time ever,” evolution is an ongoing goal we will never reach.

Religion is a similar sort of goal. In its purest sense, it is a moral system for rewarding the good and smiting the bad. This is similar to what we see in evolution and Social Darwinism: a desire to filter out the best and make it predominate.

Come to think of it, that’s no different than what we do with our various techniques in life. If you learn a better cookie recipe, you tell the other stay-at-home parents; if you learn a better financial technique, you spread it like the wind (once the book deal is signed).

We are information-sorting engines; we put the best on top and ignore the rest. This is no different than what evolution does. Religion has its own version, which is sorting out the good from the bad.

If you look at life as requiring a general plan, which most people eventually do, you can see that there are only two real options:

There are no other options at this level of abstract. We can separate means/ends, effect/cause, method/goal and outcome/intent because they are divided by time. One comes first, then the other. One is the way we achieve the other. All events in time succumb to this analysis.

Oddly, this makes many religious thinkers and Evolutionists bosom buddies — they both agree there is a purpose beyond the immediate human experience.

Other religious thinkers believe that reality exists so a morality play of human interactions can occur. In their view, the live we now live was always the plan, and always will be. We are the goal. This puts them in the same camp as materialists, atheists and others who believe the human world as it is now is most important.

Strangely, the best thinkers tend toward the former view. In their vision, whatever divine essence exists is the same force that pushed us out of being apes, pushed us to develop civilization and science, and pushes us still to be better people, not just morally, but smarter, stronger, etc.

In that view, humanity will eventually become something greater, and that’s part of the plan as well. That is what humanity as a means to an end signifies; we are that which is evolving, improving or otherwise getting closer to an ideal.

The other view hold that we’ve already reached that ideal, and if that’s the case, there’s no need for religion — or evolution.

Linkpost 06-11-11 | Amusing Ourselves to Death by Neil Postman