Winter was at its peak and people exchanged diverse germs like good neighbors so everyone would have interesting biological strains to bring to office meetings, communal doorknobs, and bathroom fixtures.

I overheard a father telling his young son about the limits of medicine:

“You see, all cold medicine does is treat the symptoms. It can help reduce a stuffy nose or slow a runny nose, but doesn’t address the cause.” 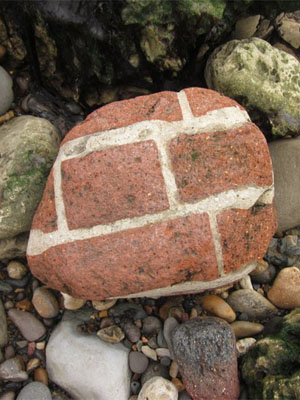 His explanation didn’t take the next step to indict modern society for the same sleight of hand, but perhaps the seed was planted. Maybe one day the child would realize that our proposed solutions are just efforts to superficially hide problems and mask their consequences. It might stem from popular political ideology, mental laziness, psychological denial, or some other defective reasoning.

Its advocates think that keeping negative truth from being visible will make people believe that all is healthy and settled, and everyone will get along without a desire to find solutions, though unchecked problems remain. No plausible theory is proposed, just a well intentioned papering over the fractures to avoid exposing what lurks beyond.

If a problem appears, is it really a solution to merely address perception of that problem? Can it even be considered solved until its cause has become prevented or at least significantly diminished as a result of comprehensive understanding and direct action?

Addressing causes after they have occurred in an attempt to erase their appearance does not retroactively pull back their emergence, or arrest their pattern and circumstances of emerging. If a street has its litter cleaned once, that is a good first step for repairing damage incurred, but the problem of litter remains open until one finds a way to stop littering from occurring (not more laws or increased severity, but reviving a relationship with society and land, or demanding better people take the place of failures doing the best they can.)

If society is not thorough, we end up with lies and fraud as our standard method for problem solving. That might sound good and fool someone who doesn’t know any better, but is a crazy non-answer of avoidance living between superstition and crazy religious ritual, and is sure to fail because it isn’t concerned with causation or reason.

To have a functional society, we need to avoid making a virtue out of proposed answers that fail to address actual causes.

The Hydra | “The internet is a brain disease” video