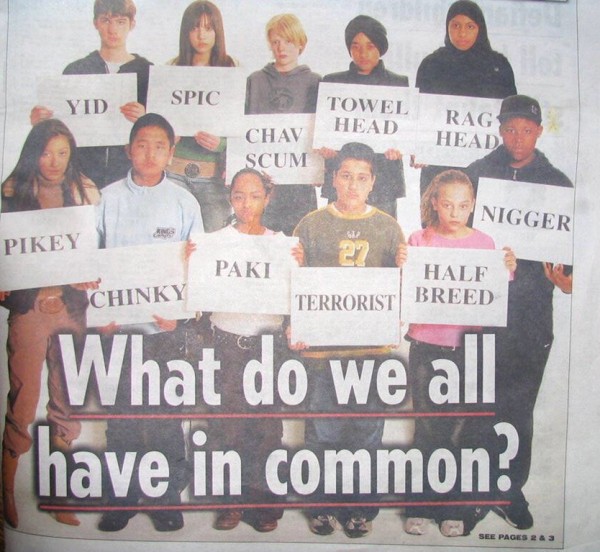 The insidious nature of Crowdism reveals itself through the latest ecstasy of outrage provoked by the Charlie Hebdo shootings. Across Europe, people declare “I am Charlie” and “Not Afraid.”

This behavior shows an instinct for drama and social activity, not a political response, and its real purpose is to conceal what we fear: that our nation-state method of demanding freedom, equality, etc. for “everyone” cannot solve the problem of us fundamentally wanting different things.

In the modern view, we are all interchangeable parts, essentially identical cogs. Some “work harder” and so are wealthier but we are all the same inside no matter what our origin. The real purpose of this is for pro-leftists to deny that social caste exists, but they have extended this even to foreign people. In their view, we are all blank slates and with the right propaganda (“education”) we become ideal citizens who guarantee those same freedoms for others.

Every now and then something ruptures this pleasant vision, which people are inclined to support so long as the money keeps flowing (e.g. the economy is “doing well”). When this happens, they respond with emotion that generally speaks from a perspective of self-pity. We are the victims. We are only demanding our Revolutionary rights. The problem is not our insane and dysfunctional society, but whatever we can scapegoat for this specific problem while ignoring all others. If we all just have free speech, then our problems go away!

“Je Suis Charlie” is feelgood stuff, a marketing exercise like when the Coca-Cola company printed people’s first names on its soft drink labels. This activity has relevance only because it motivates large groups of people because it is both idiotically simple and plays into their personal sense of victimhood and that the world owes them something just for being human and alive. It is not a response to what has gone wrong here, which is both a terrorist attack and yet another revelation that our ongoing policy of the nation-state is destined for failure. But the powers that be, and the herd that complies, would rather not face that difficult truth.