StrangeLoop: no one “owns” a conference 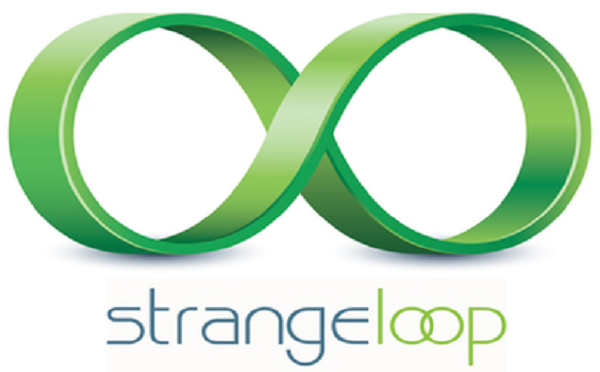 When the StrangeLoop conference banned Curtis Yarvin because of his political writings, they opened up a terrible can of worms. By excluding people with the “wrong” opinions, a conference selects out all but those who have the “right” opinions, and rapidly becomes blind to anything but its own assumptions.

Conformity becomes assured when one must have the “right” opinions to be part of a community. This means that everyone will be two-faced: say what is expected in public, and think something different and radicalized in private. StrangeLoop has become such a community: its agenda aims not for innovation, but participation in the “right” ways, which creates a giant circle hug dedicated to avoidance of the parts of reality that might be scary.

The debacle introduced a conversation that we need to be having about online spaces. Specifically: who “owns” them.

Online communities and conferences share a salient attribute: although the means of producing them are owned, the event itself is a form of commons, or resource shared by all that is dependent on the participation of others. In the best times, they are entrusted to those with the wisdom to govern them. In the worst time, they are handed over to the mob, which creates a race to exploit and destroy them (this is what Garrett Hardin wrote about in “The Tragedy of the Commons”).

One critique brought up this point in the context of the Yarvin exile (TYE):

The conference is the property of its organisers, who can invite and uninvite whomever they like.

No one owns a conference. A culture, a conference or an online space belongs to those who use it. The means of its production — the server which hosts it or the hall which houses it — are not equal to the conference or virtual space itself. They are physical elements which facilitate the virtual space, which can be viewed as an intersection between users and ideas. A virtual space, including some physical spaces united by ideas like conferences, is not a physical thing. Like a conversation, it is the interaction between people. Conformity out of fear threatens that interaction.

Conferences belong to the community they serve. This does not mean, as StrangeLoop asserts, that it is appropriate to disinvite a speaker for unrelated writings because some of the attendees might be offended. The grim fact is that we are always surrounded by people who hate at least one thing we love, or love at least one thing we hate, and thus there are no “safe spaces” until we reduce standards to such a lowest common denominator that we exist among fluffy clouds and warm pillows, with reality — and the challenges we need to address to live full lives — spaced out far away. A community does not consist of people who agree. It consists of people who are willing to disagree, but focus their thoughts on the same goal, and have those disagreements be related to that goal and not personal pretense, which is the other option.

The community is not healthy if it consists of people who think exactly the same things, nor does it thrive if people have nothing in common. It must have a tension within which causes the re-teaching of old truths through renewal via conflict. This is why no happy community either (1) squashes dissent or (2) enables people to post low quality garbage that drowns out the dissent with inanity. These extremes reflect a lack of ability to look at the community as an organic whole with different internal needs.

Users can manipulate any forum which is dedicated to avoiding conflict. A small group of them will simply agree that one specific category of content is unacceptable to them, and raise a ruckus when it is posted. They will then swarm and attack all who fail to condemn it. At this point, the online community is heading toward rapid death as all normal users flee the scene. That fact will go unnoticed because the caretakers of the forum look at numbers and not who is leaving. If they did, they would see long-time users heading for the hills and being replaced with a new group: the friends of the small group who initiated the decline, invited from other areas to do the same thing they did there, since they have found a new host.

The expulsion of Yarvin shows what happens when leadership is weak and unable to resist even such a small group. Any sane person would point out that with a thousand attendees, there are bound to be dozens of people who endorse certain ideas that some hate and fear. This is a necessary condition for a thriving community. When people insist that only some of those ideas are worth focusing on, that is not them defending themselves against scary ideas; it is them using the pretense of being afraid as an offensive weapon against anyone who disagrees with them. This kills the community under the guise of protecting property.

StrangeLoop has essentially isolated itself to only those who think in such terms by excluding all others, even if they did not agree with Yarvin. The same process happens over and over again as social groups, companies, industries and nation-states self-destruct by their inability to realize the community itself is worth defending against incursions by politically correct agitators. The ultimate loser here is everyone, because a thriving but sometimes offensive community was replaced by a game of office politics that no one can win but the cynical, sociopathic and narcissistic.

The liberalism bubble | The history of “racism”