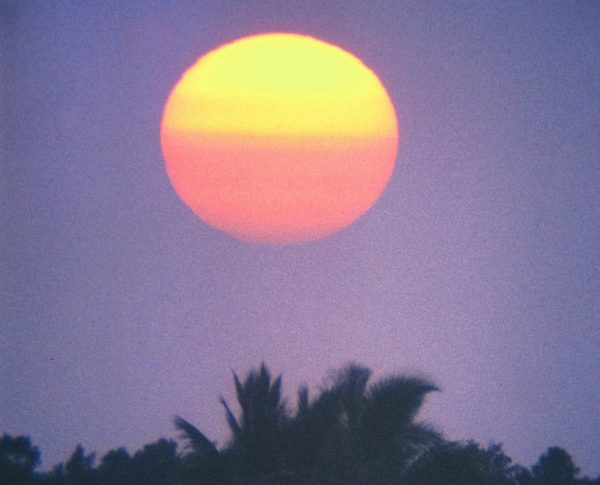 Francis Fukuyama wrote The End of History And The Last Man and shocked Generation X awake with his thesis: modernity had won. The modern wallpaper of society — liberal democracy, consumerism, diversity and the regulatory state — had won out over the older and presumably more primitive forms.

In stating thus, Fukuyama gave a new generation something to rebel against. Where their parents were rebelling against a conservative (or really, neoconservative or conservative methods with liberal goals) society, Generation X was confronting a society in which Progress of both industry and egalitarianism had won out against culture, honor, values, pride and history.

The years following brought an uneasy peace. The Left did crazy things and left it to conservative presidents to inherit the mess, thanks to a Left-slanted media. The Right tried to clean up, but it was like trying to plug a dike with ten thousand holes and only ten fingers. The result was a consistent Leftward drift, urged on by industry and a post-1965 electorate that wanted benefits more than stable living.

As things stand now, the wonderful Barack Obama presidency — a gift from the gods — has shown us the future of a Leftist Amerika: everyone living in apartments, working all the time, receiving some benefits but not as much as the lower contributors, and everything being very expensive, dividing this country into the super-rich (or simply: vested in government) and everyone else, much as Leftism did in Russia, Venezuela, Cuba, and so on.

The result is that Left and Right are diverging along the lines of “we cannot coexist.” Or rather, the Left has diverged from everyone else, who gets lumped into the Right because the only objections one can have to the Left are on the basis of realism: Leftism does not work, it makes life worse, and so on. But how do you argue against an emotional and populist argument like “equality”?

There is no solution.

Ergo, the two will split. The American Civil War never ended because, contrary to what the Left tells us, the war was not about slavery although the touchstone issue was found in slavery. The war was fought over the ability of people to have states which did not follow the Northeast model of big cities, industrial and social Progress, and other emotive but ill-conceived schemes that have destroyed empires throughout history.

Our problem is fundamentally a leadership problem. When the vote is handed to an ever-increasing pool of people with less skin in the game — starting with women, who if single will work until they die and want everyone else to suffer the same fate, and extending to children who want free things and minority groups who because they cannot have self-determination wish to be subsidized by their de facto rulers — society goes only one direction. All democracies come to that state, interestingly enough.

Some suggest reforms to democracy, but this is impossible. The problem is deeper than that: Western Civilization is in decline and has been for thousands of years. We need to go back to the ancient principles that made us strong, and that requires doing away with democracy, because as part of that ancient wisdom we realize that all of us are ranked on a hierarchy of quality and most people are little more than “talking monkeys with car keys” whose every opinion is poisonous, insane, stupid and destructive.

This is what the Christians call “original sin”: without improvement by self-discipline, most people are merely monkeys, and even when self-disciplined, only very few are ready for leadership and the rest are not only bad at it, but will choose a suicidal path because they prefer pleasant social appearances over literal reality. Welcome to the Black Pill, which is the gateway to all wisdom.

Even if we killed off most of humanity, the problem would replicate. The small group that would remain has the same innate tendencies as the rest of humanity and so would replicate our situation. Even if we killed off the stupid, those who are intelligent fall prey to the same idiocy, in fact perhaps more so because of their arrogance at how intelligent they are, and so we would find ourselves on the same path.

No. There is one solution, and it involves re-structuring our societies around culture, heritage, values, hierarchy and transcendental goals. I call these the “four pillars” because they distill to four concepts — aristocracy, positive reward, nationalism/culturism and transcendentalism — but they appear throughout history in many forms.

When we choose the order of our society, we have two basic options:

Increasingly, I see the latter as the only option. It is both frightening and chillingly clear, which creates an inner warmth at having an answer, no matter how grim, but also invokes fear and trembling among the population now. They are afraid of what will happen to them, which is why the leadership that comes must be excellent, not merely brutal in the way of tyrants.

We have tried every permutation possible of the first path, and it has failed, where only two generations ago the old order still held sway and granted us with competent (but not perfect, as nothing is) leaders and social order. Now in our revolutionary fervor, we have undone it all, and as a result we live in a third-world type society where chaos and cruelty rule us.

Zionism Is Nationalism And Worth Defending | The Existential Trauma Of Jobs