The Grand Goal Of Leftism And Globalism 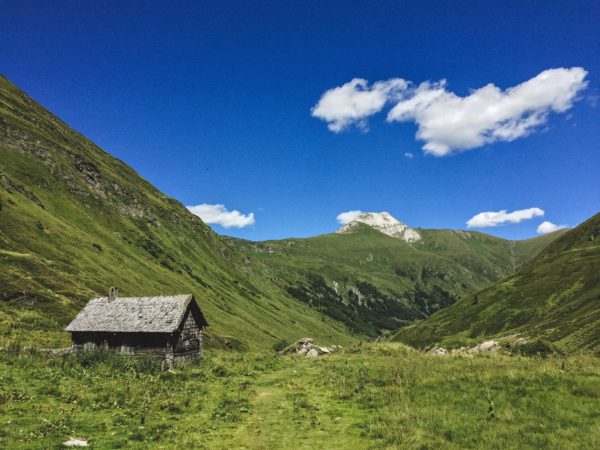 This is not a parody because it is really happening. So itâ€™s more like a jester warning the Court of a danger using humor because after all, some things canâ€™t be discussed (directly) as Trump so eloquently stated.

However, a â€œplanâ€ suggests that there must be something else, such as a conspiracy, or alien leader, with a specific goal in mind. This reminded me of the book The Goal written by Eliyahu Goldratt and Jeff Cox in 1984. Mr. Goldratt was educated as a physicist but made a name as a business consultant because he developed the â€œTheory of Constraints.â€

Where most managers would increase production to make more money, Goldratt suggested that a company can do it by removing â€œconstraints,â€ such as to improve â€œthroughputâ€ by for example optimizing bottlenecks. But the focus is not on the one bottleneck, it is on all the bottlenecks at the same time, because that is the â€œgoalâ€.

It is therefore important for a company to keep its â€œgoalâ€ in mind because changing it requires a change in the mathematics of the entire production line.

It has become glaringly obvious that NWO politicians do not have a goal, or something like a better civilization or improved trade that can be used to develop a â€œmathematicalâ€ plan. This is why the court jester had to suggest a â€œplanâ€ in a wry sense of â€œgoalâ€ humor.

It is possible at this point to digress and write about development plans for cities, or countries or even the United Nations. It is also possible to digress into analyzing leaders and their ships. But it is more expedient to simply jump the grade and write about the real elite, because they have a simple goal supported by a simple plan.

According to the book The Richest Man in Babylon written by George S Clason in 1926 (and even though the book is in front of me), I am not going to recite it, but in short; the goal is to make money and the plan is to:

It is almost similar to Warren Buffetâ€™s goal where he stated: â€œI never sellâ€. Recently I read that he is looking for people that â€œare spending money.â€ Obviously he is out of targets. This made me wonder why on earth Buffet supports the grant-giving, immigrant-buying Clintons. The answer in this context would be that he is just the same as Facebook, Apple and other tech people wearing out the White House carpets. The market is not consumers anymore; it is the parental politicians treating consumers like (their) children.

At this point one reaction will be to think that it is obvious that rich people want to make money. However, it is more than that, it is just money meaning there is absolutely no race, religion or ideology involved. Slowly it becomes clear that the real eliteâ€™s goal, is just (more) money.

So what is their plan? The concept for this, apart from investing as described above, is not to invest, but to subvert â€œpeopleâ€ towards a point where â€œwealthâ€ is simply transferred. The subversion process follows the same technique that a politician would do to a competing politician, political assassination. There are many cases in the current year where an â€œassassination hitâ€ was called onto a â€œhurdleâ€. In the case of money, it is called an â€œeconomic hit.â€

The best book to read here is the Confessions of an Economic Hit Man by John Perkins in 2004. He was himself an EHM (Economic Hit Man) and writing the book in 1982 he intended to title it â€œConscience of an Economic Hit Man.â€Â  Clearly he was the â€œdo-erâ€ and not the â€œinvestorâ€. He updated this book to the title â€œThe New Confession of an Economic Hitmanâ€ and even has youtube and a website. Now in 2016 he states that “they are coming for your democracy” in an article by Sarah van Gelder.

Clearly there are many â€œstoriesâ€ that should now be told, but suffice it to say that many countries were targeted, one of which was Greece. Another target was the mineral rich South Africa. The entire â€œdemocratizationâ€ so much lauded in the international press via Hollywood films and Nobel Peace prizes was a front duping people into do what they were told, while the gold reserves were shipped away and cash moved through the back door.

This ability to destabilize countries for some strange benefit has been going on for quite a while now, even implicating Hillary Clinton in Honduras. The point is that the elites doing this are gaining experience, allowing them to optimize their own production â€œthroughput.â€ South Africa was a spectacular financial â€œbloodless coupâ€ (for the elite) and many techniques used to subvert the conservative population, is now used on American conservatives, such as firing conservative military and police officers, guilt-ridden education and media-of- fear.

One technique they routinely apply is to corrupt an internal â€œeliteâ€ inside a target country. The amounts of money is jaw-droppingly large for these â€œsmallâ€ politicians, but provided with the right amount of moral egalitarian motivation such money is greedily accepted â€œfor the common goodâ€. Examples of such corrupted small â€œelitesâ€ can be readily found because they literally do the same things such as:

During the economic hit on South Africa this â€œsmallâ€ elite was not readily identifiable as is now the case in the United States. The emergence of â€œCuckservativesâ€ allowed easier identification of the subversive small elite club eying enormous riches after giving up their country for adoption because itâ€™s â€œthe right thing to do.â€

Race, religion and ideology have nothing to do with it. But the elite will use whatever is necessary to advance towards his goal. For example they can use blacks to destabilize whites on racial grounds, they can use Islam to destabilize Christians and they actively use liberal-democracy as their preferred ideology because it plays into their hands. In the US itâ€™s the Lutheran Church apparently deciding where what immigrants go.

So, essentially the entire â€œhitâ€ is not a conspiracy, it is simply a process put into place that allows unfettered access to convenient players at a lower level, such as Black Lives Matter, without them even knowing about it. Even Church leaders may express their support for activities not knowing what really is behind it, such as the Anglican Church harboring terrorists in South Africa (and proud of it today). All the â€œelitistâ€ will do is to remove â€œconstraintsâ€ while encouraging those participating idiots such as SJWâ€™s or journalists to produce the required narrative that may allow changing of laws etc.

In fighting this dys-civilized scourge (not un-civilized), new warriors are needed, because we are in a sense fighting against ourselves and that include all races, religions and ideologues. These warriors will have to help us prioritize the â€œenemyâ€ and help us focus on the low hanging fruit first, so that we can get our own processes in place.

On a personal note: Dr. Nicholas Samuel, who just published a book visible at www.unendingrecovery.comÂ agree with my pinned tweet that â€œthe evolution of the market has thrown up pseudo markets that weaken the middle-class backbone.â€

If we donâ€™t establish an own goal of fighting greed, civilization will last a little longer, but only for those hiding behind security and guns. Ask any expat in Africa.