The Four Horsemen: Part IV — That Night Train To The Big Adios 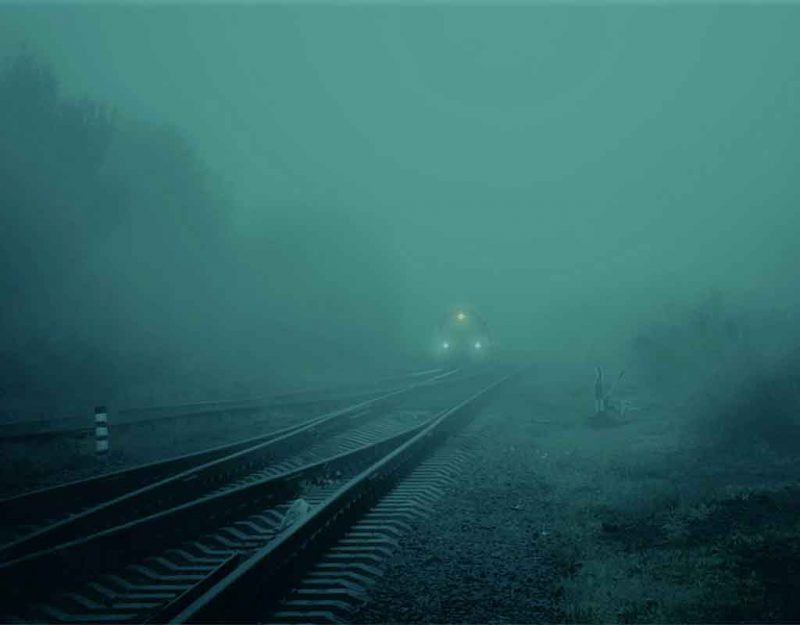 7 And when he had opened the fourth seal, I heard the voice of the fourth beast say, Come and see. 8 And I looked, and behold a pale horse: and his name that sat on him was Death, and Hell followed with him. And power was given unto them over the fourth part of the earth, to kill with sword, and with hunger, and with death, and with the beasts of the earth. – Revelation 6: 7-8.

The clanking rattle of the incoming Death Train haunts the nightmares of the insubstantial man. It’s coming, your car’s engine is dead on the tracks, and one of these nights it just won’t crank before The Midnight Special shines forth its blinding and baleful headlight on you. If you luck out, you wake up screaming before impact. Or maybe it doesn’t have to be that bad. One thing; unlike the other plagues in parts 1 to 3 of this series; is that it does have to be. There isn’t any renegotiation of the final ultimate result. You won’t be interested in death, but it will one day take an aggressively unpleasant interest in you. The only question left to talk over and debate is this. “So what?”

The answers to this have have varied over time and driven the direction of lives and cultures. There are several directions of inquiry. These interrogatories lead to conclusions regarding how the finite supply of time we are issued gets expended.

Concerns from this inquiry are both personal and external. On a solipsistic level, a person might ask whether transgressions against traditional norms will leave him stewing in the lake of brimstone and fire after the Visigoth Holiday runs out of beer. Maybe that, or if I smoke too much crack or meth, do I really have to come back as a rotifer, man? On a more philosophical plane, if that is literally all someone cares about, they probably aren’t highly regarded in anyone’s Umma or Communion of Saints. So yep. That person pretty much gets to be a rotifer, dung beetle, or head-louse in Colin Kaepernick’s unpicked afro during their next spin on the Karma Wheel.

More evolved concerns from this question regard what that individual leaves behind. How did the existence of that individual impact others. Was it a positive or negative? Should other people close to that individual attempt to live a life that was anything like that of The Dearly Departed?

Certain question of duty arise. The future belongs to those who show up, am I required to make a contribution? The voluntarily childless are perhaps living out an answer to that question of duty. Maybe they are the last individuals that should be entrusted with anything important that has a time horizon beyond the next couple of years.

What sort of legacy do you get from someone who can’t even produce a legacy for their own family line? A few outliers could do an exceptional job, but the median and the mean? I would assume they would do poorly. I would assume the approach of death would predictably shorten their time preferences and cause them to correspondingly discount the future that the rest of us will live through long after they and all of their kind have departed the harrowing passage of our mortal coil.

Q2: So let’s say you accept the existence of, and feel concern and obligation to, the external world beyond your lifespan. What do?

Five minutes after I’m on The Night Train to The Big Adios, I won’t be needing the Advil anymore. It isn’t like I’m making it to the gym tomorrow. At the time of an individual’s death, that person definitionally loses agency on The Prime Material Plane. Even the soul, assuming you believe in the concept, makes like Elvis and leaves the building.

Just how should I engage today with any hope of impacting a timeline that occurs after I’m off The Survivor Island? Martin Heidegger shows us what Jordan Peterson could sound like if he used big words and wasn’t a Cuck.

Heidegger’s account of Dasein’s relation towards the possibility of its own not-Being forms the backbone of a reinterpretation of the phenomenon of care — the “formally existential totality of Dasein’s ontological structural whole.”

In Existentialist Cant, you develop both a purpose and an increasingly urgent need to act on its behalf as a result of the awareness you develop of your own impending demise. Navigate this successfully and you define yourself as the sort of person who accomplishes that purpose. To do is to be. Get that done before the clock expires.

So within the domain of a finite lifespan your endeavor becomes to surject positive influence on time beyond the constraints of your existence. If that sounds like difficult calculus, it is. Roger Waters wrote a song about the contradictions of having infinite goals and desires within the confining limits of an enumerated lifespan. It is one of the many things he claimed drove him barking mad.

Ultimately, death can’t be helped. It’s deadly like that. Fatal 100% of the time over a long enough period of observation. It’s how you use the opportunity you are given that can make a difference. It is what you leave in your wake. You are given limited opportunity to accomplish unlimited missions. It is absurd. You can’t get it all done. Make peace with that by doing the best you can with what you have. Do the best you can, and when The 4th Horseman pays you a call, you should probably feel relieved. Imagine how Sisyphus would feel if the rock just got away. Shucks.

Oswald Spengler wrote a famous passage about a Roman guard whose skeletal remains were immortalized when archeologists dug through the volcanic rock and ash at Pompeii and Herculaneum. They died at their post with their boots on. Perhaps it’s the best you will do in the end.

Live with inspired purpose. Live in service of a future end state superior to the place that you see the world now. Don’t give in. Even if it screws you to the wall without a reacharound. All of our days will conclude and death will be an end. That’s baked into the cake, but you do get to choose much of the rest of the recipe. Let it be both a life and a death so worthy that it properly merits a Viking Funeral.

Brett On “The Public Space” With Jean-Francois Gariépy Tonight | Denethor