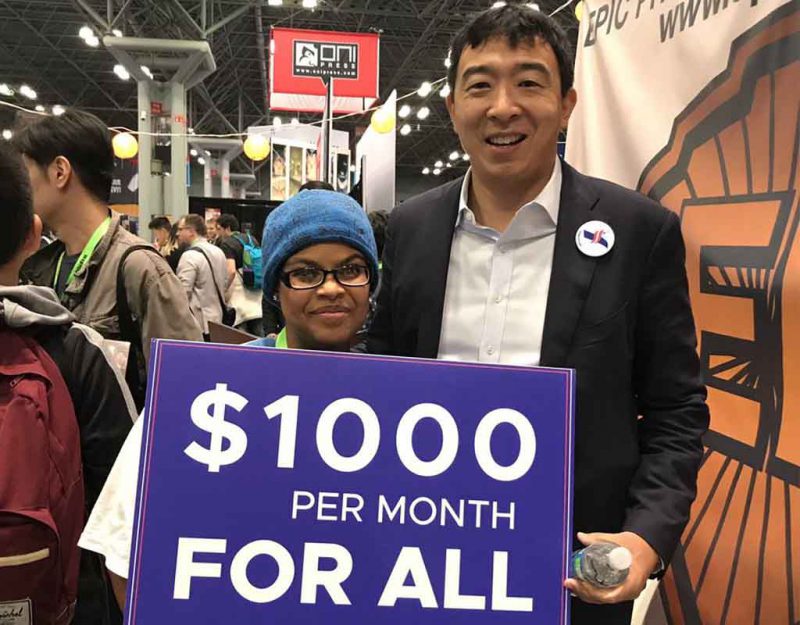 And when he had opened the third seal, I heard the third beast say, Come and see. And I beheld, and lo a black horse; and he that sat on him had a pair of balances in his hand. And I heard a voice in the midst of the four beasts say, A measure of wheat for a penny, and three measures of barley for a penny; and see thou hurt not the oil and the wine. – The Revelation 6:5-6

The third horseman in Revelation Chapter six is a tough bugger to completely get. Why is some arrogant, evil jerk with a scale and a sack of money any worse than, say, nuclear winter? It helps not to overthink it, or even to overgeneralize it too much. Just reread verses five and six and ask yourself how you feel once you’ve hit that snooze button once and the alarm is going off again. There is somewhere you have to be. It is mandatory. For the life of you, you really aren’t sure what The Big Why really is at maybe 5:19 AM. Yet that really isn’t your decision, even though it involves an awful lot of your life. You’d better drag that crack out of the sack and get there. Or else.

In more Post-Modern parlance, that third horseman would show up in a black Lamborghini. He’d be a real Dartmouth Special. Those scales would still come in handy. He’d never want to be without a nice horizontal surface to roll up his C-Note and snort the Mayan Marching Powder. “See thou hurt not the oil and the wine.” He scoffs as he uses his silken handkerchief to wipe the powdery, crystalline residue off his nose.

So that Black Horseman must obviously be Satan’s Bankster and all we’d have to do is say an Ave Maria and go occupy Wall Street. Heck, give me a couple of hours to refamiliarize myself with the cool shoulder-fired missile I got trained on back in the army days, and I could take care of your 4 evil polo-ponies in less than 30 minutes. The lethality could probably be bought in the right arms bizarre for less than the sum total value of the suits in that Wall Street Black Horseman’s walk-in closet. See how easy theology can get? Except that I’m not really solving the correct problem this morning.

Get past facile, ideological anthropomorphism, and the third horseman could be said to be an existential lament of what happens when economics fails to support enough of an economy for all the poor monkeys with car keys. Certainly, the Weimar Republic was bad and Venezuela isn’t looking a whole lot more hospitable. Zimbabwe is what happens when Letists fall off the the left-hand side of the sanity table. We in the USSA had our moment of ideological doubt when a major money market fund actually broke the buck during our recent mortgage meltdown.

Could the hard, hard men of Amerika’s Black Horse Cavalry have really prevented the The Soviet Seventh Tank Army from fixing bayonets and rolling through The Fulda Gap with red-hot motors and cold steel? It’s a debatable historical question. Our soldiers were lucky The Soviets had The Politburo on their side and a planned economy. It’s not really difficult to outswim a guy with an anvil strapped to his legs before he gets chucked into the pool.

So maybe economic collapse really is The Black Horseman. It shot first like Han Solo and blew away the USSR. You walk into Kroger knowing you have money in the bank. That’s not what the terminal tells you after you insert the ATM Card and it reads the chip. At that point, no matter how good a Citizen #AZ35413T you have been, you feel a little the poor astronaut from the old movie saying “Open The Pod Bay Door, Hal.”

But no, I’ve learned the hard way this isn’t the answer to the riddle of Pony #3. You see there was this Argentinian Lady I used to really want to know better (in a genuinely Biblical sense) as a younger, unmarried, and childless man. She and I were polite acquaintances and had a couple of pleasant chats. It then got better. I was at my favorite watering hole and she walked in and saw me. She sat right down to share in the killing of a few brewskis. At that point I needed The Heimlich Maneuver.

Man, did I choke and spit the bit. What to talk about when you’re in the PUA Zone? If you can’t whack it in batting practice, forget the major leagues. Argentina, at the time, was having one of its periodic economic mini-strokes. I had no other topic in mind, so I engaged Latina Aphrodite in a simply fascinating discussion of economic collapse. She laughed. It bothered her not in the slightest.

Down there, that sort of thing is an inconvenience. It’s like getting an extra, unplanned bill in the mail. “We just keep stuff around the house for that.” She informed me. It’s like the wasp spray I keep in the garage. There if they need it to deal with an uncommon, but not insurmountable annoyance. That was a fascinating piece of knowledge she had given me. Right along with the participation trophy instead of The Good Thang. We all just get to live and learn. Economic collapse was not the third horseman of Biblical lore.

So what is so bad about the economy? I think the third horseman is what you get when the economy does its job on you. Bane was a phenomenal psychological villain in The Dark Knight Rises. The third horseman works like Bane. He does psychological judo on all of his victims. He knows what you want, he knows what you think you need. He knows how to use all of that to gradually destroy you via an acidic drip of perverse incentives leading you to a dungeon of soulless misery.

You abandon all hope if you enter there. You then find a nice, shiny treadmill. The Hedonic Treadmill that condemns you to an ineffable damnation of Sisyphus.

You fire that sucker up when you get the first job and try to impress mom, dad and the fine young people of the opposite gender. Then comes the relationship, matrimony, and the kids. That requires the house, the car to impress people you could genuinely not care less about. It may well demand the expensive private schools for your kids once you’ve read about the public ones in your local newspaper. But you are young, you are strong, you can smoke that initial angle like a smelly Garcia y Vega.

Then there’s the club memberships, the charitable donations, the family members who you put on welfare because they aren’t measuring up. You smile through that as you notice the smell of smoke from that rapidly revolving treadmill. It might even be glowing a certain satanic red about now.

Your kids need the extracurriculars to be competitive with Little Johnny for that scholarship they’ll require to afford to attend the school of their dreams. The church needs a new this or that. You do want to be a respectable Christian. The spouse sees that Black Horseman with his black Lamborghini. She sees your Ford Festiva. She sees his Armani wardrobe. She sees your good, old-fashioned Belk’s off-the-discount rack. She isn’t looking at you anymore if she can help it.

So that treadmill angle will have to just get a wee bit steeper. “See thou hurt not the oil and the wine.” Especially since you just bought Sugar Plum the $60K Land Rover SUV that any loving husband would feel proud to present to his adoring wife. You did remember St. Valentine’s Day, correct? I’d sure hate to see it become a massacre.

And meanwhile that guy with black pony is laughing at you so hard he’s about to fall off his horse. If you’re sitting there wondering who the chump at the table is in life’s celestial game of No-Look Texas Hold ’em, go down in the basement and check out the setting on that treadmill. If it goes faster than you can, that Dartmouth special of a third horseman has your rear-end.

After he snorts the marching powder, he’s sending a couple of letters to you via the US Mail. A divorce writ and a mortgage foreclose notice. I guess the old Hedonic Treadmill went spinning a bit too fast for the old man. Damn do those Horsemen of The Apocalypse enjoy turning the screw. When those letters show up some, grim and evil morning, you then know who your real boss in the Amerikan workplace actually is.