The First 1488 Days Of The Donald Trump Presidency 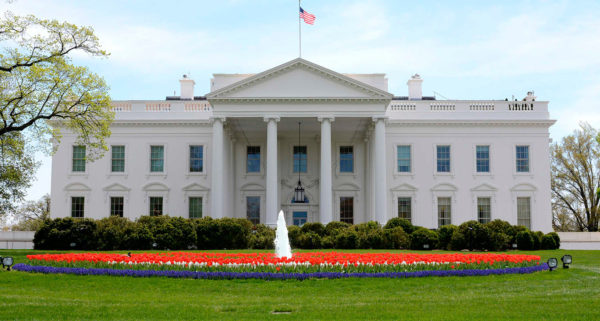 Let us take a moment to enjoy creativity, and ponder the potential nightmare for Leftists and salvation for America that would occur with a fully “woke” Donald Trump presidency.

President Trump will inherit a ruined nation, completely divided and facing a recession of epic proportions. He may also be a wartime president as the weak foreign policy of the Obama-Clinton years explodes in worldwide conflicts. In addition, he will face massive opposition at home from the captive media and their audience.

On the positive side, the Obama years will have left him with a clear legal and political precedent for a semi-authoritarian presidency. Much as Obama ruled through executive orders and by commanding government agencies to conspire toward his goals, Trump now has those options open for him.

Imagine, then, that President Trump enacts the following:

None of the above are extreme, but all sacrifice darlings of the Left by using the Left’s own methods.

The result will be screaming and squalling from the Democrats but, as they are unlikely to have much power in Congress after this election, their power will be limited. If Trump moves gradually and with purpose, he can achieve these results in such a way that the effects are absorbed.

For the economy, his existing plan is the best: drop taxes and regulations, making it easier to do business here, and then bring back firms and encourage new ones. If he uses his executive orders to sabotage the laws that protect unions, and defang the regulatory agencies that enforce them, even more will spring up.

His foreign policy will work as suggested as well. He will demand proportional contribution from all the countries protected by the American defense network. They may back away from the dollar, but he can reverse this by giving low tariffs to nations that use the dollar.

Congress may fight him on his budget, but at this point, the USA has only two paths: it must either cut the over 50% of its budget that goes to entitlements and social programs, or bankrupt itself and go into default, at which point its currency will be worthless. Companies will invest more in America if they feel it is avoiding default.

With the above implemented, the most contentious presidency since the Civil War will push America out of recession and into a state of greater health. Many may move out, which will be an added benefit as we do not need more journalists, web designers, and psychotherapists.

At that point, it is likely that Trump will be elected for more than the 1460 days of his first term, leading him into the next. It is at this time that he can focus on rebuilding the rotting infrastructure and encouraging Congress and the States to repeal the millions of lines of absurd laws they have adopted in a need to “look important.”

With his personality, he will accomplish much of the above and already has. Trump is the return of bottom-line practical thinking about the future of the country in contrast to the tax-and-spend wildfire that has taken over the past seventy years. With the force of the Presidency behind it, he can do even more.

America faces a choice in this election which will either cripple it forever or allow it to rise to new heights. At the end of two terms of Trump, people will look back on the 1990s through 2010s as a bad dream which fortunately, ended with the 1488 days of making everything right again.

Quotable (#7) | In Defense Of The Black Pill