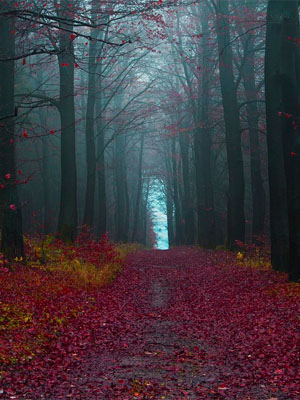 Months ago, I debated a liberal. I know that engaging in such debates is stupid, since a liberal by definition already knows everything, but it was not unproductive. Even though I didn’t stand a chance of communicating, I still managed to “get” something interesting from this exchange. Namely that every time I mentioned the concept of reality, this character would put scare quotes around the word. Never once did he omit them.

In his view, “reality” was an optional thing, or at least a place that existed only in our language and preferences. A bolt of enlightenment struck me: Liberals consistently turn everything into abstractions. To the liberal mind, there is nothing that can exist independently of our concepts of it, thus there can never be a single reality, so the concept of reality itself must be destroyed.

So what is the difference between reality and “reality”?

For those of us who acknowledge it, reality is the only thing that matters. If something isn’t real, it isn’t worth our attention. But reality can often be notably different than our perception of it, so by acknowledging reality we also accept the fact that we can be wrong, and face horrible consequences in an instant for being wrong about reality.

All of us will at some point be very wrong about the nature of reality. I know that I have. But the fact that I came to this awareness — that reality was in fact something completely different than what I thought — was actually the prime cause of my realization that reality is of infinite magnitude and meaning compared to my own limited and possibly faulted perspective.

To actually experience being in the wrong can serve as a rude but necessary awakening. You realize suddenly that reality is on a level which completely dwarfs the human ego. This can come as something of a shock, like seeing idols fall. However, once you get over the shock, you start to see how unimportant these idols actually were in contrast to the living mystery of reality itself.

Being in the wrong can instigate a true change of mind. You tune in to other frequencies. You’re no longer satisfied with perceiving only the bits and pieces of reality that are in accordance with your preconceived ideas. Instead, you become increasingly absorbed in silent awareness and then slowly start to see things in a new light.

On the other hand, “reality” is hard to define or experience. If you ask the liberal, he’ll point you to a horde of philosophers, sociologists and other writers whose complexities are incomprehensible to most people. If he is of the refined kind, the liberal will even dish out a long monologue on the subjective nature of everything, and how perception is an inescapable filter between self and reality. He’ll put on quite a show to make sure that you understand just how smart he is, how many theorists he knows, and how stupid you must be to disagree with him.

It will be impressive and profound, but what does it mean? You probably guessed: reality doesn’t matter, but that the perception or notion of reality — namely “reality” — does. This naturally leads to the conclusion that the only patently wrong way of perceiving the world is, that there is in fact a reality out there (or within, for that matter) independent of our perception of it. For the liberal there can always be many “realities”, but there can never be just one reality.

This of course makes the individual liberal’s “reality” immune to criticism, because no one “reality” can ever overrule another. All realities are equal, in that it is impossible to say what the actual reality, if there is such a thing, is actually like. These “realities” are mere notions, concepts or ideas; they are all abstractions. At most he’ll admit that reality hypothetically could exist — but beyond that it must be utterly unknowable.

Abstractions as such aren’t necessarily a problem. In fact, they are an integral part of language itself. But when reality itself is perceived as an abstraction, the words themselves lose their anchoring in the world, and become a closed system where words only reference more words. Words become something separate and independent of… well, everything else.

In the end, the words lose all meaning, and the discord between what the liberal preaches and what he actually is becomes apparent for those with not only ears to hear, but eyes to see as well: He’ll talk forever about tolerance, or solidarity, or love while actually behaving like the most intolerant, solipsistic, bitter individual imaginable. And in some strange way, by virtue of the immense complexities of the human brain, he’ll more often than not be completely oblivious of this open hypocrisy of his — or at least appear as if he is… Because there is only the perception, and no reality, remember?

Maybe deep down inside he knows that he’s deceiving himself, but he’ll do his best to suppress such a suspicion, and you can bet that he’ll never admit it to others. As such, the liberal is like a miniature of modernity itself: superficial, unstable and unbearably self-righteous. Anger is understandable, but pointless, for the individual liberal is just a sign of the times. He is a symptom, and not the disease itself.

Modernity itself is nothing but an idea, you see, a hollow abstraction that can be cleansed from the mind. Perhaps this idea could be called a “reality” on some level… but in the end, there is nothing real about it. Some may take it to be dead serious, but actually it isn’t. In actuality it is a series of abstract notions about the world and humanity that aren’t very accurate, but unfortunately are believed by many, and thus destined to go down with a bang.

For those able to see beyond modernity, it will forever remain what it is, in spite of all the loud noises, the flashing neon signs, the pulsing traffic and dramatic entertainment-products trying to distract us into thinking otherwise: It’s an increasingly delusional dream of a civilization unable — or unwilling — to admit that being wrong is even a possibility, and therefore a civilization incapable of achievements that’ll reach beyond the here and now.

Good versus Evil | The fake extremists