The end of the age of binaries 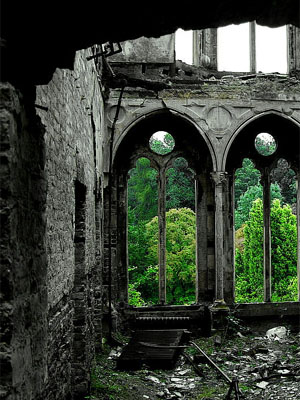 What do we really expect from our news media? They are people who ask questions. Others answer those questions, as they see fit. These answers often have nothing to do with reality.

Does that mean I should trust the media to tell me the truth? That’s a binary question: I can answer yes or no, or duck out of the question with “I don’t know” or inexact terms like “sometimes.” Ducking this question is the correct answer because the question is framed as a binary.

We are in the grips of a narrative, which is a story that we tell about ourselves that explains how we are good and right, that has held us for the last 224 years at least. It is a binary: it is the story of the oppressive natural majority and their ways versus the rights of the minority group, which includes any individual who is not happy with the way the majority does things, or even how things are going.

All of our movies emphasize “the little guys” joining hands to take down the big guys. At first it was kings, then Hitlers, now it’s corporations. All of our news articles emphasize the individual opposed by restrictions imposed by the rest of us or by reality itself. Rebellion is seen as an act of honor, goodness and mercy.

Yet none of these rebellions actually solve problems. They generate drama, and make us think kindly of one or more people, but they don’t end the situation described. They may take out one or more bad actors, but those are immediately replaced. The war never ends. The revolution never ended and never will, if they can help it.

One of these narratives is majority versus minority in terms of race, ethnicity and culture. The first blood of the French Revolution was barely dry before the revolutionaries started calling for “internationalism,” or that we would abolish all borders and everyone can go wherever they want. (It took the revolutionaries another century to realize that they would need to demand welfare as well, because the real limiting factor on travel was cost.)

Internationalism lives on as multiculturalism, which itself is a form of pluralism, which is basically “everyone do what they want.” Pluralism is expressed through tolerance of different points of view, and basically says we live and let live. The only casualty is any kind of social standard, and the higher standards die first. it’s a race to the bottom.

Pluralism is such a brilliant sleight of hand that useless people have invented it in every society, culture and small group known to human kind. Basically, such individuals want zero oversight; they want to do whatever they want and to have other people be forced to put up with their laziness or other dysfunction.

The only way to “sell” this type of idea to other people is to demand it for everyone. Soon you have a mob chanting for pluralism, but what they really mean is that they want to destroy the majority and destroy the idea of common social standards and values. They want personal anarchy, but others to keep civilization going so they can enjoy it.

In many ways, this was the greatest sales job in history. People who wanted anarchy and were willing to band together to demand it, or Crowdists, sold others on the idea. Those others then would object loudly if anyone tried to stop them, on the grounds that they were “peaceful” (which has nothing to do with the consequences of one’s actions) and being “oppressed.” Victimhood quickly became a weapon.

With it, this sales job brought a history permanent trapped in binary thinking. Yes/no; good/bad; majority/minority. However, this model is cracking because it was never realistic. It was created as a marketing jag to convince the useful idiots of the world that there was one enemy, and banding together to destroy it would fix all problems.

If you’ve read the ancient tales of the scapegoat, which was a sacrificial goat into which a community cast its own evils and doubts and then murdered it, or the witch hunts and lynch mobs of the last few centuries, you know exactly what this is. “Everybody gang up on the big guy, and then we can do whatever we want!”

As a result, anyone who was not wholly with the majority was free to join the revolution. At first it was only ethnic minorities, homosexuals and drug users. But the franchise increased to the point where even non-conformists and hipsters could join. The revolution snowballed.

But this coalition had a fragile point: it only worked so long as everyone saw themselves as unified in opposition to the majority. The enemy of my enemy is my friend, right? But this is now obsolete, because the consequence of pluralism is that society fragments into infinite groups, and by the nature of having fragmented, they don’t agree with the others.

For example, our nation’s prisons segregate inmates by race to reduce violence. It’s not just the white people who cause problems. It’s every group representing its interests against every other group. This destroys the idea of a common ground and goal. It’s take what you can, and give nothing back.

The same thing is true of our economy. The Civil Rights Commission recently released a report revealing that amnesty for Hispanics would disproportionately harm African-Americans. Shocking new — we’re replacing one group with another. The old game was blacks versus whites. The new game is every group against every other group.

With this illusion, two centuries of promises die. But that’s how it always is with advertising, isn’t it? It’s only after the warranty runs out that you realize you’ve been sold an illusion. And then, no one will pay to fix it but you, and you’ll pay a lot more than if you’d just left it alone (don’t fix it if it ain’t broke) in the first place.