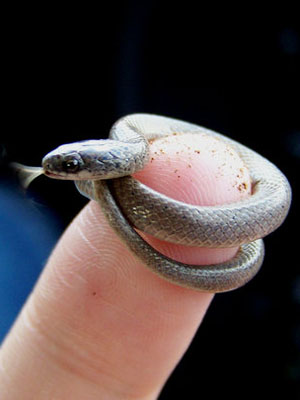 Life has many paradoxes, and many of those are caused by a simple principle: whenever you pass over any kind of border, all values become inverted. This is because context has changed, and you are now looking for the antithesis of what defined whatever was on the other side of the border.

The paradox of political correctness is that in the name of including everyone, we exclude everyone, because as we pass the border between the self and society at large, we invert our values and start working against what we want. This fact is obscured because most people do not see political correctness as driven by individuals, but by the group.

In actuality, what makes PC work is that it panders to individuals who fear the judgment of others and thus demand the group make judgment of consequences taboo. What replaces it is judgment of methods, or did you follow the correct process? Whether it turned out well or not is irrelevant.

Unstable, damaged, fearful and low self-esteem people like this because it removes all challenge from life. They don’t need to figure out the right way to do anything because they’re not on the hook for consequences. Instead, what they must do is figure out a reasonable procedure, or claim they were doing one, and they’re OK.

As a result, we ban all words related to difference in position (race, gender) and outcome (class, ability). The problem with this is that it condemns conversation to the surface and vapid one-dimensional plastic space of interaction used by salespeople, school administrators and other euphemism addicts.

By using politeness to obliterate unpleasant or challenging truths — this is the opposite of the original purpose of politeness, which was to allow us to navigate sticky situations without clobbering each other — we make each individual his or her own censor. This is ironic, given that PC is designed to protect the individual.

Some would say it does; a retarded person can now be called some euphemism like “differently abled” instead of a word which points out the obvious developmental delay or dysfunction that makes them dumber than everyone else. But the retarded person must now learn the special terms for every other group out there. It’s a minefield.

This Soviet concept of political correctness also means we cannot disagree with anyone on anything of importance, or they’ll get offended. To political correctness, information itself is a method and methods can be regulated. The idea is to prevent you from reaching certain conclusions through language, and thus to weed them out of the population.

However, offense is in the eye of the beholder, and like any kind of absolute power, it corrupts absolutely. Why strive when you have a get-out-of-jail-free card? Why learn to debate, when you can win a debate by Godwining (or near analogue: shout “racist”) your opponent?

The result is utter vapidity. By avoiding conflict, we’re avoiding meaning and any possibility of actual conflict or change, which is what results from people disagreeing and then hashing it out so that one wins. Having a winner is offensive in the PC world, but it’s how life necessarily works. It’s how math works and Darwinism works.

The mechanism behind PC is the individual deciding to be offended. When they decide information is bad, they claim the method is bad, and use that to imply bad faith on the part of the individual. “He intended to offend me” is the next step after “I’m uncomfortable with that word.”

It makes for a society where no one says anything important. You’re limited to topics you can have with a salesperson. How’s the weather, favorite video game or pop band, sports teams, best place to buy rutabagas (in cans). This even extends to conversation among close friends, because PC has a profit motivation to it.

A profit motivation? Even socialists (cultural Marxists) know what a good thing individual motivation is. The profit motivation is that the person who finds a PC violation in another person is now a hero. They have defended us against the evil oppressive monarchist-fascist fundamentalist rich white people who want to oppress us!

Thus even a private conversation is difficult. If Bill and Bob are talking, and Bob accidentally refers to the pot calling the kettle black, Bill can trot on down to the local Empowerment Center and report Bob. Bill is now the hero. Bob is now a threat, and must be re-educated. And Bill gets Bob’s (former, hahaha) promotion. Justice is done.

Our society staggers ahead like a zombie riot. We are afraid of losing our own places, so we conform. We are also afraid of not gaining a position like Bill did, so we report each other. Reality drifts farther away, as we make our inexorable path to doom. But this is the plastic one-dimensional world that PC creates.

As individuals, who in theory would benefit from PC, we are thrust into a defensive mode. PC threatens us because even innocent comments can destroy us. And so we replace real conversation with a fragile polite surface, and because it’s fragile, get militant about it. Soon we are at odds, alienated from true friendship, in the name of kindness.

The result changes society on every level. Our conversation is vapid, but even more, our values become vapid. We avoid anything that may cause conflict, which freezes our social development as surely as North Korea’s economy. This creates a world of pleasant illusions spoken out loud, but just underneath the veneer, a snarling animal cannibalism.