Tell me no lies 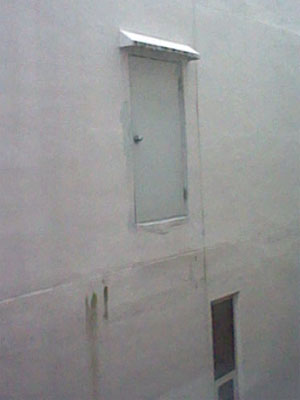 There is a world around us, all the time, that exists independently of whatever we may make of it. For the sake of convenience, we will refer to this world as “reality”.

If the sky is blue, then the sky is blue. Informing others that this means it will rain soon, does not make it so. Relating a tale about how, once before, a sky of such a colour resulted in a deluge, shortly after, has no effect at all upon the reality of the sky being blue. We may misrepresent things, or attribute other things to certain things, but there is no result to reality in this. Reality does not change, as a result. But something changes. What changes is us, and anyone else who believes what we say.

I used to be a fighter pilot, I say. I say this for no apparent reason. There is nothing to be gained by saying this. Especially since it is not true. But if I say it enough, I start believing it, as I embroider the tale, more and more, struggling all the while, to remember who I have told this to, so that I may remain consistent, and – well – believable.

And the time I saved the whole country from disaster, single-handedly, through my unusual abilities that were – well – whatever they were. Along with being a now-retired member of the elite special forces, so maybe it’s a good idea not to mess with me…

These are big lies. But the funny thing about lies is that there are no small ones. Any lie is a lie. A distortion of what-is into what-isn’t. It does not directly affect reality, even a bit. But it affects, big-time, the human perception of it.

Gather enough lies, from enough people, about enough things, and there is no way back to reality. It ceases to be, in our eyes, because we have overlaid it with enough illusion to completely bury it. It is gone. Without trace. Vanished from mortal ken. For – or as near as dammit – ever.

I chanced, one day, to realize, quite spontaneously, the damage that lying did. Not just to me, although the cost to me was terribly high, but to all my interactions with everyone else, and like a ripple in a pool, moving ever outward to affect all the others affected by all those others…

I undertook to never lie again. To nevermore misrepresent, distort, or falsify, anything, for any reason, whatsoever. And it was amazingly easy to do this. A great weight fell from me, and there were no more stories to keep straight, for anybody else, but most of all, for me. Suddenly I was free of this terrible affliction. Lighter than air. I soared with the certain knowledge that whatever I saw, lived, interacted with, experienced, was real and nothing but.

Of course, people don’t believe me when I claim I never lie, even though it is not a claim, but the truth. Because such a thing, in the experience of those people, does not exist. Therefore it cannot be. For them. But this does not affect reality. I do not lie because I know better.

Virtue has nothing to do with this. Virtue is no reason to become, and to remain honest. Honesty simply works better than dishonesty. And it is unfortunate that the dishonest have no way of knowing this. But then again: this is how reality works.

Imagine: a society in which everybody lies about everything, all of the time. Where nothing and nobody is honestly represented, or described as what it is, or what they are. Where no information accurately reflects that which it informs of. Where every member sees whatever they see, through a distorting lens of chaos, and then describes whatever they see, not as what it is, but as they think it should be described, depending upon who they think whoever it is might be, that they are describing it to.

Does this sound familiar?

What is a conservative? | The elusive white whale of truth