The economy is not coming back 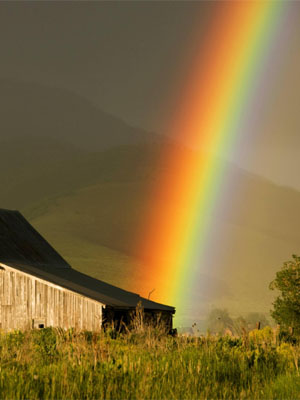 When the economy gets ill, people claim it’s a recession and then a depression. What they can’t do is tell you why this happens. The answer is simple: the economy is re-adjusting its own value after having been oversold.

Unlike energy, value can be destroyed. If you build your economy up and claim it has value, a clock starts. That clock runs during the time your economy has to deliver on that value. No delivery, and people figure it’s a scam.

This is not much different from how we treat new marketplace entries. If a new restaurant shows up and advertises its quality food, we wait for someone to report back about how great it was. If no one does, we avoid it.

Ten years into a burly recession, the talking heads say the boom days are not coming back. They didn’t warn us, because long-term thinking isn’t news.

The pleasant fiction is that what goes down must go back up. The complex reality is that we squandered the value we added to our economy over the past sixty years. It can’t come back because it was spent on dead-end targets.

Look at all that was given us. The postwar world gave the Allies a huge wealth boost. A Baby Boom came of age in the 1960s. Then a boom in cheap Asian labor. After that the internet boom. And what remains of these?

When you have “wealth” it must be put into a form that makes more wealth, or it dissipates. Holding on to wealth is impossible; it needs to become part of something that regenerates, or it falls out of relevance.

We could have built ourselves into the most powerful nations on earth. Instead, following what “the people” wanted, we wasted our wealth on other things. Both government entitlements and private spending on irrelevance crushed us.

Government wasted wealth on civil rights programs that didn’t work, crusades to end poverty, welfare and entitlements, and many well-intentioned programs and hiring a vast army of bureaucrats.

Private citizens wasted wealth on themselves. They bought luxuries, had vacations, partied hard, and saved nothing. Now they’re in depth up to their thyroids and have no savings to speak of. Retirement: never.

This is what happens when you sacrifice wealth. For a while, you have a lot of it. Then it goes away with a big flushing noise. After that, the economy compensates by dropping actual value minus the artificially inflated.

People don’t like to think about it that way. They like present tenses that imply a future without doubt. As in, “now we’re rich, and we never have to do anything again.” That attitude leads to poverty, as history now shows us.