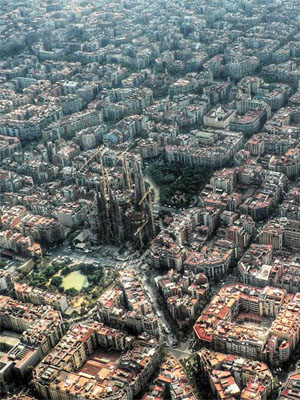 Conservatism discovers itself again at a crossroads. This is what happens when you’re in denial: you put aside what you need to know, and fill your head with stories that explain why you don’t know it and why that’s OK, and then you run into the same reasons why you needed to know that stuff in the first place. Wash, rinse, repeat.

Our direction remains unclear because we cannot finalize our response to liberalism, which is a relatively recent intrusion into human politics. We can’t see to realize that they’re different from us for a reason, and that by understanding that reason, we can stop arguing at cross purposes at them.

What befuddles us is socialization. Liberal politics is based in socialization or more specifically, conversation. Liberals excel at conversation because it is their basic mode of expression and the basis of their political opinions. They base their view of the world on what would sound good in conversation, and what might convince others to like them if heard aloud at a cocktail party or hipster bar.

This approach makes sense for civilization late in its life cycle. In late civilization, there are no more mountains left to climb: all has been done, and what we do is advance it incrementally by doing our jobs, keeping it afloat. As a result we are no longer judged by results, but by perception of results.

At that point, conversation is the goal: look good and you will be promoted, be accepted, sell your products or become a media figure. It is an alternate reality where anyone can succeed. Conversation is not based on results, but on feelings and on acceptance. If you want to be very popular, accept everyone.

Suppose that you’re a young hipster. A friend walks over and says dejectedly that he didn’t get the job. A reality-based response might be to notice that he’s been stoned for the past decade and probably failed an informal sobriety check. A conversational response is to tell him that it’s not his fault and it’s terrible that these rich, lazy, bloated corporations don’t hand out more money to deserving people like him.

If you were to speak the first response in polite society, you would be met with boos and hisses and considered to be very rude. Note: no one cares whether you’re right or not; it’s how you appear personally to others, because they’re judging whether they want you in their social group, not whether your statement was correct. But speak the second, and everyone nods. Women and smaller men relax; there will not be confrontation and conflict here! Merchants smile; the lack of conflict means the profit-hose can keep spewing. Everyone is “happy” with that answer.

For liberals, there is no sense of “creating” civilization. To them it’s like hot water in that it just appears when you turn the tap. They think in terms of how to convince others to help them, such as asking for service at a restaurant. This is why their primary and only mode of dealing with others is to flatter them, eliminate conflict and “give gifts” of social approval or collective inclusion.

Naturally this induces tension within the liberal. They are caught between two worlds: conversation and the physical reality that sometimes destroys their idealistic plans. This is why their policy is forever in a formation stage, and never in a measurement and refinement stage. It is pure image and nothing more. For them, there are no consequences because those are not part of the conversation.

This duality induces depression in them because they know it is self-destructive to be delusional. One liberal pathology involves trying to provoke people that they think may know better. On the surface, they want to defeat the opposition. Underneath, they are like people contemplating suicide, asking the world if it cares. They want to see if anyone will stop them from carrying out their destructive plans.

Conservatives fail to tackle this alternate world. We are driven by having strong ideals based in reality, and consequently are more aware of threats to those goals. The liberal perceives no threats because the liberal has no goal in reality, only goals in the world of appearance. When conservatives talk policy with liberals, they are speaking a foreign language that uses familiar words with different meanings.

For the past 200 years, conservatives have thrown up our hands at the obstinate denial of liberals and instead gone back to doing our own thing. We retreat back to our suburban homes, happy families, workaholic careers and hobbies. We groan and moan every election but then shut it out of our minds. Someday, we think in the back of our minds, everyone is going to wake up.

They won’t, however, because our behavior signals acceptance. We are accepting conversation as reality, and idle chatter as politics. We are accepting denial as truth. The result is that we tell them world we’re basically OK with this new direction, and we eliminate ourselves as contenders before we even begin.

This is why every few years there’s another shocking moment of waking up to the reality of it, finding ourselves at the crossroads, and again facing the decision we’ve postponed for centuries. We have to point out that liberalism is incompatible with reality and marginalize it as the idle chatter it is, not try to emulate it or give it credence by debating it.

How the zombie war began | The economy is not coming back