How The EU And USA Will Implode 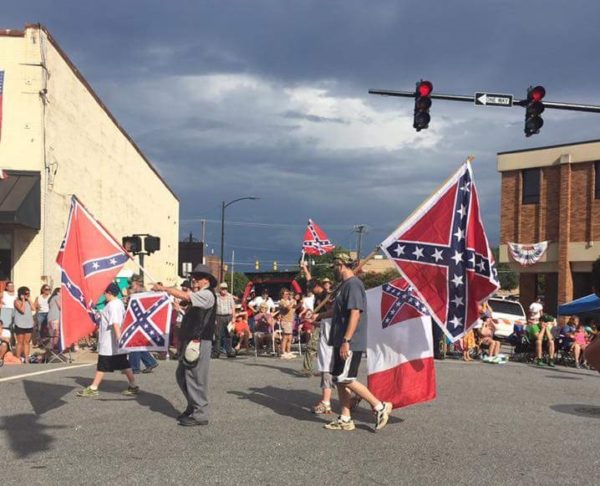 The New Right often gets overlooked in the flood of buzzwords, but its primary contribution was to match the subversion of Cultural Marxism with the idea of a cultural shift; if this blog has contributed anything to that, it is the Kantian idea that first people must decide to be good and only with that goal, can we make a cultural shift away from the selfish individualism that is the hallmark of liberalism.

One wonders where the New Right got this idea. Among other things, including writers from both Right and Left, the thinkers of the New Right may have observed the lessons of the collapse of the Soviet Union, which is here explained by the last leader of that decaying regime, Mikhail Gorbachev:

The Soviet model was defeated not only on the economic and social levels; it was defeated on a cultural level. Our society, our people, the most educated, the most intellectual, rejected that model on the cultural level because it does not respect the man, oppresses him spiritually and politically.

If you ever wonder why the West is panicked and manic about defining “oppression” to mean civil rights violation, here is why: they fear the day their people realize that oppression comes in many forms, and the creation of a wealthy but soulless hell in which the strong serve the weak is one of them. The rot of modernity has been well-chronicled by literature, film and philosophy, but no one has been willing to criticize what is a materially successful system, even as it erodes its population through sexual liberation, corruption, miserable pointless jobs, alienating crime-ridden cities and complete nonsense paraded as profundity by a junta of media, government and academia.

Despite the subtle horrors of modernity, most people could find a way out, and sold their souls for twenty pieces of silver that bought a suburban house, health insurance and plenty of watery beer to consume while watching important sporting events. This created an ugly modern psychology: you either “made it” and retreated to pay taxes to fund the disaster, or remained “beneath the wheel” and faced the dysfunction of the system at risk to your life. This explains the division of Western societies into a middle class and an underclass, with a few super-rich oligarchs floating above, completely removed from the daily experience of their citizens.

None of the ideological movements against modernity have succeeded because they fail to offer at least an alternate prosperity, or even better, an improved one. The lesson of history is that successful revolutions promise prosperity alongside ideology; the Leftists had their promise of wealth redistribution, and libertarians have the promise of getting your taxes back. None of these movements address more than the material, as the New Right noted, so by themselves they are unconvincing as ideological movements without a promise of enhanced prosperity.

To a Machiavellian observer, ideology serves as a justification for lifestyle. The undistinguished want everyone to be equal; the criminal want a concentration of power to exploit; the normal want stability and a feeling of well-being in the thought that they are treating others well. Modernity combines the first and third of those and makes them seem inseparable, which then makes it almost impossible to argue against, much as the ideal of Soviet Communism was that every worker would be provided for.

When that ideal revealed itself to be a form of camouflage for Machiavellian power, the citizens of the Soviet Union experienced a cultural shift:

A leading Soviet journalist and later a passionate herald of glasnost, Aleksandr Bovin, wrote in 1988 that the ideals of perestroika had “ripened” amid peopleâ€™s increasing “irritation” at corruption, brazen thievery, lies, and the obstacles in the way of honest work.

I would launch perestroika in exactly the same way today. “We can’t go on living this way.” That was our slogan. “I want changes,” Viktor Zoi, the pioneer of Russian rock music, sang.

People saw the man behind the curtain, and the system became separate from its promises. The third and first desires were separated, and then large numbers of people were willing to undertake the gamble of passive revolution, meaning that it occurred through (mostly) political means. Right now we are seeing the same thing in the West, where a vast program of civil rights and social welfare has been revealed to be the means of keeping leaders in power as each nation spends itself into insane levels of debt — and raises taxes, crushing small business and the middle class, much as its burdensome over-regulation does — to support this social/materialist agenda.

New perceptions contributed to a change in attitudes toward the regime and “a shift in values.” Gradually, the legitimacy of the political arrangements began to be questioned. In an instance of Robert K. Mertonâ€™s immortal “Thomas theorem” â€” “If men define situations as real, they are real in their consequence” â€” the actual deterioration of the Soviet economy became consequential only after and because of a fundamental shift in how the regimeâ€™s performance was perceived and evaluated.

When the man behind the curtain is revealed, and the noble ideals can no longer conceal the grim reality, change is in the air. Ironically, for the Soviet Union, a liberal state, it came through further liberalization: a revolt against the means of control, and not its purported goals. The nature of revolution to this date has been a steady shift Leftward, even in Leftist states, because people essentially want anarchy plus prosperity, forgetting that this abolishes social order and replaces it with oppression of one form or another. In our current age, we are seeing a revolt not against a regime, but against liberalization or at least its consequences.

As Mikhail Antonov declared in a seminal 1987 essay, “So What Is Happening to Us?” in the magazine Oktyabr, the people had to be “saved” â€” not from external dangers but “most of all from themselves, from the consequences of those demoralizing processes that kill the noblest human qualities.” Saved how? By making the nascent liberalization fateful, irreversible â€” not Khrushchevâ€™s short-lived “thaw,” but a climate change. And what would guarantee this irreversibility? Above all, the appearance of a free man who would be “immune to the recurrences of spiritual slavery.”

In this quotation, we find the actual reason for the fall of the Soviet Union: people perceived themselves as enslaved by ideology, much as in the modern West we see how all of our governmental policies fail, and yet we cannot change them because they are expressions of our fundamental liberal idea, which is the equality of all people as a means of avoiding hierarchy and “restrictive” social norms.

Those who watch historical trends can tell that the regimes of the West are falling because of a lack of faith within their citizens. The elites who want the sick show to continue know that they can keep society afloat through perpetual liberalization, but now, that seems to have run its course because there is nothing else to liberalize and our problems still get worse. For this reason, the cultural shift must not be against specific governments, but ideology itself, replacing it with realism that allows prosperity for the competent.

The key to this shift in perception is to appeal to the basic need of the individual to feel existential contentment without a loss of material support. The spirit of the human being requires a sense of pride, but this is not possible under ideological regimes, because in them the nation and its people become a means to the end of ideology and its frenetic quest for pervasive equality. This creates a crushing loop where people pursue happiness through egalitarianism, but then must confront the reality of enforcing such an illogical prospect.

Both are reminders that in the modern world, economic progress is not a substitute for the pride and self-respect of citizenship. Unless we remember this well, we will continue to be surprised â€” by the “color revolutions” in the post-Soviet world, the Arab Spring, and, sooner or later, an inevitable democratic upheaval in China â€” just as we were in Soviet Russia.

Nationalism, culture and values provide the pride that equality never can. This is why these are demonized by ideological states, which try to destroy heritage, family and religion as a means of replacing them with ideology. This is why, much like the modern West, the Soviets pursued a suicidal path of ideological struggle which eventually removed all that sustained their people.

SPIEGEL: The third issue: You are criticized for having criminally underestimated the national question â€¦

Gorbachev: That’s not true. I lived in a country in which the people spoke 225 languages and dialects, and where all religions existed. I grew up in the Caucasus, and I was familiar with the problems.

Diversity was our strength in the Soviet Union as well because ideology requires destruction of culture, which requires diversity. Diversity replaces a single way of living, with values system and culture, with the brutalist conceptions of the State. It naturally leads to a situation like the one the current West endures where the wealth of the nation is redirected into the ideological goal of roping others in to the same system, which in our case is globalism and in the Soviet case was international communism.

As one economist observed:

â€œThe Soviet Union was a peculiar empire in that it didnâ€™t simply exploit its colonies for material gain but actually provided for them,â€ says Gabriel Stein.

Our peculiar empire has shifted from colonialism to a policy of gift-giving through foreign aid abroad and the welfare state, geared toward third-world immigrants, at home, as if following the Soviet playbook. This does not show a Communist influence so much as it demonstrates the inevitable end of all liberalism: a series of subsidy programs ever-expanding to keep the ideological state powerful, at the expense of both prosperity and spirit.

The days grow short in the West. Winter is coming; history shows us that Leftist empires end the same way, whether in ancient Athens or modern-day America and Western Europe. This is how the EU and USA will follow the Soviets into doom, but it is up to us to recognize that we do not oppose those governments so much as the principle upon which they are based, because it always ends this way. Until we revolt against the revolution as idea, we are doomed to endlessly repeat this cycle of optimism and failure.