The creeping hand of power 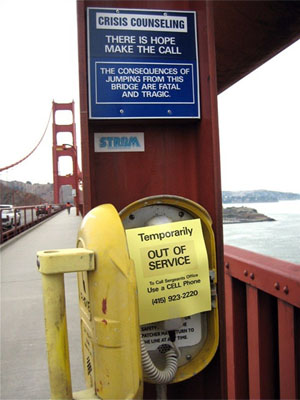 “Absolute power corrupts absolutely,” they told me in high school, with stern expressions to let me know I had been exposed to profundity.

I have a different supposition: Power is a virus. If not taken out of the hands of individuals and directed toward some abstract but realistic goal like the growth of a civilization, power serves only itself — but it does so through the individualism and self-importance of unorganized people.

This is where politics leaves politics itself, because now we’re talking about the nature of power, not values (right, left) or manipulation (compromise, spin, ideology). We’re talking about how the human herd organizes itself, and not what it intends, but what corrupts its intention.

Now, all of this is out the window if power has a goal. Power with a goal is a three way switch — did it: (a) come closer to achieving the goal, (b) move farther away from the goal, or (c) do nothing? For all practical purposes, #b and #c are so close together that they get measured the same way. This is what holds power in check; comparison to the objective.

However, where there is no goal or only a vague maintenance-style goal like we have in the modern west, power has nothing to check it. Like a government employee or non-profit, it has no measurement of its success or failure; it just is. It keeps meeting its own internal goals, and so it assumes it is OK.

Wherever this kind of power goes, it expands. This can be a volunteer group, a friend group, a government, a non-profit, a corporation or even one aspect of your own mind. Once power exists, and has no outlet (goal), it starts working to further itself — because if it doesn’t do that, or stagnates, it declines (options #b and #c above).

Bureaucratic institutions never get smaller, only bigger. When a need arises, a bureaucracy is created. It begins addressing that need. Unless it can fix the situation immediately, it sets in for the long haul. At this point, it starts working to perpetuate itself. The situation is removed, and replaced by internal goals and external appearances.

Each year, the bureaucracy needs to find a way to justify itself. It can almost never do that by pointing to what it has been doing all this time and saying, “Yep, we’re just doing the same stuff, year after year.” People mistake that for option #c, stagnation, even though for most non-immediately-solvable problems the answer is to keep doing the same stuff that is known to ameliorate them, or do nothing about them and design around them (this is difficult).

As a result, the bureau must come out with a new initiative ever year. It’s doing that to defend the jobs of the people who work for it. A consequence of this however is mission creep, or the tendency to keep tacking on new goals as “sub-items” of whatever ostensible goal it was founded to have.

This means that every year, the bureau gets bigger, hires more people, and does more stuff. This is a form of entropy because it is becoming less organized, less effective, and more likely to be internally “gamed” by people who are fulfilling its internal demands, which are a step removed from actually addressing the problem. If the managers are check-writers are happy, the organization has succeeded; the actual problem is a secondary concern.

The result is that government turns leftist because leftists favor intentions over results. Intentions are what bureaus do best; they announce the new initiative, hire more people and spend more money, and when the problem goes unsolved, they haul out their mission document and show they’ve met their internal targets, even if their external ones went unaddressed.

Leftism builds more government. It allows government to justify itself by intention, and thus to grow itself. Power is a virus, and it is expressed by finding more dependents that require it so that it cannot be removed. This is a fundamentally defensive strategy.

Power likes to be leftist and have good intentions because that lets it expand. This seems to be why all governments except monarchies quickly plummet into oblivion. Even the totalitarians come to love their dependents, and soon they have converted society into a trough with no visible means of support. Shortly after that, the bill comes due, and it collapses.