Mass mania versus the careful analysis 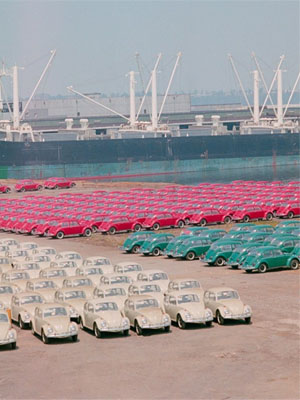 Some of the most exciting parts of a discipline occur near the edges where, in intersecting with other modes of thought, it produces an interference pattern that shows its essence.

If you can imagine the collision of bodies of water, the scattering of light through a prism, or the small gusts of wind that whisk the dust across lonely porches, you can see what this is like.

Politics presents an interesting study because it is truly an all or nothing discipline.

It is “all” because it is the foundation of human interaction. Chinua Achebe defined politics as the science of getting other people to do things. Because on one level, politics is the manipulation of the emotions and/or logical thinking of others, there is politics in convincing a buddy to bring you a cup of tea or coffee.

It is “nothing” because many people do not want to import it into their lives. When a situation becomes politicized, the goal is no longer the goal. The new goal is getting along with the committee, and getting some kind of compromise that approximates the goal. Because it never quite works, no one really wants to identify with this process.

At the edge of politics however is a more interesting question which we might call “civilization design.” Every act we commit has a consequence; ideally, all of these consequences would like dots of paint splatter forming a silhouette gradually create a bigger plan. Once we see that, it’s impossible to divorce our actions from the fact that whether intentional or not, they produce a bigger plan.

Thus there is no escaping politics and, worse, there’s no dividing it into issues. There is only one issue: what type of civilization do you desire? And that question extends far beyond politics, to cultural values, to the composition of the society’s population, to even what sort of day-to-day activities we undertake.

While I’m very fond of Nietzsche and Schopenhauer, my first love was of Immanuel Kant. Among many other useful ideas, he pulled an idea that was soft-shoed in Plato and brought it to the fore: there are no inconsequential acts. Every act has consequences, which have consequences, and so no act is separated from having a bigger purpose.

The simplest example of this to me is littering. The litterer would like us to think that littering is an act of convenience; they “just forgot” or found it easier to leave the garbage around or throw it out a window. In fact, littering is an act that tells a lot about the litterer; it says they’re not in love with their world, that they aren’t thinking beyond themselves, and that there’s probably a motive of revenge, hatred or a desire to scream dissatisfaction with the world in that act.

Vandalism is another. People who spraypaint their doodles on walls like to think they’re artists who are expressing themselves. And yet, they’re choosing to do it in a way that’s permanent, that causes other people trouble and turns society into a motley of conflicting scribbles, each shouting for attention. Their act says they feel powerless and want control over their lives, and also want to revenge themselves on those who own walls.

Casual sex is another daily act which has wide-ranging consequences. People are fond of the notion that it is simply a choice of convenience, and of a bodily need. In fact, there’s no such need; people survive not having sex, sometimes for their entire lives. What it says instead is that they see themselves as a means to an end of their own bodily pleasure, not a means to an end of something greater than the body. There’s a lack of hope in that, too, and a lack of faith in themselves.

None of these acts are inconsequential and each act reflects a vision of society. The vandalism, littering and rutting suggest a world where each person does what strikes them as important in the moment, following a whim, feeling or judgment. By definition, this excludes long-term thinking and its visions like realism, consequentialism and through those, the finding of timeless and enduring values.

When we look at society then it is impossible to see politics not only in politics, but in all that we do, or to see politics as the end result of our many acts gesturing at what type of civilization we want. At that point, we see the fundamental split that occurs in all dying cultures (and the West is a dying culture; our economic, political and social instability are symptoms of that, not causes).

On one side are the people who are dedicated to the individual, the here and now, and the individual’s feelings, judgments and desires. These people have no long-term plan and so move from mania, fad and craze to another, always having some current obsession that they believe will give meaning to their lives. Since they have discarded meaning outside the individual, they must find it in such crazes, which momentarily make them feel connected to life, and are always justified as “doing good” because that makes the people involved feel they are “good” and thus that their lives are important.

On the other side are the careful analysts. These are the people who built civilization, and the ones who save it periodically through self-sacrifice. They are inherently long-term thinkers and consequentialists, because in order to have values at all, one must measure those values by how to achieve them and how past acts have done that or fallen short. Careful analysts measure consequences to enact the timeless whenever possible.

There is no reconciling these two ways of life. They are more fundamental than politics, and yet must be the foundation of it. Right now the mass mania has won, but this is winding down as liberal democracies across the world sail into multiple problems whose origins were created centuries ago. It is time for a new age. It helps to discover which side you want to be on, the faddists or the thinkers.