The consequences of political correctness

Forcing people into speech codes which deny obvious problems in turn causes those people to turn to violence. Suppressing natural desires for organic societies will bring more violence, not less. 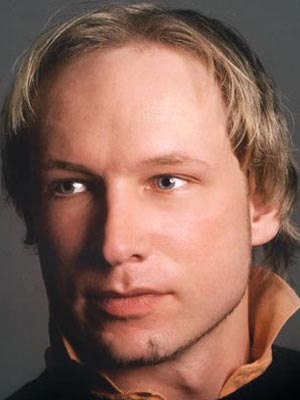 No one disagrees that the bombing and shooting yesterday in Norway constituted a great horror. After a long string of horrors in the 20th century, we thought we were done with such things, but as the events from September 11, 2001 to yesterday suggest, we are not.

When all of our efforts fail to resolve problems, we have to think that the cause of these problems still remains. We may have beaten down an instance of it, but whatever underlying disconnect keeps creating the problem remains unchanged.

I like to compare such reasoning to whirlpools in bathtubs and ponds. You can interrupt the whirlpool by putting an oar in it. However, the cause of the whirlpool is a clash of currents across the body of water, and that re-creates the whirlpool as soon as you stop interrupting it.

When we embarked on the first World War, the “war to end all wars,” we did so in the belief of the century prior that nationalism was bad. The new nation-state Empires of Europe would replace nationalist states and we would have peace.

This belief in turn resulted from the leftist/liberal revolution in France in 1789, which ended in the murder of thousands of men, women and children. The French revolutionaries wanted an end to any kingdom but the kingdom of the individual.

They saw the individual as the victim of society, forced to do things that were not in his or her interests, for abstract notions like culture and nation. They wanted to destroy all of that and replace it with citizens of the globe, doing only what they wanted to do.

WWI and WWII inherited this dogma. The modern democratic state — with its moral underpinning, scientific basis, and industrial machine — waged destruction against the nationalist states. It was presumed that the nationalist states were the cause of the conflict, and were not pre-emptively defending themselves.

This culminated in a Cold War, which was a struggle between two types of modern state, one democratic and one Communist. The Communists ultimately fell apart because their citizens lost any sense of loyalty to the nation itself, and instead worked for their own gratification at the expense of the collective.

With the end of the Cold War, we experienced a great merging. The West became more leftist while retaining its consumerist base; the East because less leftist by adopting a new consumerist base. The result was a hybrid based in the democratic ideal.

That ideal is the notion of the individual having equal freedom and doing whatever it wants, with no obligation to culture, history, tradition, heritage, customs or even common sense. The individual is finally “free” under such a system, with one caveat: it must support that system, which is a political ideology, not a culture.

As a result of this ideal, any person who requested a social standard became The Enemy. Making rules for anyone but yourself is really bad, all modern people agree, except for that one rule that says no one can make rules. It’s a non-ideology that is compelling because it justifies selfishness.

We have gotten away with our non-ideology because so far, we have had no problems that need solving. We can always just move away from the bad neighborhood, get another job, put it on the credit card, and do any number of other things to defer the problem.

From this non-ideology comes the notion of political correctness, or a type of speech and behavior code that re-inforces this non-ideology. This reinforcement starts with those who are to be pitied. We defend them so that the ideal of universal tolerance and freedom is defended.

This in turn creates a society with two fatal flaws. First, any individual, if irrational, can sabotage a process by claiming it victimizes them, leading to “compromise” which robs us of any direction. Second, no social standard can be created because it requires individuals give up some “freedom.”

For these reasons, we follow a type of inertia that leads us to more of the same thing we have been doing. When problems come up in our neighborhoods, we move to the suburbs; if our cars are junk, we buy twice as many. The whole of the process of life has become slave to the details.

The end result is that those who can rise above the herd and do good things are not recognized; in fact, they are ostracized and humbled by those who demand equal freedom for all individuals. Our society actually hates leaders and experts, and replaces them with numb talking heads and pandering politicians.

Political correctness has murdered political discussion in the West as a result. Any idea other than the stock leftist-consumerist hybrid (“everyone do what they want, and government will arrest troublemakers”) is shouted down. Anyone who rises above the rest in mental ability is accused of being stupid. Nothing gets done.

This level of frustration culminates in events like what happened in Norway, or the school shootings of the recent past, or even the Hutaree militia, Virginia Tech shooting and Tim McVeigh. Civilization has itself become an oppressor because by insisting on the rights of individuals, it destroys our right to have a stable and sane civilization.

However, the majority of humanists but also many liberals are anti-nationalists, and are therefore by definition also cultural Marxists. You can promote either multiculturalism (cultural Marxism) or monoculture (nationalist); there is nothing in between, even though most do not dare to admit this yet.

The problem is that Europe lost the Cold War in 1950: the moment they allowed Marxists / anti-nationalists to ravage freely, without restrictions for the positions they could have and the power positions they had the opportunity to obtain (teacher / professor positions in particular).

The result, in particular in Norway and Sweden, is that extreme Marxist attitudes (of cultural Marxists and humanists) have become acceptable / everyday while the old-established truths of patriotism and cultural conservatism today is branded as extremism. Anti-nationalist attitudes have unfortunately not only become mainstream but are now required as a fundamental attitude to be able to climb in socio-economic hierarchies.

For me it is very hypocritical to treat Muslims, Nazis and Marxists differently. They are all supporters of hate-ideologies. – Google Translate @ www.document.no/anders-behring-breivik

Our society suppresses any speech that is not politically-correct. When you stop people from expressing what they want, and even worse force society to be granular such that no individual can choose a social order, people are going to fight back.

Our leftist-consumerist society allows us to go to work, go shopping and participate in any number of personal activities. We cannot change society itself. It is the perfect post-totalitarian system: it controls us without visibly doing so, and compels us to crush those who threaten our “freedom.”

Suppressing natural instincts like the desire for an organic state — one built upon [heritage, culture, shared values, language and customs] instead of [political dogma, commerce, and popularity] — always causes a conflagration. By demonizing ideas we must discuss, we guarantee terrorism.

In order to preserve the memory of the victims in Oslo and Utoya, we should reconsider our unquestioning path. Instead of political correctness, we should talk about the things we fear, and stop forcing people into corners from which violence is the only escape.