The art of violence 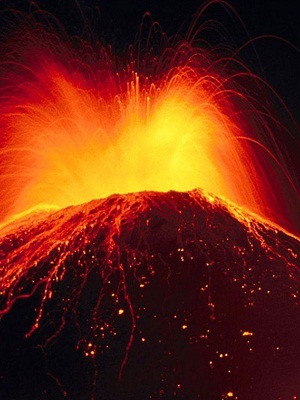 We don’t like violence, do we? Not us. We are civilized.

Violence is for knuckle-dragging thugs, who are unable to demonstrate higher forms of behavior.

Or is it? What is violence, anyway?

Violence is much like sex. To be feared, until we engage, and lose ourselves in it. An explosion, similar to orgasm, in which one is transported into a realm that does not exist in our day to day dealings. Every part of one’s body involved. Giving its all.

Violence can be excruciatingly exciting, dangerous, stimulating, and satisfying.

Like sex, violence can be over-indulged in. In so doing, it may lose its meaning; its purpose.

Violence is usually best avoided, but when it can not be, it is best to give one’s whole self to the act.

And there are times when violence is the only reasonable response, the most expeditious course of action.

I recently had a conversation about goals. One of mine was peace.
Now there’s a word, that like so many others, means only what it means to whomever employs – or hears – it.

My life has been replete with violence. Mostly, not of my choosing. This being so, I have become a master of close combat.
Truth to tell: once engaged in, violence becomes an end in itself.
Again, very much like sex.

Problems can, and do get solved, by violence, contrary to what most people seem to believe. Hierarchies are established, and protocols learned. A man bested in combat generally learns respect for the force that has bested him. He tends to avoid this thing, with this adversary, that has resulted in his defeat.

So why is my goal peace?

Peace is what remains when violence has had its day. Peace is what violence is often about. I am willing to engage in violence, to achieve peace. Willing to risk danger, injury, even death, to restore balance.
Violence, like anything else, has its flip-side: without it, there could be no peace. For peace is not a stable state: it comes and goes, it is, or is not, and sometimes can only be won, or maintained, by violence.

Martial arts are a peculiar phenomenon. They are not natural, and must be learned.

One must be taught to move in ways that are not one’s own ways, to strike, hold, throw and grapple, in ways one would never consider, before one was taught. They exist to educate otherwise peaceful people in the ways of violence.

But who are those who develop these teachings in the first place? How do they know these things?

They are the rare ones who need no martial art: they do these things naturally.

My own experience of martial arts has been that I have sustained far more injury learning a defense, than I ever did in actual combat. I discovered, at a late date, that I did not need to learn such arts: they were mine to begin with.

I never chose violence, but had it thrust upon me, from an early age, by my particular circumstances.

I was forced to either learn to cope, or become a beaten, bullied victim. I learned to cope, and then to excel.

Excellence in anything, remains excellence. There is no “bad” excellence.

Thus violence has its place. How it is used, and when, is part of the art.

I once sat beside a lake, in the Canadian wilderness, and basked in the illusion of peace and tranquillity. The sun shone, the breeze was gentle, the mountains grand, and the forest endless. Peace. Then I glanced down to the warm sand at my feet…

Among the pine needles and plants, were insects, in their thousands, dismembering and annihilating each other. Everywhere I looked, the same scene repeated itself. In the clear blue sky, against a warm sun, a hawk fell upon its prey. An Osprey dispatched a fish. The forest lay littered with bones of Moose, Elk, and smaller mammals.

I felt my own mortality, and knew it as inevitable. Peace may exist from time to time, amid the general carnage. That is why it is precious.

The Art of Violence:
To understand that violence is inevitable, and necessary, whenever it becomes so.
To engage in it under such conditions, to the exclusion of all else.
To do so with joy, and with no reservations.
And afterwards, to return to Peace.