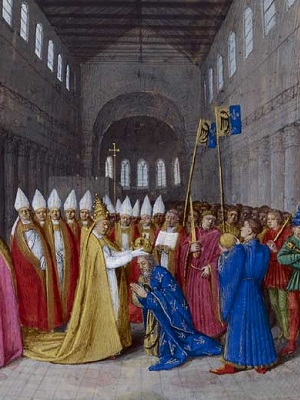 The leftist would have you believe that every person is equal to every other, and that those who are richer, smarter or better-looking are that way “by accident.”

In saner times, people older than age 6 would see such a person as developmentally stunted, but now we’re expected to take leftists seriously (even if many of us treat them like the overgrown children they are).

But we live in an age where awareness of the vastness of our species, plus democratic and egalitarian ideals, means that it’s not the quality of thought that matters, but the quantity of people who can find that thought appealing.

Sadly, the British monarchy has decided to suicide through outbreeding with unexceptional people:

Is everyone happy with Williamâ€™s choice?

Some class-conscious snobs are not amused that the 28-year-old prince has settled for a commoner descended from coal miners and laborers over a bride with a hereditary title. Charles Mosley, editor in chief of Burkeâ€™s Peerage, Baronetage and Knightage, the Whoâ€™s Who of British blue bloods, said that even after eliminating â€œthe married women and those too old,â€ 10,000 noble women would be eligible. A few of Williamâ€™s well-heeled friends have reportedly mocked Middletonâ€™s humble family background, dismissing her motherâ€”a former flight attendantâ€”with the phrase â€œdoors to manual.â€ Many ordinary Brits are derisive of such comments because while Middleton, 29, might technically be a commoner, sheâ€™s anything but common. Her parents are millionaires thanks to their party-planning business, and Middleton was educated at Marlborough College, a top boarding school that charges $50,000 a year in fees. – The Week

The idea behind aristocracy is straight out of Darwin’s theory of natural selection.

The people who most loudly clamor for Evolution-versus-Creationism to be trumpeted from the towers are the ones most likely to be in denial of this obvious truth.

They want evolution to mean that someone else is below them, but not that someone is above them. It’s kind of pathetic when you see how obvious that is.

With our knowledge of the complete unalterability both of character and of mental faculties, we are led to the view that a real and thorough improvement of the human race might be reached not so much from outside as from within, not so much by theory and instruction as rather by the path of generation.

Plato had something of the kind in mind when, in the fifth book of his Republic, he explained his plan for increasing and improving his warrior caste.

If we could castrate all scoundrels and stick all stupid geese in a convent, and give men of noble character a whole harem, and procure men, and indeed thorough men, for all girls of intellect and understanding, then a generation would soon arise which would produce a better age than that of Pericles. – Schopenhauer, Arthur, The World as Will and Representation, trans. E.F.J.Payne, 1969, p. 527

The aristocracy was created by taking the best of the founders of civilization, and putting them in a special group that both maintained civilization and bred future leaders.

The commoners were not in that group because their ancestors lacked those traits, and history records that commoners have since then embarked on an unending series of rather pointless existential quests that involve avoiding the hard realities of life and the opportunity for graceful creation they afford.

Any time you hear complaints about the bourgeoisie, you are hearing people complain about the wealthier commoners who have made a good living, but have no concept of direction in life so fall into idleness and neurotic compulsion.

Below them are the peasants, drones, laborers and others who if not supervised, will steal, lie, cheat, deceive and elude. They are people who have no goal except that given to them by material possessions, bodily sensations or the crack of the whip.

When we look at our society through the broader filter of history, we can see why aristocracy are vital: they are those who keep the sacred role of leadership and civilization improvement alive. Everyone else has fallen into individual pursuits and neuroses.

This is not to say that commoners are bad; it is to say however that aristocrats must be exceptional, and that any society without them is on a path to dissolution.

Most people are in total denial of this fact. They prefer to think that a Prince can marry the grand-daughter of a coal miner, whose parents made their money in selling party supplies, and still produce another generation worthy of leadership.

They cannot. The British monarchy has self-destructed at a time when, like never before, it is vitally needed.

How free markets fix problems | Who are you?