EpiPen, The Religion of Progress and The Price of Delusion 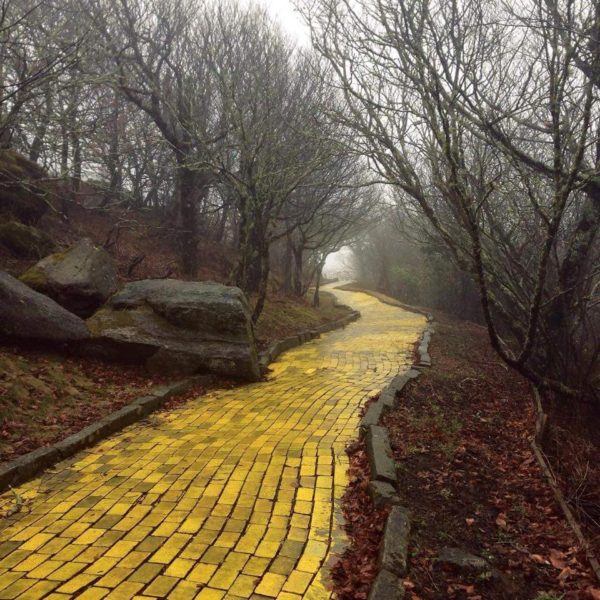 People will piously speak of their faith in Progress with regards to health care in a way that befuddles those of us not so deluded. Meghan McArdle writes of these poor, benighted snake-handles of Progressivism below.

‘The health of Americans should not be a profit center. Health care is a right. Full stop.’ That comes from the Twitter feed of personal finance writer Helaine Olen.

Now Helaine’s proclamation sounds reassuring if your five-year-old girl is running a fever of 102. It makes a certain relieving sense if you’ve just learned your elderly mom has stage three stomach cancer. This sentiment only repels me when I step back from my personal angst and pain over various medical maladies. Words have meanings and the meanings of these words come freighted with unintended consequences that can prove ungodly.

If Barack I declares something a God-breathed right, then United States Marines are expected to willingly die any time we Amerikans aren’t getting enough of our right. If that right is to an unlimited supply of unobtainium, then it properly isn’t a very bright idea to visit your recruiter and volunteer for Paris Island. When that particular right cannot even be objectively surmised in specific terms, it might as well involve unicorns, pixies and a pot full of unobtainium at the end of a cheery, imaginary rainbow.

Healthcare isn’t the most specifiable right. The requirement varies with every diverse individual. The general intellectual concept of health care as a right involves equality of outcome absent any similarity in initial case-by-case baseline. None of us need a single day at Med School to comprehend that not even Dr. Ben Carson can offer you that deal.

But there is always some guy who will tell you he can. This Gnosticism is the devil’s opportunity. Old Scratch just has to tuck that pair of horns under a snappy fedora and find somewhere to stash the cloven hooves and tail. Then he’s right in the front door doing business with Faustus.

It was the Robin Cook novel Coma that featured a villainous physician describing America’s hospitals as the cathedrals of our age. When people collaborate to build a cathedral1 the project seeks to venerate an ideal. The object of veneration here is deified progress. Progress so unstoppable, so ineffable, so complete that the veil of death is torn down and all the crazy superstitions are debunked. To logically and scientifically conquer death is to ascend. It is to kill God in a manner Nietzsche could never have foretold or even imagined.

Immortality, like Faustus’ deal with Mephistopheles comes at a price. It’s a price we don’t like paying, but reality collects. When we borrow against reality’s good graces via delusion, it sends over Carmine “The Spider” Baggadonutz to collect. “The Spider” in our healthcare fanstasyland is the rent-seeker pharamceutical firm. These guys see the dirty end of health care and see it the way all practical professionals see their field of employment.

They see it as a cutt-throat game of poker. When money goes down on the table, they are commissioned by their shareholders with a mandate. That mandate is to seize that money by any means available. In some cases, they carry this waghaltery out with a cheerily obscene elan.

And if you are put off by Martin Shkreli mansplaining this sort of things, Mylan CEO Heather Bresch shows us how it feels to have your wallet handi-vacced with a more feminine touch. She has seized upon her firm’s EpiPen monopoly and totally turned the screw allergy patients.

The drug has risen in price to around $600 from about $100 in 2009, according to medical literature and GoodRx, which lists drug prices at various pharmacies. But Bresch made no apologies for such pricing: ‘I am running a business,’ she told The New York Times. ‘I am a for-profit business. I am not hiding from that.’

Heather Bresch and Martin Shkreli just went in harder and did more damage. This has been an ongoing trend in the pharmaceutical industry at least since 2007. This slide from a presentation I did at work a couple of years back draws on research done by Bloomberg News and puts it in perspective contra the rate of inflation imagined by The US Bureau of Labor Statistics. 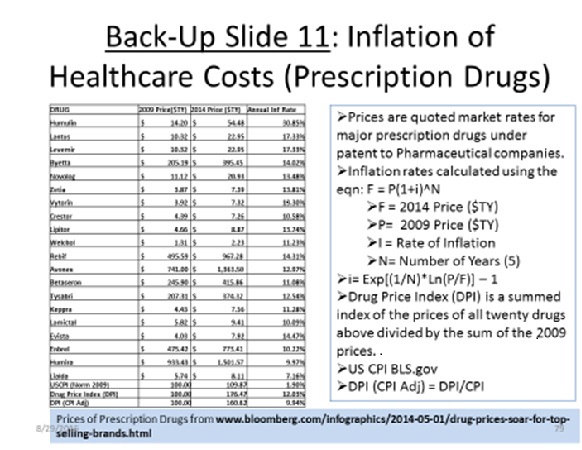 Reality dictates that healthcare consists of a complex bundle of varying goods and services. It will vary as each of us varies as a human being. The outcomes will vary. The prices will vary. The requirements will vary. There is no intelligible process by which we can guarantee it to every citizen as a fundamental right. This belief is delusional.

Every delusion has its price. That price of delusion currently manifests in the cost of prescription pharmaceuticals. Heather Bresch and Martin Shkreli make handy Immanuel Goldsteins for Amerika’s INGSOC, yet neither is the root cause of expensive, inefficient American Healthcare. That is the price for sinful, foolish belief in the heresy of Deified Progress that pervades much of our declining Republic.

1 Apologies to Moldbug, but I speak of the actual physical edifice in this piece…

The Anti-Society: The Alt Right Is Tired Of Living In Mordor | The Holistic And Organic Model Of Civilization