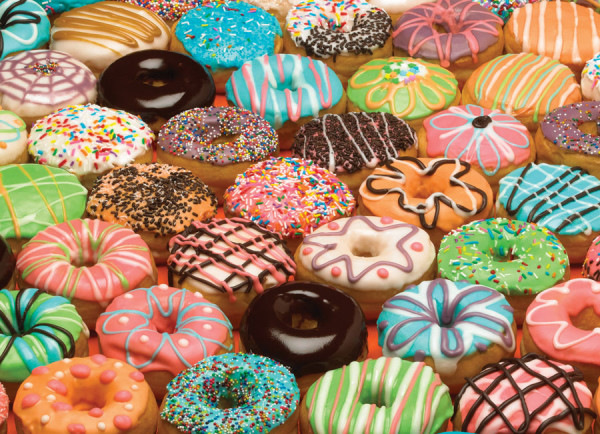 We might divide the State into three aeons. In its earliest days, from the Magna Carta to the peasant revolts of the 1500s and finally the French Revolution of 1789, the idea was what might be called “classical liberalism”: do away with leaders and objectives, and let each person make money as is convenient for him. This initiative was taken on by merchants who wanted to be free from social standards and the oversight of aristocrats; in other words, it was purely financially-driven, although it justified itself with a pretended altruistic concern for the lowest socioeconomic classes through egalitarianism.

The second season of liberalism came about after the Napoleonic Wars when liberals realized that egalitarianism inevitably descended into oligarchy because most people are not competent and/or not interested in productivity, profits and power. This meant that classical liberalism sure as the sun rises leads to domination of the many by a few who are more capable or more motivated, and as a result proves the idea of egalitarianism itself false. To avoid this, liberals added a subsidy state to classical liberalism. This new form, socialism, took the “do whatever you want” of liberalism 1.0 and fused it with mandatory state subsidies (through ownership of means of production) to produce liberalism 2.0.

After the second World War, which was mostly an outburst against the onset of liberalism 2.0 much as the Napoleonic Wars had been resistance to liberalism 1.0, the West faced a quandary: it wanted to distinguish itself from the right, but also not follow the path of the liberalism 2.0 societies which were turning into impoverished, corrupt, venal, filthy, and unproductive third world ruins around it. A visit to Russia would convince anyone that liberalism 2.0 had fatal flaws. The West then cooked up liberalism 3.0, which involved European-style socialism lite — a benefits state — coupled with American capitalism, which insisted that money be earned first, then taxed, and then distributed in such a way that it was spent instantly on fads to pump-prime the economy. Where Eurosocialism focused on education and medicine, liberalism 3.0 dumped money into the poor so they could become consumers, and generated wealth by creating a series of trends like the iPhone which increased the estimated value of the economy by sheer volume.

With the downfall of the Soviet Union in 1991, liberalism 3.0 took on its final form as the Baby Boomers took office. It has the “do whatever you want” of 1.0, the subsidies of 2.0, but the power of capitalism that won the second world war. It has however inherited the curse of all large states which is the bureaucratic-managerial layer, and its dense forest of regulation both creates jobs for people who are fundamentally useless otherwise and restrains others from taking action. The red tape chokes the economy. The result is that liberalism 3.0 is seeing a makers-versus-takers ratio shift:

Last month a record 93,194,000 Americans were counted as not being in the labor force. Counted might be the wrong word since this group is largely erased from any employment figures. In fact, this is a large reason why the unemployment rate has fallen so dramatically. Yet one grim financial reality remains. That reality includes the fact that 1 out of 3 Americans is carrying the country financially by working in the private sector.

In other words, the subsidy state has now entered its final form: it has perfectly separated the takers from makers, and has made the makers as efficient as possible. Like a good business, it takes as much as it can and expends the least amount of energy possible on its product. This kind of behavior only works in a closed system where outside forces, like invading Vandals or economic disturbances, do not intrude. Thus the cost of this high efficiency will be death.

This death may not come from without however. Most societies vanish at their own peaks, struck down by mysterious forces as if everyone just left in one bright instant. In my reading of history, the cause is not everyone leaving, but those who have the wit to notice and record ceasing to be there. They either left, died out, died by violence or were shamed into silence. That feeling pervades the West now, too. But even more prevalent is the tendency to force each person to be obedient so that they get vested in the current system, which prevents them from being its critics. “Vested” means having a job, getting paid a lot to do little, and thus being content with one’s personal status in life, even if the thunderclouds on the horizon create neurosis and stomach cramps.

A highly-regulated ideological society like the West has become, even if funded by consumerism + capitalism, seeks to reduce all people to the role of “worker” even if specialized. It likes its interchangeable parts. This creates a single path to rising which will reward competence only if it is first paired with obedience. This creates a division of the population as follows:

These four quadrants produce three categories: desired workers (competent/obedient), workers of no particular value (incompetent/obedient and disobedient/incompetent) and workers who are an active threat (competent/disobedient). From a Darwinian sense, this represents a war against those who are capable of independent thought and action, even if they mean the best for their employers and society. As people who do not toe the line, they are a threat to the one-dimensional social order maintained by ideology, which is strictly binary: you are either obedient, or not. Incompetent disobedients are seen as unfortunates whose incompetence explains their lack of obedience, and they are easily controlled because their lot in life can always be identified as the result of incompetence not disobedience. It is those disobedient competents that are feared however.

A society in earlier stages welcomes the disobedient, because if they are competent and stay focused on the goal, their disobedience takes the form of up-ending calcified methods and inspecific goals. Their transgressions cause the system to grow stronger by challenging it where it needs to be challenged. As time goes on, however, too many people become vested and as a result, turn against the disobedient who are competent enough to state a plausible cause for their lack of conformity. This creates a disciplinarian situation where the system enforces its own order first and any productivity or effectiveness second. This is the same scenario that crushed the Soviet Union, Venezuela, the French Republic, Cuba and the pre-capitalism Chicoms. It is the long walk into oblivion and paradoxically, it comes about when a society makes people wealthy, powerful and free enough to defend their interests against any who might know better in any form.

Strangeloop conference censoring Curtis Yarvin for Moldbuggian opinions | Where did the “diversity=genocide” meme come from?