The alpha-beta distinction needs to die 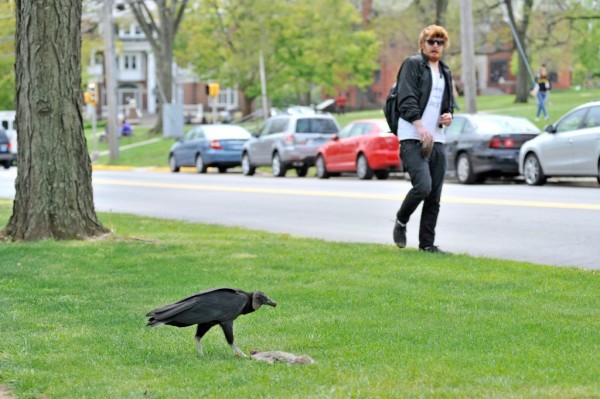 Before the internet, there was suburban lore. It produced stunning stories that seemed plausible and served in a certain way as metaphors for what we wanted to believe. For example, it was once “certain” that Richard Gere had done something unmentionable involving a gerbil or hamster. It turns out to be not true, but back in the day, just about anyone would confirm it.

Now that we send messages back and forth instantaneously, lore has expanded and become memes, which are ideas or images that convey factoids or opinions that at the moment make sense. Most of these are projection: what we want to think is true, rather than what we know. Sometimes this is profound, when we cannot articulate what we actually mean; often, it is merely more of the same illusion that causes our society to be moribund and to keep picking manipulative leaders.

One such item of lore is the ethology of rankings in herd animals, where different types are assigned to different personalities:

What a convenient hierarchy for those who wish to declare themselves alphas, and use that as a justification for self-serving behavior.

I have known many such people. They tend to have demi-leadership positions like project manager or store manager. They specialize in being “aggressive,” which means unyielding and pushy, to them. However, they tend to often miss underlying issues, which is why despite their ability to meet deadlines, they never advance above their position because their projects tend to fail in the long-term. That is to say: when your “aggression” consists of being pushy, you force people to overlook certain aspects of their projects which are important after the deadline. Very few think of this.

Others are simply selfish and like to use their perceived alpha status to justify near-larcenous behavior. Their problem is that then the people they attract to them tend to be of a similar mindset, which creates nests of semi-thieves trying to prove which one is cleverest by robbing the others. This is more the setup of an Agatha Christie novel than a healthy way to live.

You mostly find the alpha-beta descriptions in use among the internet groups dedicated to neoreaction, men’s rights, “the red pill,” the dark enlightenment and other groups that want to convince you that you — you, the shining ego — are super-important and you have a justification for rising above others and doing what you want at their expense. This is basically no different than French Revolutionary rhetoric, except it’s targeted at the single male who wants to spend more time having sex, drinking and playing video games.

I offer an alternate explanation: we are measuring aggression wrong, and the alpha-beta hierarchy is misunderstood.

Aggression is not a mindless thing. At least, if you watch martial arts, it’s clear that mindlessness leads to failure. Aggression in life is the ability to see things through to their logical conclusions. To make sure that you identify the problem, and come up with a realistic solution that doesn’t have excessive loopholes or side-effects. Aggression is first the battle to see the situation as it is, and then, to create a realistic solution. It has nothing to do with selfishness, which is in fact the opposite of aggression: instead of trying to fix the situation, you’ve given up on it and are trying to weasel away as much cash as you can.

What the ancients thought of as “aggression” wouldn’t make sense to us today because we are ruled by appearances. To us, aggression must have righteous anger and threats behind it. We do not see the calm thinker, or the general over a map, as aggressive. We see someone who is out there shouting in a strident voice, demanding things, protesting and engaging in other passive activities as aggressive. We, like our sense of language, are all screwed up.

This leads us to the alpha-beta hierarchy. Clearly there is social rank, with some animals needing to be at the top of the stack. However, in communicable social animals like humans, this ranking occurs within the framework of society. If anyone sets up this framework, it’s the people they call “sigmas” in the above hierarchy: the independent thinker who can visualize and render incarnate a complex idea, such as — when you’re a hunter-gatherer — the idea of agriculture, fixed civilization, running water, etc.

The main reason that the alpha-beta hierarchy exists in internet lore is to let certain animals preen and adorn themselves. “Look at me, I’m an alpha.” Why? “I work out five times a week! I earn a certain amount of money! I have sex with 400 women a year! I am somebody! I am important! I am a good person!”

Like most shorthands for social purposes, this misses the point. What we need is not to sit around like schoolkids grading each other by social status, but to return to aggression. Focus on getting things done in such a way that they are in balance with everything else. Not simply hack solutions that work for the deadline, but leave behind piles of toxic waste, secondary effects, socialized costs, and the like. That focus is the mark of the leader and creator of a society, not some internet ego badge.