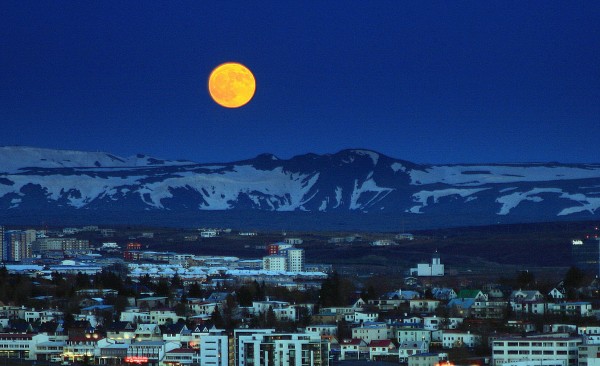 If there is an ideal for our egalitarian time, it is the city. Move there, do your duty to society by working a job, and everything else is all yours. No one cares how you spend your time or money; you’re anonymous. There are no traditions, culture, values or folkways to hold you back. Just do whatever you feel like.

And you will be guided by whim: feeling, snap judgment, prejudice and desire. You have eliminated everything else with tradition because to think on those things is to touch on what tradition made real. In fact, you have eliminate everything beyond the Right Now. You are “living in the moment.”

From this, we’re supposed to get a sense of romance. What could be more romantic that throwing it all away for a moment of emotion? Whether passion or pity, that moment is you in control. You are the only one acting. You are the only force. You are doing only what occurs to you. It’s you, you, you: “I, me, mine.”

And yet, this misses the point of romance.

Romance has historically been based in a sense of the transcendent. When Dante spotted Beatrice, he saw an enchantment outside this world through her beauty. The object was not the physical woman, but the effect of beauty. Similarly, in his Heiligenstadt Testament, Ludwig van Beethoven expressed a will to keep composing despite his failing hearing, basing his composition in the informational beauty of the notes in abstraction. Spirit was separated from flesh, so that flesh did not control spirit.

In the modern sense, flesh controls spirit. We have eliminated the transcendent, whether religious or other, in favor of the materialistic. The market rules us, the popularity of our ideas with others rules us, and we are forever paying attention to our personal whims, which are really a form of comfort rather than a goal, purpose and meaning to life. We are the opposite of the romantic. We are that which has no hope of rising above, no hope of a moment of clarity in which world and self align, and no desire to see beauty itself, only objects of beauty which it can control.

The natural modern response to this is, “Who cares? I have a good home, a nice job, and I can spend my time doing whatever I want. In fact, since most people are incompetent, I’m able to do my job in a few hours a week and the rest of the time is mine. Thanks to a steady flow of third world labor, I can afford servants. I am my status in this society; I am a Somebody. This is more important than some fanciful notion of ‘beauty.'”

Or is it? Being in the city is to be perpetually surrounded by other people. Dependent on them. Your time dictated by their behavior. And shaped by their collective whims and prejudices, which form a narrow substitute for culture. Even more, you get to see the caged animal syndrome that happens when critters like humans are cut of from their natural environment: they keep acting out their animal desires compulsively. Thus instead of lovely sex and loving sex, there is constant sex, often in the bathrooms of bars (how romantic). Where food in nature was a matter of need, now it is either gorging yourself until obesity or fetishizing food as a “foodie.” Instead of friendship, there is a kind of “personal Communism” where people form groups to buy each other drinks. All good things have been turned into mechanical, functionalist and yet unrealistic roles.

The city kills romance. For romance to exist, there must be meaning beyond the moment. That is what makes the moment intense: it is an alignment of context and focal point, and a decision that defines character. It is a glimpse of the beauty present in life and the ability to reach for it. It is the union of souls for more than the easy moments, but for the hard ones as well. It is humanity overcoming itself and its circumstances. It is us rising above and evolving to be more than we are. One might call this the essence of love, to be willing to change the self for a goal in the world.

But that’s not egalitarian. The problem with Darwin is that he scares us sightless. Natural selection means that of a thousand lemmings on a plateau, only eight hundred survive to child-rearing age. It means that not everyone can be a superstar. Our modern solution to that is to stop having superstars so that everyone can be a hero in their own minds. We have backed away from actual competition in favor of individualism. The threat of actual romance is that it is rare, and it is foreclosed to those who do not discipline themselves and reach out of their comfort zones. This makes it unpopular, not because most would fail, but because all fear they will fail.

The epitaphs of civilizations are not written by outside forces. They are created from within, when citizens stop working together. Often that arises from simple ugliness, when life is miserable despite being pitched to us by marketers as the best thing ever. Often that arises from having wealth and power but no longer having a goal to dedicate those to, at which point focus turns inward and toward “keeping order” and control where citizens have nothing in common.

But that murders romance. Love isn’t love. And thus citizens, in the name of self-interest, tear apart whatever was once there in an impulse like vandalism, an externalization of misery. It would be better for them to admit that doing well in misery is not the same as avoiding misery, and that in the pretense of protecting some of us from endless night, we have denied to all sweet delight.

The alpha-beta distinction needs to die | Thank God for Progress!