The Aesthetic Of Decline

Some signs of decline are obvious. A quick look at Salon or a trip into your city’s ghetto shove decline right in your face.

The world of art and letters is brimming with these signs of decline. The most popular white authors dole out unending horror stories, derivative murder mysteries, fantasy tales for children, and repetitive romances. The days of considering the soul with Flannery O’Connor or overcoming nature with Jack London are gone. As anyone who has spent time on a college campus knows, poetry has suffered the same fate. Words cannot quite describe the gulf between Greco-Roman classics by Homer and Ovid and free form beat poetry about genitals that has been so popular for the last fifty years.

Subtler still is the decline that has come to the “social aesthetics:” modeling, fashion, and portrait photography; and it is this field, I suspect largely unknown to many readers, that I am going to look at today. Let’s start on familiar ground: Marilyn Monroe. 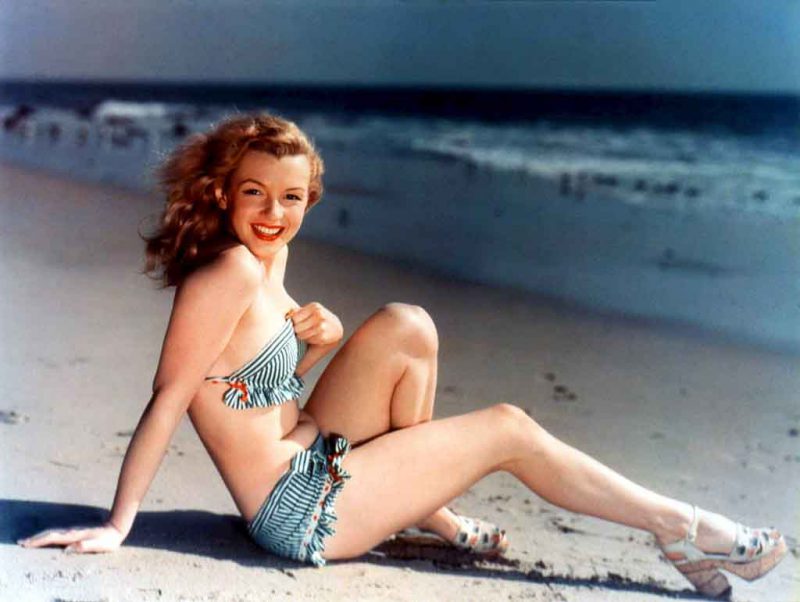 An actress, model, and pop culture icon, Miss Monroe was a veritable tidal wave of aesthetic power. Her beauty is a given; women who are not beautiful do not become pop culture icons. The thing to consider is what the beauty communicates. In the case of Miss Monroe, her beauty evoked a jubilant triumph. As a child, she had been abandoned first by her father, and then her mother and bounced around the foster care system before landing in an orphanage. In an odyssey fit for a Horatio Alger Jr. novel, she would eventually become the smiling symbol of a generation.

One thing that is present in both Miss Hepburn and Miss Monroe, however, is pride. And why shouldn’t pride and certainty come through? They both set fashion trends and could make or break the movies of their day. Pride is something evoked by beautiful women throughout the ages of Western art. You can see this in Greco-Roman statues, the oil paintings of the Renaissance, up through portrait photography in the 19th century.

The exception to the rule is candid depictions of women. Women in a state of surprise or shock at discovering they are being looked at or watched do not evoke pride. But when modeled or showcased, the West has historically made a habit of depicting women as proud, self-confident—even determined.

Superficially, this might strike you as obvious or unremarkable: “Beautiful women evoke pride because they are proud of being beautiful. How could it be any other way?” While superficially satisfactory, this line of thinking does not hold-up under examination. Islamic lands demand their women be covered, beautiful or otherwise, either entirely by a burka or partially by a hijab. 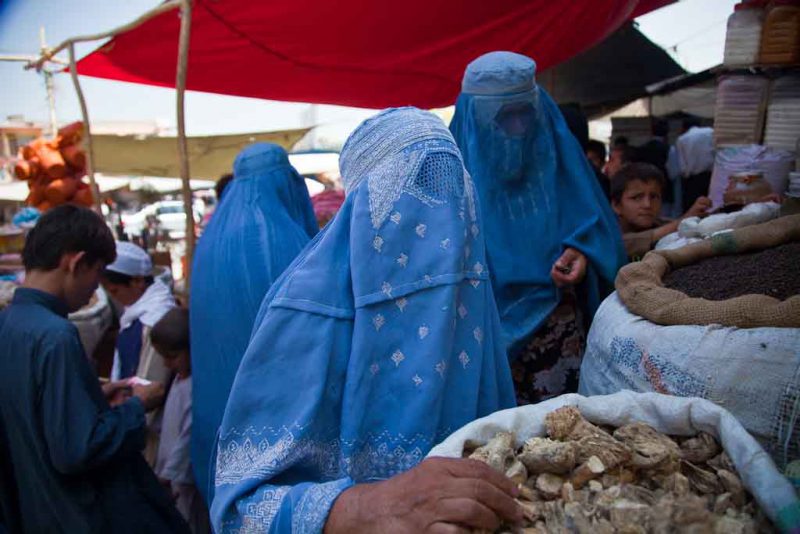 Meanwhile, many East Asian countries have such an obsession with keeping women docile and obedient, that they try and keep their greatest beauties from evoking any emotion at all, such as with the Geishas of Japan—too caked in makeup to let any emotion out. 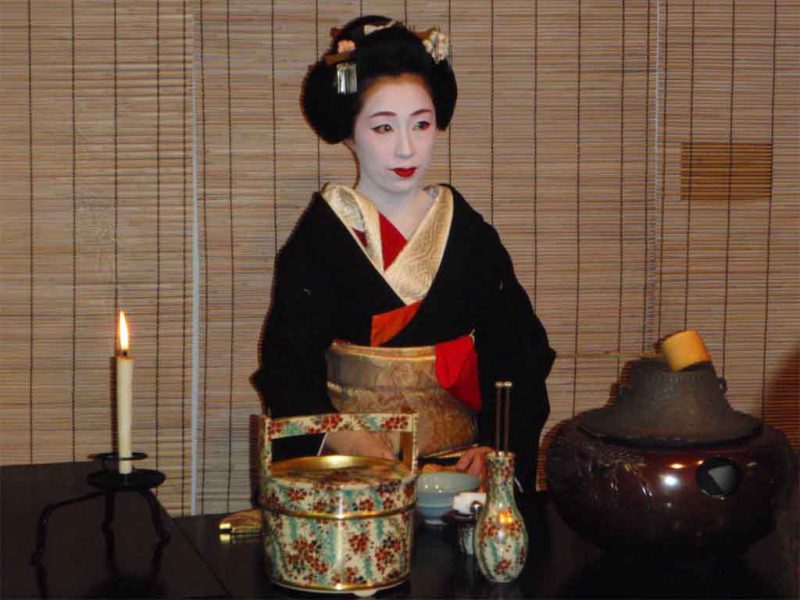 Unfortunately, the days of proud Western women seem to be in decline. What is replacing it is an aesthetic of wallflowers. The transition seems to have come in the 1990s. Whereas early in that decade, model and Baywatch star Pamela Anderson was in vogue, by the year 2000 the looks of Kate Moss had become far more popular.

Whatever else you might think of her, Miss Anderson was certainly proud. Miss Moss, and with her the modeling movement called “heroin chic,” did not. The closest thing to “proud” would be “haughty” or “dismissive”, but the emotion they tried to capture was more often than not emaciated, aloof, and distant.

Beautiful women in the United States began purposefully looking distressed and dressing poorly. And while the grittiness of the ‘90s was a high tide, the lingering effects can still be noticed.

While no longer so explicitly downtrodden, more and more models both amateur and professional are photographed to show their sadness, their disconnection. 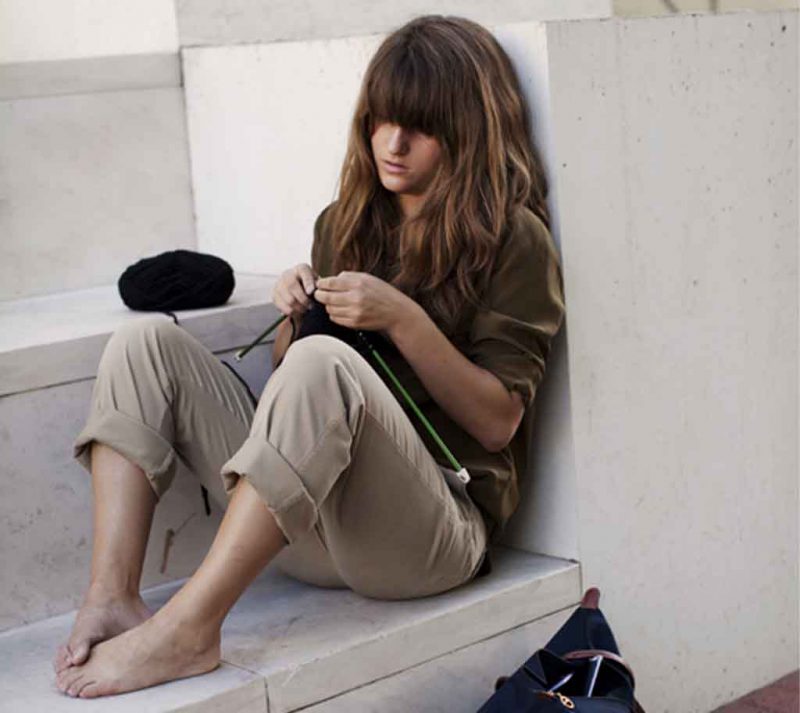 This photo comes from a popular post on the very popular fashion blog “The Sartorialist,” and serves as a subtle example: a woman with hair covering most of her face and unplugging from the world around her, despite being in a public place. 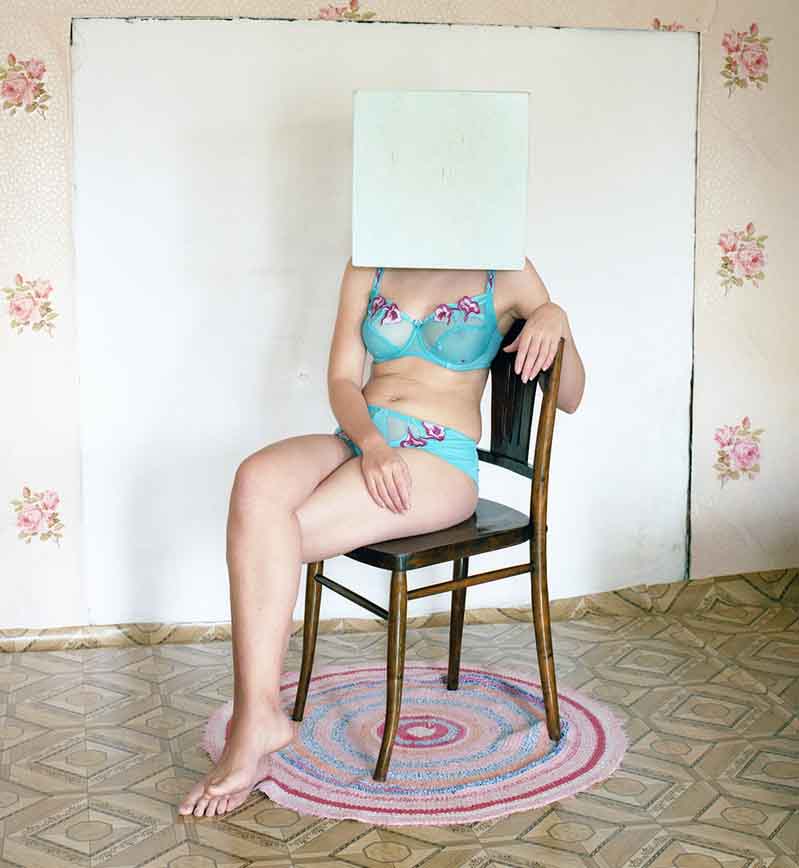 A more explicit example is Alena Zhandarova’s recent photo series, where beautiful women are purposefully hidden from the viewer, evoking discomfort and even embarrassment.

Somewhere in between these two examples is photographer Richard Kern’s (who is big in the avant-garde scene in New York) recent endeavor to photograph beautiful women either getting high, or holding up their prescription bottles. 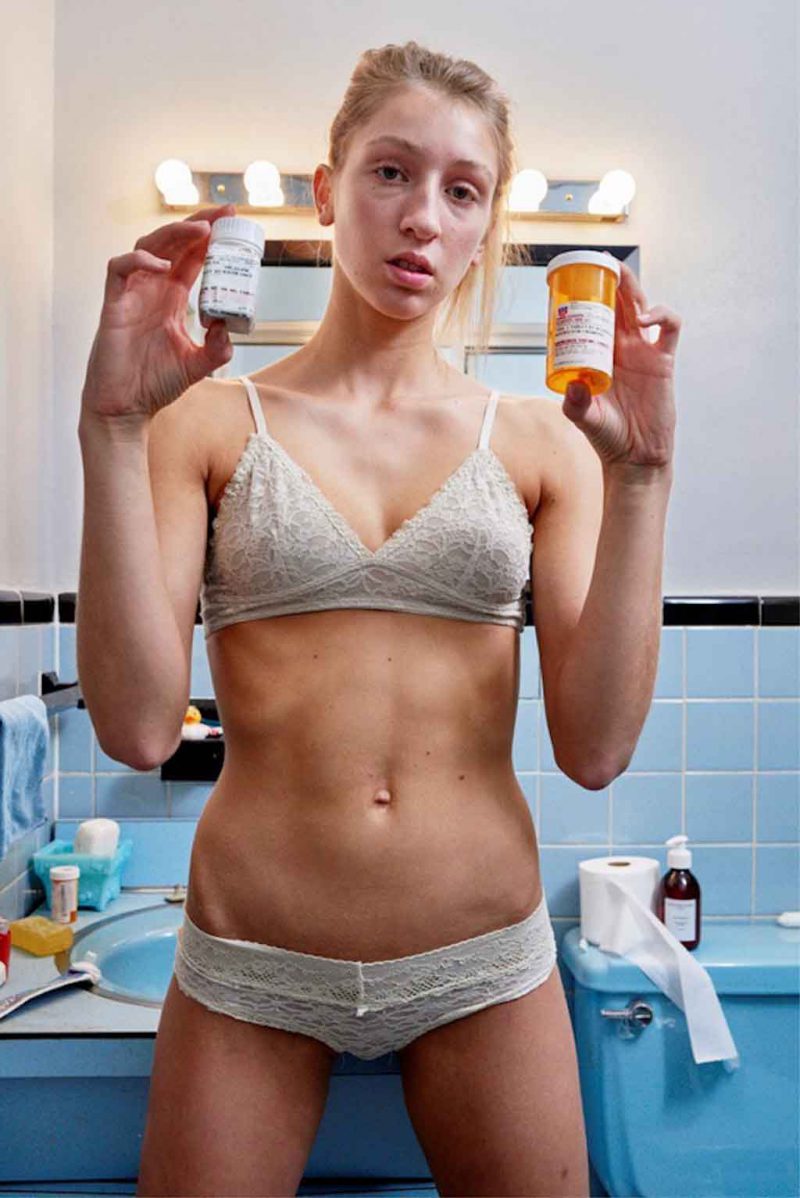 The lack of natalism in all of these photographs is readily apparent. A woman’s curves, hips and bust alike, are nature’s way of letting men know that a woman is fertile and in good health. Fetishizing rail-rod-thin women who appear stoned is about as anti-natal as modeling can get.

These different gradations of photography that could be dubbed, “Woman, alienated,” can be found all across the hip and artistic corners of the web. Sites like This Isn’t Happiness, Strawberige, Portraits of Girls, Feature Shoot, and a host of others all traffic in it. Further down the food chain are personal blogs that imitate and perpetuate this aesthetic, like Darling Skin or mglra. The next time you’re in a bookstore, flip through one of their fashion magazines like Vogue or W; you will find it there, too.

The decline in pride here described goes beyond any kind of left-right divide. It’s not connected to feminism, either. While certainly not everyone’s cup of tea, the aesthetics of the counterculture of the 1960s was at least proud, boastful, and confident. Even if in need of a shower, the hippies and feminists of the ‘60s were a far cry from the nihilistic frowns of the 1990s.

A generational divide, more than a political one, defines this new prideless aesthetic. It was the first generation to not remember the world before the mass cultural shifts of the 1960s that introduced this look. Born in the late ‘60s and early ‘70s, it was this generation raised on anti-colonialism and civil rights that only seemed capable of finding meaning and identity by vulgarizing themselves. The culture warriors of today’s political scene can criticize indecency or encourage self-expression, but neither has a meaningful grasp on the root of the issue, nor do either have the interest in pushing our civilization back into a place of self-respect.

For a society as uninterested in its own survival as our own, it is only fitting to trumpet an aesthetic that cultivates and strangely encourages alienation and discomfort. Frankly, it is the aesthetic of decline. It is an aesthetic that represents the loss of civilizational self-esteem across the West. The words that can describe the textbooks in our schools can describe these women: dejected, evasive, embarrassed, and uncaring.

To take something beautiful and try and make it less so was once considered something of a sin. Today it is in vogue.