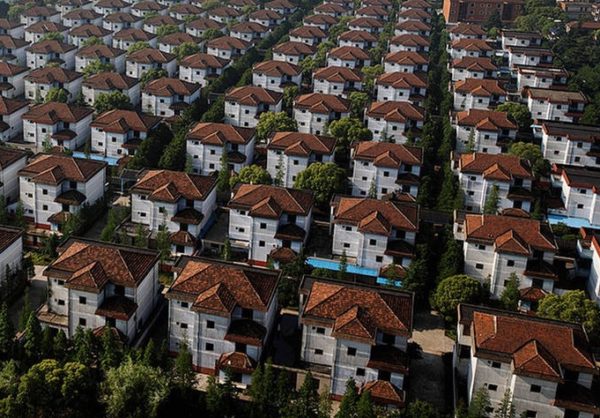 The early days of experiments in rocket design were quite exciting. The boffins would troop out to the launch pad, hit the switch and more often than not, witness a spectacular explosion instead of a graceful flight. When flight did occur, it was often unstable and resulted in a slightly more distant explosion.

Civilizations have the same problem: they are complex designs in which each part of the system influences every other part simultaneously, so linear thinking is insufficient. Their status is also far less quantifiable than telemetry (or explosions), and it often takes centuries to see the impact of even a tiny change, which can have consequences far outreaching its perceived minor status.

From a human perspective, our species has been struggling since its inception to build a society which does not self-destruct relatively quickly. Paradoxically, the smarter and more powerful a civilization is, the more likely it becomes that it will implode. They die from internal disorder which eventually overwhelms this.

Those who dream of the stars wonder why their rockets detonate. They also worry that, even if we escape to the distant skies, our problems will come with us, because they are rooted in assumptions that we carry with us. In other words, something that we assume is “good” is in fact creating a fatal condition.

Usually our solutions involve “Systems,” or the idea of one big concept applied universally to all people. This is a form of control, or use of manipulation to make citizens into means toward an end of order, but all of these Systems self-destruct anyway. More force is not the answer.

With rockets, we eventually learned that certain invisible forces acted on the ships but in different ways at different times. Effects were cumulative, and complex, meaning that small variations led to radically different results. There was no singular theory that worked in a universal sense, only many forces acting together.

Life derives its complexity from this tendency toward interaction between forces and how that in turn changes the task over time, like layers of interpretation when one reads a novel, or thinking ahead a dozen moves in chess. This requires a strategic approach.

We call these questions which pop up by the name emergent properties. This refers to their intangibility and the inability to discern them from the initial conditions of an attempt, and alludes to their tendency to appear from out of the complexity set in motion itself. As in civilization design, in rocket design these are the challenge within the task.

It is now clear that something has gone wrong in Western Civilization. Our writers and artists have warned us for centuries that living for the self in large cities and faceless jobs has a tendency to destroy people, and that destroyed people then turn on the world around them and in turn destroy it. Our people are miserable.

This shows us the emergent properties of civilization. The more we do for people, the more they become dependent on control; this in turn leaves them existentially confused. The more we educate, advance and subsidize our population the less they know what they want. The more accepting we are, the more people lose pride and purpose.

And yet these acts seemed like good ideas when they were implemented. People adore the idea of using force to create a single-act solution that crushes a problem, and yet the harder they pound on the target, the more the details conspire against them. Cleverness emerges as the actual opposite of intelligence.

From this we can see why our civilization rockets keep exploding on the launch pad. We have thought ourselves halfway to a solution, but by not integrating all of the pieces into a whole system like the operation of the organs in the body, we have succeeded in simply chopping up social order and making it more complicated without being more complex, or interrelated among its parts.

Some find it odd that writers on this blog identify as “conservative,” because to them conservatives are weaklings. The answer to this is that conservatism embraces a core principle that can be used to find the many answers to a problem and to then balance them with one another. Mainstream conservatives are like mainstream culture, junk food, television and business, an inferior substitute.

Conservatism itself, however, is a simple principle: organicism. We look toward what works and incorporate it, like making a ball of string, instead of trying to make a theory that is convenient for the human mind which can apply to everything. There is only one theory, life itself, and we can observe what works and what does not by the results achieved, and then make our choices by looking to the results we desire and choosing the corresponding action.

This approach provides a starting point to the question of how to keep civilization blowing up like an ill-fated test rocket. Instead of aiming for the best as we see it in our intentions, we aim toward what works on a practical level and discard all ideology, emotion and social feeling from the process. This is an engineering question, not a social one.

As of 2016, another one of our rockets has become a fireball. We thought (once) that liberal democracy was the “end of history.” Now we know that it was just a bubble that existed between implementing it and seeing its results. It is clear we must leave this path, and the only question that remains is what principles will guide us.