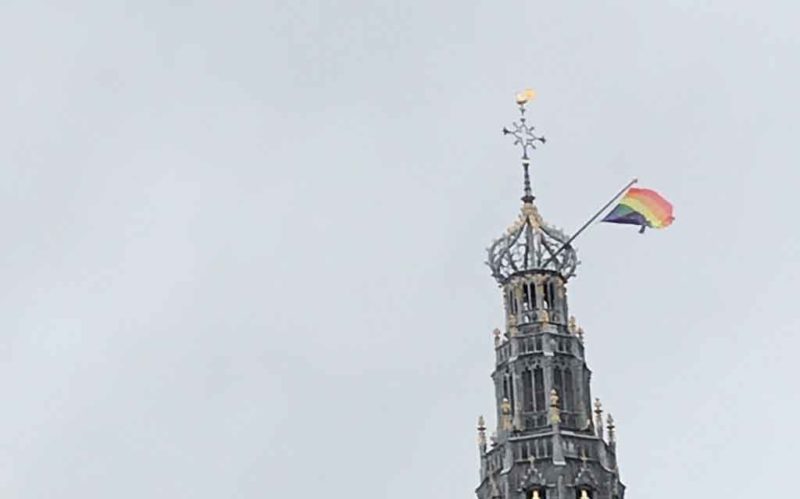 Almost everyone now knows what Moldbug tried to warn us about. Almost everyone feels like our current government has a lot of fakery going on. More than a bare majority believe at least in the concept of the Moldbuggian Cathedral (also called the “deep state” or “swamp”).

This was an unenumerated feeling that I could feel and taste around me. Nobody said it, but an awful lot of people just knew. “How many?” Fair question. Monmouth University offers us at least somewhat of a quantitative answer.

Just over half of the public is either very worried (23%) or somewhat worried (30%) about the U.S. government monitoring their activities and invading their privacy. There are no significant partisan differences â€“ 57% of independents, 51% of Republicans, and 50% of Democrats are at least somewhat worried the federal government is monitoring their activities. Another 24% of the American public are not too worried and 22% are not at all worried. Fully 8-in-10 believe that the U.S. government currently monitors or spies on the activities of American citizens, including a majority (53%) who say this activity is widespread and another 29% who say such monitoring happens but is not widespread. Just 14% say this monitoring does not happen at all. There are no substantial partisan differences in these results….Turning to the Washington political infrastructure as a whole, 6-in-10 Americans (60%) feel that unelected or appointed government officials have too much influence in determining federal policy. Just 26% say the right balance of power exists between elected and unelected officials in determining policy. Democrats (59%), Republicans (59%) and independents (62%) agree that appointed officials hold too much sway in the federal government.

Monmouth says these results are troubling. I say the opposite. When you stick the thermometer into your mouth and the temperature comes back 103, you no longer sit around wondering whether you should stay home and see a doctor instead of shlupping it into the office. The results are not troubling, the causes and effects of these results are what the problems are. Failure to quantify and intelligently examine who or what constitutes this edifice of secret power can lead to some serious intellectual low pressure systems. D.C. Council member Trayon White Sr. offers us a cogent argument in favor of repealing The Voting Rights Act below.

Man, it just started snowing out of nowhere this morning, man. Yâ€™all better pay attention to this climate control, man, this climate manipulation,â€ he says. â€œAnd D.C. keep talking about, â€˜We a resilient city.â€™ And thatâ€™s a model based off the Rothschilds controlling the climate to create natural disasters they can pay for to own the cities, man. Be careful.

Does anyone think we’ll ever discuss the JQ intelligently after that particular reading from The Protocols? If there’s really a Rothschild plot against Amerika, it involves electing lots and lots of putzoids just like Trayon D. White Sr. Putting more information in the public domain and doing more of our government’s business in an open manner would cut down on the theories that (((Banksters))) have a weather machine or that the CIA invented and marketed crack cocaine or synthetic opiates.

Other wheelers and dealers who think One Second After is not necessarily an implausible work of fantasy are taking more discrete steps to hedge against their fears. Think of The Fortitude Ranch as The DC Cathedral’s secret monestary.

One of his members from the Baltimore area, speaking on background, said that he and others joined after â€œwaking upâ€ to the potential of a national crisis from an attack, financial meltdown or political violence. â€œFor most of us, something rattled our cages and woke us up,â€ he said. Through memberships and his own cryptocurrency called â€œFortitudes,â€ Miller has raised about $400,000 and established a ranch in West Virginia and Colorado with 10 others planned. An open house at the West Virginia ranch is scheduled for April 21-23. He said that for the West Virginia ranch, â€œmost members are professional Washington area folks. They donâ€™t have time to do this own their own.â€ The cost is about $1,000 per person per year to join.

What are these DC bigshots so worried about? It makes the uninformed wonder how implausible the Evil DHS takeover from the A. American novels really is. Should we all be building fortified compounds and coding up blockchain algorithms to ensure a valid medium of exchange? The Fortitude Ranch boom may be a hot tip or a chic overreaction to the growing ennui expressed so well by Peggy Noonan’s moment of greatness column “A Separate Peace.”

I think there is an unspoken subtext in our national political culture right now. In fact I think itâ€™s a subtext to our society. I think that a lot of people are carrying around in their heads, unarticulated and even in some cases unnoticed, a sense that the wheels are coming off the trolley and the trolley off the tracks. That in some deep and fundamental way things have broken down and canâ€™t be fixed, or wonâ€™t be fixed any time soon. That our pollsters are preoccupied with â€œright trackâ€ and â€œwrong trackâ€ but missing the number of people who think the answer to â€œHow are things going in America?â€ is â€œOff the tracks and hurtling forward, toward an unknown destination.â€

That desire to build a fortress or join one, that fear of the FEMA Camps, that belief in (((The Bagel-Muncher Weather Controller))) are all symptoms. The problem is that we’ve all gradually discovered, without being well educated: that the sled has crested the ridge and the rest of the ride is downhill screaming. It’s just that unempowered sense of existential ennui that gives us all that cold shudder that runs down your spine. You know the one. That Babylon Feeling.

Would Fusion Nuke The Enviro-Nazis? | How to Dismantle the Capitalist Patriarchy and White Supremacy at the Same Time