Would Fusion Nuke The Enviro-Nazis? 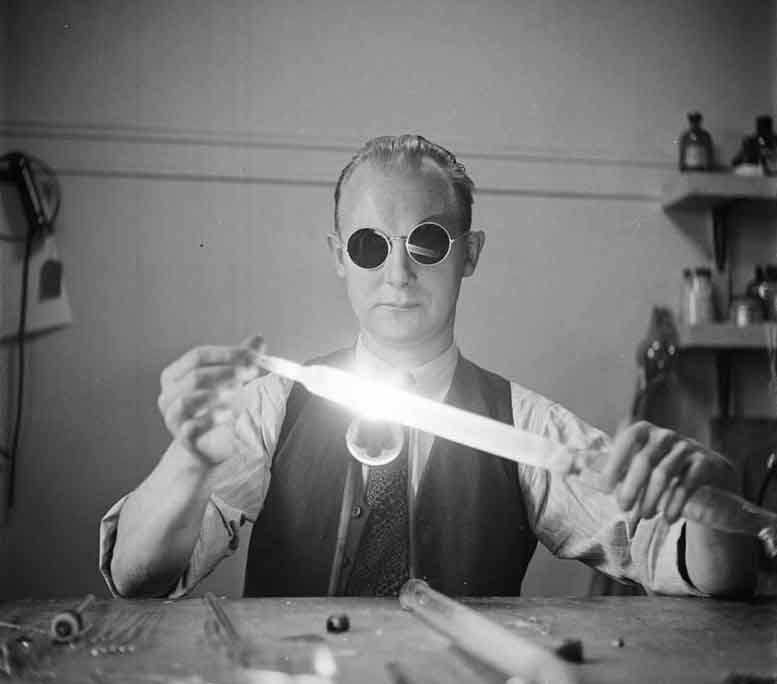 There’s a technology that could massively prevent carbon emissions. It could, yea verily, nuke Global Warming until it glowed. Yet, there’s something else it would also eviscerate: the need for the Enviro-bureaucracy.

Nothing threatens an NGO or Gubbermint functionary quite like having the problem that cashed his paycheck actually solved. Can you imagine the unemployment in the medical field if some asshole really did cure cancer? It would almost be the academic equivalent of a war crime. So here’s what threatens the Rent-Seeking ecological niche occupied by Al Gore, Paul Ehrlich, and M. King Hubert’s iniquitous poltergeist:

The Massachusetts Institute of Technology (MIT) in Cambridge will work with a private firm to develop technology for producing energy from nuclear fusion within the next 15 years. If successful, the multimillion-dollar effort could help to unlock a virtually limitless source of pollution-free energy. The approach â€” which has attracted US$50 million thus far â€” is based on high-temperature superconductors that have become commercially available in the past few years, the team announced on 8 March.

Here’s why everyone from OPEC to Greenpeace could be yea verily forked within the next fifteen years:

Fusing hydrogen atoms to form helium releases massive amounts of energy, which can be harnessed to produce carbon-free electricity. But sustaining the extreme temperatures that are required for this process in a confined space remains a daunting challenge that has defied most hopes and expectations to date.

In fairness, the fifteen year timeline could be ambitious. MIT currently has raised $80M. Experts in superconductor research opine they are going to need more cowbell if they want to hit their self-imposed three year deadline to field the required super-magnet technology. Getting fusion to occur safely is the sort of problem that mathematicians ironically understate the difficulty of by calling it a non-trivial problem.

During a fission reaction, radioactive atoms, like uranium, are ripped apart â€” producing huge amounts of energy in addition to nuclear waste. Fusion, as the name suggests, is the exact opposite of fission. Instead of ripping atoms apart, extremely plentiful atoms like hydrogen are smashed together, giving off helium and a huge amount of energy. The problem with fusion has always been heat. Fusion produces temperatures hotter than the center of the sun so solid materials melt, ruining any potential for a power plant.

The chemistry is proven, but has not been executed in a manner that is both effective and efficient. Prior set-ups required huge magnetic fields that sucked more energy than the resulting fusion reaction produced. It gives fusion power, but it would jack your power bill clean through the roof. The key to this actually working is to miniaturize the magnets and still safely contain the fused materials until the massive thermal energy spike can be converted to electricity and then bled out into the grid to sell as needed.

Unlike with fossil fuels, or nuclear fuel like uranium used in fission reactions, there will never be a shortage of hydrogen. The reaction also does not create greenhouse gases or produce hazardous radioactive waste of the sort made by conventional nuclear fission reactors. Prof Maria Zuber, MITâ€™s vice-president for research, said that the development could represent a major advance in tackling climate change. â€œAt the heart of todayâ€™s news is a big idea – a credible, viable plan to achieve net positive energy for fusion,â€ she said. â€œIf we succeed, the worldâ€™s energy systems will be transformed. Weâ€™re extremely excited about this.â€

So on that blessed date, Paul Ehrlich, Alan Robuck, Richard Turco and Michael Gerson will all get together and drink Mai-Tais because the Global Warming Dragon and The Peak Oil Hydra have both been vanquished by zero CO2 emission power sources. Ok, I’m lying through all of my teeth. These guys would collectively make like international terrorist, Ishitz Mahdrawers. Here’s what really pisses these guys off the most about the exciting possibilities of fusion power:

If nuclear fusion becomes a reality, billions of people who now live in extreme poverty (and thus don’t consume many resources) would likely gain access to affordable energy, helping people living in communities plagued by disease and famine live longer, healthier lives. From the leftist environmentalist’s perspective, this effectively means that cheap energy is dangerous. This is precisely why environmentalist Jeremy Rifkin said, “It’s the worst thing that could happen to our planet” when the possibility of nuclear fusion was discussed in 1989. Similarly, biologist Paul Ehrlich said it would be “like giving a machine gun to an idiot child.”

And, oh yeah, Sam Nunn. If we issued Pakistan, North Korea, Iran, and hell, why not Zimbabwe fusion reactors, they couldn’t generate any fisile matter to cram into a dirty bomb. WMDs would still exist, but the facilities to build and house them would be so radically different in nature from the fusion reactors that powered the local energy grid, the dual-use ambiguity that befuddled the easily befuddled Hans Blix would be rare if not non-existent. These facilities would still stockpile Plutonium,* but it would no longer be necessary or even sufficient for non-military nuclear technology.

We shall move on to other scares. The Chicken Little Left talks out of both sides of its mouth. We’ll need a guarunteed basic income program for all the poor coal miners that these same guys were accusing of killing the planet. But it is great watching technology, foresight and courageous investment utterly destroy all the problems these watermelon Marxists claim we need a larger, more oppressive government to save us from.

* — The Hydrogen in the H-Bomb is a small amount of Tritium used to trigger the explosion which compresses the Plutonium into a greater-than-critical mass.

Hobbes Versus Kant, Or How Cosmopolitanism Destroys Us | That Babylon Feeling