What is a conservative? 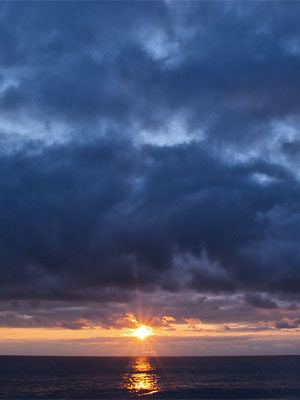 As we launch into a new year, it makes sense to orient ourselves. Even if the numbers on the page are meaningless as I believe they are, any time there’s a social shift, it makes sense to stop, look at reality around you, and figure out where you are and where you want to go.

We might ask ourselves, “Why are we conservatives?” or even more clearly, wonder what a conservative is. Those of us on the right dedicate a lot of time to being conservative, but often forget to ask ourselves what we stand for. Many of us are simply refugees from liberalism and the deranged modern world. But how do we know it’s wrong?

You will hear a number of theories of what a conservative is. On the television, they will tell you that conservatism is about rugged individualism, sound economic policy and “freedom.” If you dig deeper, you will get introduced to fiscal conservatism, with Mills and Locke, which is a utilitarian “happiness maximizing” calculus based on economic liberty.

If you approach it from an academic standpoint, you will get introduced to thinkers like Russell Kirk and H.L. Mencken. Kirk writes that conservatism is not an ideology, but a body of sentiments based on “the permanent things.” Mencken spoke of a contrast between functional man and the qualities that “make our fellows love us.”

T.S. Eliot also opined for the “permanent things.” Others, like Richard M. Weaver, saw conservatism as a “communitarian” force that preserved important habits for the protection and betterment of the community. If you go far down the line, you’ll get to Ayn Rand’s Social Darwinism, or the religious order of the Traditionalists.

Which is it? The surprising answer is that it’s all of these, as they are related to such a degree they are inextricable from one another. The notion known as conservatism is built so that each of its parts support all of the others, like a balance in four dimensions. It is prismatic, in that recurring concepts appear in different places and take on new meanings.

If we look at the ideas above, we’ll see that conservatism unites them all. The origins of the word “conservative” are in the Latin verb “conservare,” which means to keep, preserve, [and/or] maintain. This leads us to an understanding of conservatism as method.

However, that tells only part of the story. Any method without a goal becomes that goal, and conservation becomes a goal in itself in order to preserve that which works in the past. Not just what functions to a bare minimum, but that which is an optimum. This is how culture grows: we each pass on the “best practices” methods we learn for doing things.

This applies more to the right way to cook, to fight, to love and to learn than it does to simple stuff like how to fold your shirts. True, folding shirts is in there also, but it’s not the core of it. The essence of what is conserved are the things that make life better, so much so that their loss would be a tragedy.

In this sense, conservatism reflects the scientific method. History is a laboratory, and experience is research. We keep what works, throw out the rest, and then refine those working methods. Over time, we develop working methods that impress us with their near-transcendent ability to make life better. We preserve and nurture those with tradition.

The notion of conservatism being about end results, and not our feelings or social perceptions on the path to those results, is called consequentialism. However, another view of conservatism emphasizes not the end result, but the thought process that selecting end results forces upon us.

In order to compare results of past actions to find which actions we’d like to repeat in order to get those desired results, we need to know what our overall goal is. This in turn requires we know values not just for ourselves, but for civilization at large. This brings us to “the good, the beautiful and the true,” a triad expressed long ago by Plato.

From this point of view, it’s too simple to say that conservatism is about end results or preserving the past. The goal instead is to achieve the maximum quality of experience, so that life is at its most intense, so that in turn we experience it as something positive and do not treat it as a life sentence to endure.

Interestingly, this interlocks with the “sentiment” described by many of the thinkers above. It is not difficult to calculate output and to think in square, discrete, isolated and “rational” terms. Conservatism is a rebellion against this rationality. We do not want to remove factors from life and think only in terms of commerce, production and what “ought” to be. We want to view life as an experience with the possibility of transcendent joy.

This is the opposite of the utilitarian calculus used by most modern liberal states. For them, what is important is maximizing the happiness of as many people as possible. Conservatism recognizes that happiness is not sold by the pound. It is qualitatively different between people, and not all can perceive it with equal acuity.

In turn this leads us back to Plato. Through his study of cause and effect, Plato illustrated that nothing in life has a cause in itself, but is part of a larger pattern. Thus what we see as the material world is a manifestation of something greater which often resembles thought, and which seems to enjoy optimums more than utilitarian.

From this perspective, the point of conservatism is to understand the informational order of the universe. In this view, the cosmos has patterns of its own organization, and by choosing which one we want, we can improve not only quantity but quality of life. We can reach a state of mind close to the universe itself, whether we call it a god or nature.

This perspective on conservatism unites all the others. We measure consequences to find the best; our goal is transcendent beauty, truth and goodness because that is how we assess “best”; our sentiment and aesthetics guides us more than our Excel spreadsheets; and finally, we implement this with “positive” methods that reward the good, and punish the bad.

Many thinkers are starting to refer to this viewpoint as “organic.” It requires no ideology, and no government, but comes about naturally from the experience of life, in facing adversity and conquering it, and discovering meaning in seeing ourselves struggle and realizing that we want more than just subsistence. We want beauty and adventure, glory and pride, kindness and truth, and finding the “good” — the best quality — in all things, so that life is holy to us. The order that determines what is good is not in us, but in the informational order of the cosmos itself.

Ordinary citizens see only these methods and often have no idea of the reasons why they exist. Like children, we should always want to know the reasons why. This gives us a firm understanding of our belief, so we can explain it and pass it along so that future generations may enjoy the highest quality of life experience. We do this because we love life, and want to increase the beauty forevermore.

A Potemkin village of individual delusions | Tell me no lies