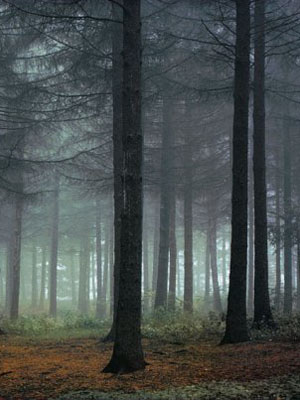 In 1925, America was riveted by the Scopes trial, in which the teaching of evolution was debated. It was previously held that only creation should be taught. This “monkey trial” divided America.

With the support of industry and government, “science” won out over “religion” (these two terms are in scare quotes because the sides in this trial were interpretations of both not shared by all).

It’s not surprising that the conflict persists to this day. Easy victories are like salves: they cover the appearance of the symptom, but not its underlying cause. The nation is still divided on this issue.

A third way appeared, and fragmented into two parts. “Intelligent design,” or the supposition that God as a brilliant watchmaker has created the cosmos such that his brilliant Design emerges through many mechanisms possibly including natural selection, and “Teach the Controversy,” which says that we should teach evolution but add in a short statement about how many people believe in creation instead.

Neither of these seem to satisfy the sides in this debate, which seem to care less about truth and more about winning. The science side think the religion people are ignorant, stupid and backward and have no problems volubly expressing that. The religious people are leery of “scientism,” in which knowledge of details presumes to speak for the whole.

The idea of teach the controversy could be applied to more than natural selection. Part of the reason this debate is so fervent is that the “science” faction wants to win before diversity brings about even more religions in America. Then they’re no longer fighting the elderly white Christians, but several dozen religions who do not yet have the power to challenge them.

This calls to mind pluralism itself. Our modern society is founded on the idea that the individual is most important, and thus that we will always have a plurality of different views with no consensus as to what we all should believe.

That viewpoint is heavily entrenched. On the left and right it is accepted; in the trailer park and urban loft, it is prized. It is a type of sacred notion for modern people, which is that each person can be whatever they want to be, independent of either reality or the need for unity.

Pluralism naturally leads to utilitarianism. When there is no standard of values, there instead arises a standard of acceptable results. Utilitarianism is the idea that whatever most people accept us being “good” is thus designated as “good,” even if it conflicts with reality or knowledge.

You can see this principle at work in fast-food restaurants. What food might be good for us is forgotten; what people want is cheap sugar candy-food that seems cheap and is easily accessible. At least, it’s more popular than more complex offerings. Thus it surges ahead in popularity.

This means that a religion which worships sausages is equal to an ancient religion with a vast history of wisdom, or even to science. This means science is optional.

“Now wait,” the modern says, sweating as the trap closes in. “Science is above all this. Science isn’t a belief. It’s objective. You can prove it.”

What he means to say is that science is material, and it deals with tangible things, thus any proposition made about material things can be tested. There’s only one problem: science says nothing about the organization of material things, such as how to best run a civilization or how one should live as an individual.

For this reason, people see science as insufficient, and they are correct. They thus find a belief system that addresses what they really need, and fit science in…where they can. The instability caused by pluralism is what causes science to become just another equal viewpoint, which means that it is de facto optional.

Our modern sense of equality and materialism makes us masters of details, and oblivious to the large picture. We see trees, but no forest. As a result, we are caught unawares by the failure of pluralism, because “in theory” it was a great idea.

Maybe we’re not descended from monkeys after all. Maybe we are still monkeys, fooling ourselves by thinking that our material abilities make us wiser than we are.

Self-deception | The Decline of the Western City