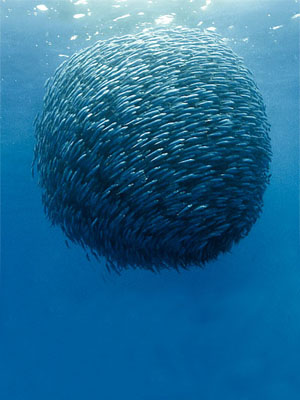 Many people adopt this comfortable and popular idea: there is no difference between left and right, really. All this theory stuff is airy nonsense they use to compel you to act against your own interests.

These people forget that there’s a simple chain, as old as language itself. A person observes something; she calls it a name. That name spreads because other people don’t like something about it. As a result, they design a counter-strategy and then that, too, gets a term.

In this way, a binary order is imposed on the world. Yes to the second term, no to the first. Or in practical example: yes to the spear, no to the sabre-toothed tiger.

It’s also very popular to bemoan how language misleads us. The educated hippie stands in front of us and says, “Well you see, we’ve just crammed the whole of all possibilities into this yes/no numeric assessment, so we’re missing all the stuff in-between.” Sometimes that applies, but not here. Here, the question is Do you want to survive? (Yes/No)

Those who want to survive are going to say yes to the spear, and thus no to the sabre-tooth, because the two are in a mechanical everyday sense, opposites. A spear is a solution to the problem of sabre-toothed tigers.

If you’re a Marxist college student, tenured professor, or even immensely ideologically popular president like Kennedy, Clinton and Obama, you can get away with rejecting this “false dichotomy.” That’s because you will never inherit the consequences of your choices. Generally they are made for you by others.

When you feel like you do not have to worry about the consequences of your actions, you can focus alone on methods without bothering to tie them to reality.

If you have a goal, you have a method to match, based on what you know of the world around you. But without a goal, you can pick any old method that seems pleasant to you or, even better, seems pleasant and sociable to others. That way, you can be like President Clinton and come up with magical plans that “everyone” enjoys.

Of course, your plans don’t work, because they are made in that abstract and arbitrary space of theory once it has become disconnected from reality. Your audience is no longer nature, as it would be in a science lab or architecture clinic, but other humans. What they decide that they like, wins.

We write a lot about conspiracy theories on this blog, and how they’re phenomenally useless. The reason is that people look for a method, or something external to their decision-making process, to blame for their problems.

For example, it’s also popular to say that the masses are brainwashed by their televisions, misled by their leaders, deceived by their institutions and manipulated by corporations. It’s all lies. The fact is that the masses brainwash themselves through their own desire for pleasant illusions instead of complex realities.

Which sounds better: (a) the problem is that people prefer cars with giant engines, so we’re all drowning in smog, and you have to either educate (ain’t gonna work) or coerce them into giving up these big engines; or (b) large corporations have brainwashed people into buying giant cars, smash the large corporations and we’ll be free!

We all know which one “sounds” better.

People want easily-chewed truths, so they pay the person who lies, and thus they brainwash themselves and as a bonus they get to blame it on others. They want two candidates in an election who both lie. That way, whichever one they pick, they “did the right thing” and “got screwed by the system.”

This gives them zero accountability, and also a victim complex. In a society of equals, the only people who get attention are those who are unequal. These are those who have less than others. If you find a reason to pity yourself, suddenly you are “owed” equality by the rest. They will accommodate you. It pays to be a victim.

The essence of conservatism is that conservatives believe that ends come before methods. Your method is selected by your goal, and the reality around you, not whether it sounds good to your buddies.

Liberals on the other hand are pure moralists. They believe that methods are more important than ends. In other words, it doesn’t matter if your method works achieves your goal or fails in reality. What matters is that it makes other people feel equally accepted.

A realistic worldview will be compatible with the conservatives more than the liberals. Even watered-down, nancypants corporate stooge television “conservatives” have more of this than their liberal counterparts. They may not have enough, but the only way they’ll get enough is having people like you urge them to do so en masse.

The essence of conservatism is knowing that consequences matter. People brainwash themselves to escape this truth, and thus force themselves into a position of having to justify their actions, which they then do through broad moral imperatives with no end-point, like “equality” and “civil rights,” or even “stopping global warming.”

They have no intention of achieving these things. They have found an excuse however that makes all their behavior seem acceptable and perhaps even altruistic. They have gone from selfish reality-deniers to heroes, at least in the eyes of others.

Self-deception is a human hallmark. Like other forms of entropy, it is always there, and not invented by some external force, but issuing from within our societies. Unless we explicitly endorse a contrary philosophy, we end up enmeshed in self-deception and, not surprisingly, our civilization collapses.