The Decline of the Western City 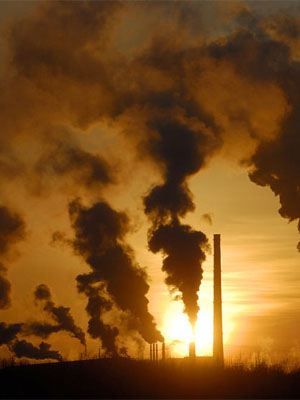 The city. Like many people you probably live in one. You walk around in your lunch break marveling at the wonders of modern manâ€™s creation â€“- the dull grey walls covered in graffiti you donâ€™t understand, the broken bottles, discarded needles, masticated chewing gum and snubbed out cigarettes that cover the pavement and alleyways which reek of urine.

You spend a good hour each day stuck in transport and constantly worry about the covetous glances and possibly violent intentions of the other inhabitants of the city. Is this the way our civilization will end? Not from war, but with a pitiful whimper as we retreat in an artificial paradise, a dystopia of filth?

Not content to befoul our own habitat, people then go further and seize the land around them to expand this ever growing cesspit by destroying forests, seizing farmland and driving out any other species that dwells there.

But it does not help, because the decay from the center, the corrupted heart of the city still spouts its filth, slowly filtering through the network of arterial streets, pumping its poison to those who live in the periphery.

Everything needs to grow and to expand, but it is the model and methodology which we employ that is wrong here. In most countries there are over-crowded cities which have millions of inhabitants all compressed into a tiny geographic region -â€“ and a few miles away, small country towns with lots of land, deserted buildings and an extraordinary low population.

Thus we end up with a ludicrously unbalanced land to population ratio, with over half the population crammed into sprawling mega-cities, while large amounts of land are completely wasted. Not only is this wasteful, but the over-crowding and the poverty within the city cause the crime rate to skyrocket.

And for the poor, what is there to do in a world where no entertainment is free? The only thing they afford to do is drink or drug themselves into a stupor to make the pain go away, and they leave their broken bottles and discarded needles behind as a reminder to all who pass by, a monument built of shattered hopes in the center of a dying civilization.

If we could encourage people back to rural areas, not only would these smaller country towns flourish again, the city would also improve. With fewer inhabitants, there would be less crime (poverty and over-crowding add to the problem), no traffic jams, no need for ugly high rise buildings to block the sun, and an overall improvement in the quality of living.

And yet something permits us from moving, from making this sacrifice that would in the long term benefit both ourselves and the whole of society. Itâ€™s called selfishness.

We are not willing to alter our lifestyles, to forgo the entertainment on offer in the cities nor the higher pay packet. And so we continue working on the same dying, decrepit and filthy cities rather than building new ones to make constructive use of space. As usual, rather than creating anything new, man works on the same old model until it fills up with decay, and eventually collapses from the interior.

I live in the country; there is absolutely zero crime and everyone is of the same ethnic group. Not even a broken beer bottle, piece of litter or spot of graffiti. Everyone is polite, friendly, and above all happy. Can those of you who live in the city say the same?