Taxation without representation is theft 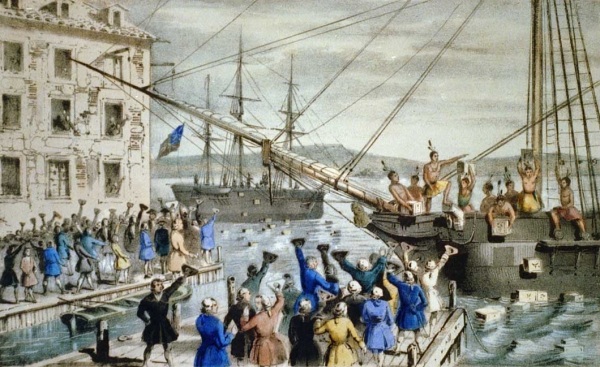 The American Revolution resists study because it is both a Revolution in politics and a war for independence as a colony, and because the motivations behind remain shrouded in mystery.

For many of us the question was always why taxation was such a big deal. If our Revolution had been about money, it would seem much less legitimate than an ideological revolution for freedom, justice, and equality. But these two issues are linked.

Since the formation of human civilization, the enduring problem facing societies has been the separation between participants and attendees. Participants are those who apply themselves toward improvement of the condition of themselves and society; attendees are those who show up expecting to be told what to do, and on that basis, demand more wealth and comfort than they could make for themselves.

The problem with society is that it perceives all people as being part of the same group, and thus starts to grant them equal privileges regardless of whether they are participants or attendees. This is the beginning of the end for any society, as whatever you encourage or allow to exist in this generation, you get more of in the next. Thus society begins replacing participants with attendees, and soon runs out of the ability to manage itself.

A short venture to the third world will show us exactly why this is a problem. In third world societies, there are no roads, closed sewers, industry and little social order. All of those things require participation. However, there are many people who are eking out an existence with minimal effort, and these tend to target participants for making the attendees look bad. If someone invents a closed sewer, by inverse causality everyone else looks like a dummy who could not make such a thing. The face-saving response is to burn the inventor as a witch, and declare the invention haram.

Spengler observed, as have others, that almost all third world civilizations represent shadows from an ancient empire. Once, a society of participants stood here; then, something happened, and now it is only attendees. This is particularly visible in the Yucatan peninsula where we see peasants living hand-to-mouth in grass huts erected in the shadows of the massive architecture produced by the advanced math of a lost kingdom.

One facet of this condition is taxation, which can be used either for social good or for theft. In the former, taxes are taken from the citizens equally (or at least at an equal rate) and used to build things that everyone enjoys the use of: roads, libraries, museums, symphonies, sewers, a military, electricity. In the latter, taxes are taken from one group and given to another group for their benefit.

Since the former group are more frequently participants, and the latter group almost uniformly attendees, this effects a wealth transfer from the productive to the unproductive, guaranteeing that future generations will have a greater percentage of attendees. This will inevitably produce conditions equal to those found in the third world of individualist attendees refusing to participate in creating the basics of society, all within view of the crumbling ruins of an obviously greater empire that came to an end.

Our revolution was fought against one form of this wealth transfer which occurred when our English colonial masters taxed us and shipped the wealth home to England, perpetually limiting the amount of participant wealth that could be used to improve conditions here. A popular slogan at the time was “no taxation without representation,” which tends to have this meaning:

A situation in which a government imposes taxes on a particular group of its citizens, despite the citizens not consenting or having an actual representative deliver their views when the taxation decision was made.

Only two centuries later, we face a similar situation. In this case, wealth is transferred from the one-fifth of the population who does best and this pays for the other 60% of society to receive benefits given directly to them. This is not going to roads and libraries, but ten to fifteen thousand dollars a year of direct subsidy.

How is this without representation? It is enforced through the power of numbers. The attendees — who would not have had the vote under the original Constitutional rule — outnumber the participants three to one. And so, every time the question of continuing the attendee subsidy comes up for decision, the numbers have it and the payments continue.

The secondary American Revolution will be fought over a simple proposition: I owe you nothing. If I have to go to work, and figure out how to find a career and maintain it, then you have to do the same. If you cannot find employment, time to start being a day laborer, or working some fields, or selling firewood or something other than putting your hand out. Further, the society of the participants owes nothing to attendees who want “rights” like gay marriage and open borders that offend and threaten the participants. We have your number, attendees: your goal is to replace us so you can always outvote us and take from us. But that will ultimately lead to your doom as well as society slips into a third world style dysfunction.

Currently we have taxation without representation and dozens of other subsidies by the participants for the attendees: gay marriage, affirmative action, anti-discrimination, unions, corporate bailouts, government jobs, make-work job categories that are regulatory creations, endless government fees, and many more. These all serve the same purpose, which is to take from the productive to subsidize the unproductive, which guarantees government an audience of enthusiastic voters.

However, the Revolution has already begun and the participants are finally getting wise to this scam. The only question remains whether the attendees will realize their free lunch hour is up and go quietly, or whether we will require more gunfire and bloodshed in order to transition from this parasitic order to a productive one.