Take A Knee For The Utter Failure Of The NFL 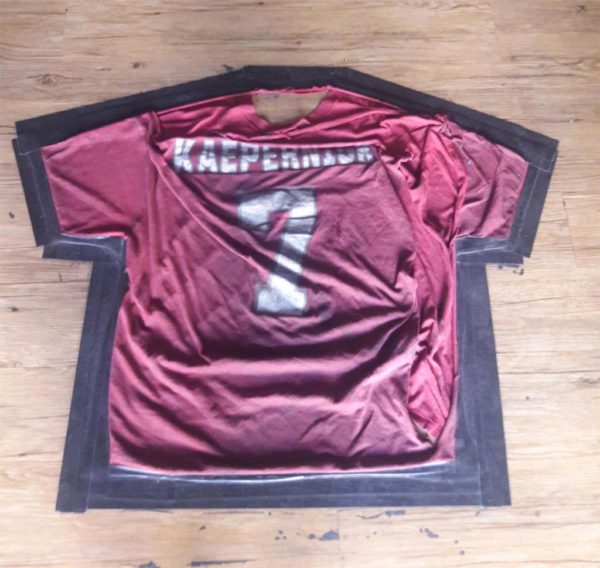 We all know how modernity operates: you go to work, and then you return home to any of a number of hobbies you can adopt, then check on your possessions including family before going to bed, then repeat. Do this until you turn 65, and they will give you a pittance while severing the only relevance you have known for four decades, at which point you might suicide and save them money.

Sounds bleak, but this is life for most people. Add to this that their work is generally make-work, that their friends are generally ersatz, and that their families are nearly strangers who they see rarely, and you can see how most people are desperate for escape. Many find that in television sports, including the National Football League (NFL) which is currently in freefall after its players began launching political protests against people of Caucasian heritage, a group that also makes up its biggest audience.

Many have commented on the total failure of the NFL to represent its audience, but looking from the perspective of the owners, this is a lose/lose situation. If they discourage the protests, they are racists; if they encourage them, they join those who are perceived as being against the majority, and lose audience just as they are losing now. Ideology trumps reality in this case, as in most others, and so they allow the protests, knowing that each day this goes on, they lose more people.

In the long term, however, this loss is a benefit for Western Civilization. Living through a symbolic and surrogate activity like professional sports encourages people to become couch potatoes convinced of their own impotence and irrelevance. Even more, sports act like a prophylactic that absorbs the natural masculine desire for conflict and competition, channeling it into a sport which distracts people from the actual tasks of struggling for civilization. Television sports weaken our men.

The real story is that NFL has been a waste of time for all these years. Many of the players are criminal in their behavior, leading to a comedy of legal efforts to keep the teams together, much like college football is ridden with corruption. Football is a big fundraiser because it is an innocuous activity, which benefits the former time, but not the future. In the future, the sociable neutrality which defined the democratic order will fade away, replaced by competition for the most realistic and creative solutions.

We get the racial antagonism of black NFL players who are paid a thousand times the average white salary to throw a ball around; they feel a need to be relevant, and the more pampered they are, the more guilt they feel for not having the typical African-American experience. Their real agenda is to become more powerful, to subjugate the audience through guilt, and thus really run pro football like a gang. This makes sense: it is a desire for power, and is unrelated to the actual issue, which is that football is a symbolic representation of life that like “bread and circuses” simply induces us to space out and forget about reality.

In the long shot, NFL football is obsolete just like television itself, or even our media. Those were designed for an age where compromise was more important than truth and people needed surrogate activities to give them the excitement that their make-work jobs and pretend social lives would not. As we look toward a more realistic future, the NFL stands revealed as a failure that belongs in the past, not a behavior of the future. The “take a knee” drama just underscores what has been obvious for several decades at least.