Swamp Creatures Urinate On The Grave Of Mollie Tibbets 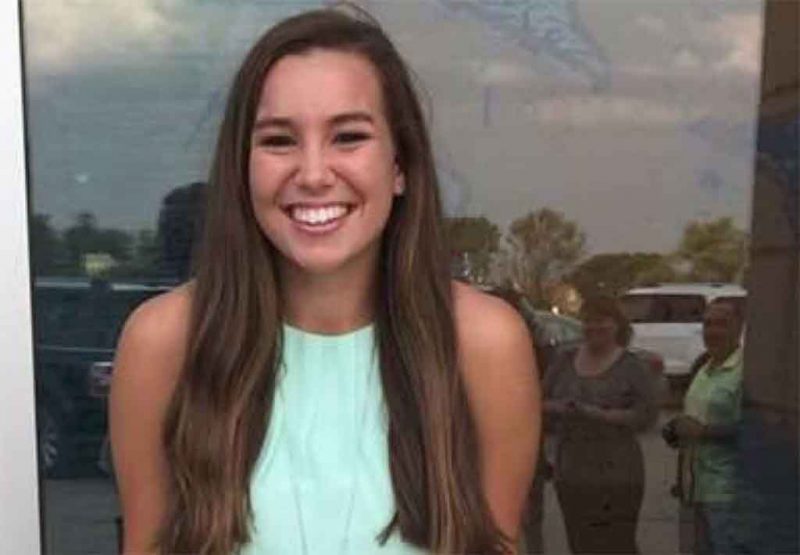 A body believed to be that of Mollie Tibbetts, a 20-year-old student at the University of Iowa who vanished a month ago after going for a jog, was found on Tuesday morning..

We should never have to read about some family’s young adult daughter getting killed and tossed into a field somewhere. The logical thing to do here is to view this with a certain empathy and sadness. But that’s not what has happened as more facts have emerged.

… and a 24-year-old undocumented immigrant was charged with first-degree murder.

Not only was this guy undocumented, but he had been here for seven years. Somehow the whole assimilation thing just wasn’t happening.

An illegal alien who has been living in the United States for four to seven years has been charged with first-degree murder in the death of 20-year-old college student Mollie Tibbetts after she went missing in her small town of Brooklyn, Iowa.

At this point, those who favor open borders and immigration were given yet another reason to want to downplay the death of Mollie Tibbets. They were reminded rather pointedly that this sort of thing had no reason to happen in Modern Amerika. Ever. Senator Tom Cotton asked the question that immediately needed to be asked.

“Prayers for Tibbetts family & all who knew & loved Mollie,” Cotton wrote online. “Lots of questions—where did this illegal alien work? what was his work status—but one thing is sure: Mollie would be alive if our government had taken immigration enforcement seriously years ago.”

Then, not only was globalism denounced for its role in the crime, but so was feminism. The Thinking Housewife asked a question that not a lot “liberated” women would like to hear asked either.

Iowans should also be angry that young women like Mollie Tibbetts are encouraged to be reckless. Feminism is also to blame for her death. A society that says female modesty and restraint are oppressive does not protect young women from potential predators. No amount of feminist social engineering can change the facts of nature. A woman who jogs in skimpy clothes on country roads — or even in the city — is a serious temptation to a small criminal element.

So what is a good narrative parrot to do? “Bwak! Feminism. Bwak! Globalism. Bwak! Diversity. Bwak! Amerika bad too.” Sally Kohn was quite effusive with her advice as to how Fox News could be more interesting in her eternally humble opinion.

On Fox News website, as of 9:02pm tonight: Manafort CONVICTION is #2 story. Cohen PLEA is #3 story. #1 story is about undocumented immigrant who is *SUSPECT* for murder of a white girl. Way to stay predictable, Fox.

Funky horror clown Stephen King regrettably listened to the peyote instead of the Prozac. His lamentable take on the murder was worthy of Randall Flagg.

Mollie Tibbetts may well have been killed by an undocumented alien, and that’s a terrible thing. But we might remember that Stephen Craig Paddock was an American citizen. He killed 58.

We might also mention that Paddock was a Leftist and Mollie Tibbets was not white. Alas, that is beyond the ken of our media, mainly because it is beyond the biological capacity for understanding of our voters as well.

Senator Lieawatha Indian Gave her sympathy for the Tibbetts Family.

“I’m so sorry for the family here and I know this is hard not only for the family but for the people in her community, the people throughout Iowa. But one of the things we have to remember is we need an immigration system that is effective, that focuses on where real problems are. Last month, I went down to the border and I saw where children had been taken away from their mothers. I met with those mothers who had been lied to, who didn’t know where their children were, who hadn’t had a chance to talk to their children. And there was no plan for how they would be reunified with their children. I think we need immigration laws that focus on people who pose a real threat and I don’t think mamas and babies are the place we should be spending our resources. Separating a mama from a baby does not make this country safer.”

Too bad Mollie got seperated from her mommy with a fricking crowbar, Lieawatha. Let’s reunite these poor Mexican families. In Tamaulipas, that is. If Ike could do it, why not The Donald?

People don’t understand why we can’t just focus on the important stuff. Trump’s scumbag lawyer acting like a scumbag won’t kill anyone who doesn’t show bad enough judgement to hire him. A guy getting the book thrown at him for defrauding the financial system is news, but only because those who defraud the fraudulent financial system rarely wind up like a shortstop having to field a line-driven edition of Encyclopedia Britannica.

This, of course, will never work. Six months after the competent people leave, all the innovations will be broken toys. Gack all the innovations, and the swag doesn’t buy you anything cool. Amazing the different level of agricultural productivity between Rhodesia and Zimbabwe. Just having Mollie Tibbets dead isn’t good enough. We have to assassinate her memory before anyone gets pissy and asks a few more of the wrong questions in an increasingly angry and disgruntled crowd.

So tell us what’s really important, Meghan McCardle. Or better yet, run for your sorry, overrated life the second most people figure out what that is.

Periscope (August 22, 2018) | Genetic Destruction Of The House Of Windsor