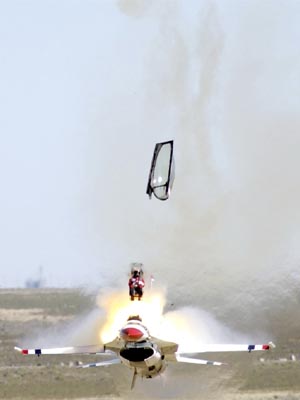 But if he responds with: â€œYouâ€™re a LEFTIST!â€ All hell breaks loose.
Fair enough. The term leftist is not complimentary, after all. So he tries, in the spirit of live-and-let-live, to be less unkind: â€œYouâ€™re a LIBERAL!â€ But the result is the same.

I get accused of over-using the terms Liberal and Leftist, but when they are so omnipresent, what is a man to do? They make no attempt to conceal the fact that they are my enemies, and so I learn to identify my enemy. I bear them no ill will, but the same can not be said of them. They demand not to be labeled, yet they do nothing but label others. The list of these labels is long, and acutely damaging, not to mention unfair. But they are not bothered by this. Yet, should one identify them as what they actually are, look out!

These people inhabit a different reality to me. This is what justifies their abusive behavior. Such abuse is undetectable to them. They indulge in it so often that it has become quite normal, and as such, beyond question. They do it merely because that is what they do.
They inhabit a world in which honesty does not exist, and should it unexpectedly manifest itself, then it must be attacked and destroyed, since it is an aberration in their reality. Nothing, in this place they call home, is known as what it is. It is known always by what it is not.
Conversely: an honest man is singled out as being the opposite of what he actually is. And all his other attributes, too.

Perhaps in the world of leftism, madness is the norm. It would appear so. In fact, it is a place so dangerous, that an un-mad man needs tread very carefully, like a soldier in an enemy camp, for should he be noticed, he will surely be made very uncomfortable, indeed.

He will be interrogated. This process is not quite torture – not yet – but close to it.
He will do what he does, and answer honestly. But it will not help him, because whatever he says will not be accepted by his interrogators. Although he answers, his interrogators will continue to demand answers. Anything he does say will be turned against him and used to injure and condemn him. There is no way out of this…

He has no wish to destroy those who wish to destroy him. He tells them this. They refuse to believe him. They demand an intellectual debate with him, because they believe they will win. But he does not use his intellect, because what would be the point? A sane man can never explain sanity to the insane. Because in this reality, this world in which he finds himself, sane is seen as insane, and insane as sane. Which, at some point, makes him wonder…

What is â€˜saneâ€™ anyway? Some arbitrary way of seeing things? What has it to recommend it over â€˜insaneâ€™?
He suffers a moment of self-doubt, as his grip on reality wavers, under the assault. Introspection, consideration, analysis and comparison. But only for a moment. Because he knows himself, and all his ways, completely and easily. His sense of rightness over wrongness is the result of years of cultivation, based upon honesty. Tempered with a world-view that sees goodness as superior to badness. Anchored by a baseline that sees himself as part of everything, as opposed to the isolation of individual ego.
He can be nothing else but sane, because he is immune to the rantings of the insane, and knows them for what they are. The name he uses to identify them is â€˜leftistsâ€™. Because any group of identical anythings must be called something. Identical individuals. United in chaos. Enemies of sanity. The legions of the lost.

But he knows their condition is no fault of theirs. It is a condition. The affected do not know they are affected. After all, there are so many like them. Identical individuals. And so they must be â€˜normalâ€™. And anything not-normal, must be hounded, persecuted, driven out, or destroyed.

Thus he offers no argument. Offers no resistance. They offer a battle he can not win. He could take them all on, valiantly, and go out fighting, and he may do this, someday. But not yet.

For he exists in a different reality to they. One that is benign. One that rewards him for existing in it. With beauty, serenity, peace and balance. This reality he inhabits is not easily won, or easily maintained. Not at first. But with skill, and application, this reality becomes all that exists.
He is not as they. With their endless conflict, endless accusations, endless hate.
He is immune to all of it, because he is not of their world at all.
Even though he inhabits the same physical realm, he is as the spirits of the trees, and birds.
Unconcerned, without fear, at one, and free.

The West seems to be doomed, and it bothers us.
But will you be doomed along with it?
Possibly there is no need for that.
A civilization is the sum of its parts, and it is the parts, that have deteriorated to the point where the civilization itself starts to crumble. There may be no saving it, and perhaps there needs not be any saving it. For every civilization falls. Every one of them. This seems normal. Inevitable.
Your own survival depends upon being able to deal successfully with whatever reality you inhabit. And, whether you know it, or not, you are free to choose this.
You are free to choose the extinction of relying totally upon intellect and reason – look at what this has resulted in – or to make these things subordinate to the greater scheme of things.

Stop your endless thinking, for a change.
Let the peace seep in. Not easy, at first, being as shell-shocked as most of us are, but easier and more natural, with practice.

There is a natural union between acceptance of the world as it is, and conservatism. Explore this more at:
http://taoism-is.blogspot.com/