Supermarket Slaughter Turns Out Not to be White Supremacy Domestic Terrorism 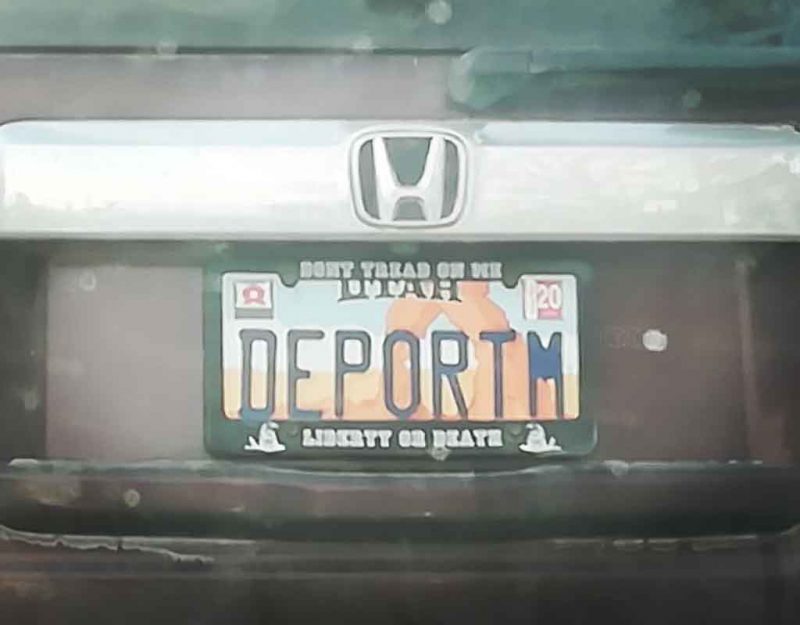 Despite massive media hype over White Supremacy and domestic terrorism, the last two incidents broke the narrative, and together, serve as an illustration showing why this narrative is entirely politically-motivated and has nothing to do with reality.

It turns out that the Colorado supermarket shooter was not a white guy:

Even more, it turns out that the Atlanta spa shooter was not a White Supremacist:

Robert Aaron Long, who goes by Aaron, said he has a sex addiction and targeted the three spas to eliminate that temptation, Cherokee County Sheriff’s Office said.

“Long told investigators that he blames the massage parlors for providing an outlet for his addiction to sex,” a release said.

According to reports from CNN, Long was in a Roswell rehab facility between August 2019 and early 2020, and was being treated for sex addiction. A former roommate told the news outlet that Long was “distraught” about his addiction to sex.

The Left has quickly pivoted its narrative from anti-Asian violence to a desire for “gun control,” which always means disarming the innocent so that the guilty can victimize them with relative impunity.

Look at how quickly they rushed to judgment about how the spa shootings must have been a hate crime:

The New York Police Department said that “out of an abundance of caution,” the NYPD’s Critical Response Command has been deployed to Asian communities throughout New York City in response to Tuesday’s shootings.

“The reported shootings of multiple Asian American women today in Atlanta is an unspeakable tragedy – for the families of the victims first and foremost, but also for the Asian American community, which has been reeling from high levels of racist attacks over the course of the past year,” Stop AAPI Hate, an organization that seeks to raise awareness of anti-Asian discrimination throughout the pandemic, said Tuesday night in a statement.

Notice the implication: since Asians were the victims, obviously this was an anti-Asian “hate crime.” If not, at least it provides a teachable moment and talking point to have a struggle session of White Guilt over the failure of diversity to function.

They did the same with the supermarket shooting, implying a racial motive based on the previous implication:

The shooting in Colorado comes less than a week after a series of shootings in the Atlanta area, where eight people were killed by a white gunman, including six women of Asian descent.

That shooting has devastated Asian and Asian American communities across the country amid rising crimes against those groups.

The Left work like insects: one makes an implication, another uses that as a basis in fact, and a third looks at that conclusion and uses that as the starting point for their reasoning. That way, we can go from vague innuendo to “official fact” within just three news articles, with zero factual basis.

In the bigger picture, the Left is trying to vault Asians into the same status as Blacks, namely as a protected and idolized minority. Their goal, as always, is to erase the majority culture and genetics of America, namely WASPs who came here as pioneers.

That way, the Left — parasites by nature — can take over and rule in perpetuity.

Many have noticed the duality in treatment of minorities who commit crimes. If the shooter is non-White, “mental health issues” are blamed; if the shooter is White, a rush to condemn White Supremacy follows, and the correction that says the shooter was not a White Nationalist runs on page five in small print a week later.

These events come at a crucial time when White people are considering the possibility of White Genocide, and how their own good nature has been used against them. White people hate cruelty, injustice, and other forms of stupidity; this lets us be led to condemn ourselves.

With the collapse of another fake media narrative, more people are noticing that Asians and Africans experience zero “racism” and “hate crimes” when they are back home on their native continents. Diversity has failed yet again, and we are getting ready to end it.

America Has Lost Its Creativity | Springtime